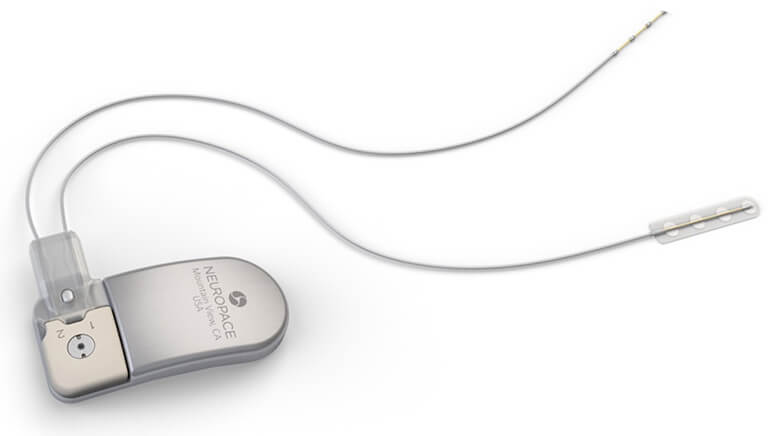 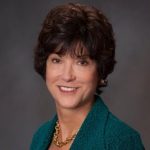 People with certain types of epilepsy may have the option to use a therapy that doesn’t include drugs. The RNS System from NeuroPace, a company out of Mountain View, California, monitors the brain for signs of an oncoming seizure and stimulates it to disrupt the process. It has been approved in the U.S. for about four years now, and we wanted to find more about how it works and how it’s being used. We had a chance to speak with Dr. Martha Morrell, Chief Medical Officer of NeuroPace, who was kind enough to answer our questions.
Medgadget: The NeuroPace RNS system has shown to be effective at reducing seizures in many patients with epilepsy. Can you give us a brief overview of how the system functions?

Dr. Martha Morrell: The RNS System is the world’s first and only medical device that can monitor and respond to brain activity in real time, preventing epileptic seizures at their source. It is FDA approved for individuals aged 18 and older who have tried at least 2 antiseizure medications but still suffer from frequent and disabling partial onset seizures that come from one or two areas of the brain. The RNS System is a small, implantable device connected to leads that are placed in up to two seizure onset areas. The device continuously monitors brain activity, detects abnormal patterns, and in response delivers imperceptible electrical pulses to normalize the activity before an individual experiences seizures. The RNS System is the only epilepsy therapy that also provides physicians clinically meaningful ongoing data about their patients’ seizure frequency and electrocorticographic activity. The patient uses a simple remote monitor at home to wirelessly collect and upload data from the neurostimulator. The data is made available to the patient’s doctor to review and analyze to personalize and improve patient care.

Medgadget: The system has been approved by the FDA for a few years now. How well has it been adopted in clinical practice? Have you gotten a sense of what the overall patient experience has been?
Dr. Morrell: The RNS System received FDA approval in November 2013. The RNS System represents a paradigm shift in how patients with partial refractory epilepsy may be treated. Over 1,300 patients have received the RNS System thus far. Data from the NeuroPace Long Term Treatment trial indicate a median seizure frequency reduction of 72% at 7 years, 30% of patients with a >90% seizure frequency reduction. Furthermore, 15% of patients have been seizure free for one or more 12 month periods. Nearly all adult comprehensive epilepsy centers offer the RNS System and it is broadly covered by private and government insurance.

Medgadget: Since NeuroPace’s RNS system doesn’t benefit everyone equally, what have you learned that may improve how the system is used, applied, or selected for different patients?
Dr. Morrell: NeuroPace is using deep learning techniques to analyze over 1 million segments of brain electrical activity to cultivate insights into the brain and optimize patients’ results with the RNS System. We believe that the programming for the RNS System will continue to improve as we learn more.

Medgadget: Are new products in the works at NeuroPace? Can you give us any idea of what the company is working on these days?
Dr. Morrell: In addition to treating epilepsy, responsive neurostimulation holds the possibility of treating many other neurological disorders that impact the quality of life for millions of patients around the world. Patients with the RNS System have already shown a statistically significant improvement in memory and cognition, which leads us to believe that the RNS System has the potential to treat a number of additional neurological disorders.

Medgadget: Please tell us about the company’s history and how it was able to develop and commercialize such innovative and difficult to introduce technology?
Dr. Morrell: The initial concept for the RNS System technology came about in the late 1990s. CEO Frank Fischer along with a group of medical device inventors, engineers, and physicians such as Dr. Martha Morrell developed the concept of expanding pacemaker/defibrillator technology to sense brain activity and respond to the activity it detected. Since there was no existing data on technology like this, Fischer’s colleagues started from scratch, analyzing tapes of electrocardiographs from patients. Following 14 years of an intensive research and development, and two clinical trials that yielded positive results, the RNS System received FDA approval. Commercializing and raising awareness around the RNS System is challenging since the RNS System was a brand new type of technology. NeuroPace is actively educating physicians, healthcare practitioners, patients and caregivers about the benefits of moving towards a paradigm where responsive neurostimulation is the standard of care for treating patients with medically uncontrolled partial onset seizures.

Medgadget: What about your experience in this field and at NeuroPace in particular? What are some of the challenges and rewards that you found interesting and important in your career?
Dr. Morrell: What we’ve accomplished at NeuroPace is true translational research—we’ve taken a concept from the bench and developed it into a treatment that is alleviating the suffering of patients with medically uncontrolled seizures. For me personally, I was able to take the knowledge and experience I’d gained during my full-time career in academic neurology and bring it into a company established to develop and deliver a completely innovative therapy. As an academic, I’d not fully appreciated how terribly hard that is to do. The tremendous team at NeuroPace created a truly innovative therapy that has transformed the lives of many people with epilepsy. I see the impact of the RNS System on the patients who participated in the rigorous clinical trials, and now I see it in the patients I am treating with the RNS System in my own practice. Being part of NeuroPace has been a rare privilege.