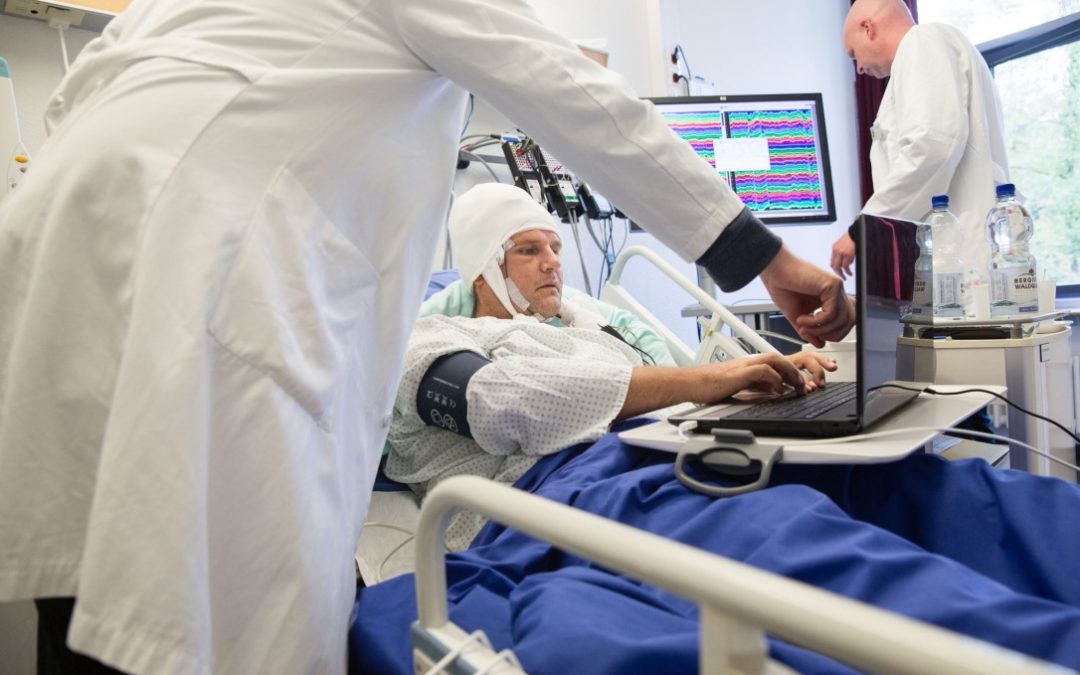 Your neurons register familiar faces, whether you notice them or not 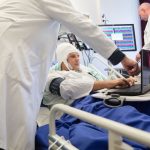 When people see an image of a person they recognize—the famous tennis player Roger Federer or actress Halle Berry, for instance—particular cells light up in the brain. Now, researchers reporting in Current Biology on September 21 have found that those cells light up even when a person sees a familiar face or object but fails to notice it. The only difference in that case is that the neural activity is weaker and delayed in comparison to what happens when an observer consciously registers and can recall having seen a particular image.

The findings offer new insight into the nature of conscious perception, the researchers say.

The “featured” photograph belowshows an epileptic patient is implanted with depth electrodes to localize the seizure onset zone for possible resection. On these rare occasions, patients are often willing to participate in cognitive experiments. The recorded signals can then be harnessed to tackle basic research questions, e.g., concerning the neuronal correlates of conscious perception. Credit: Reber et al. 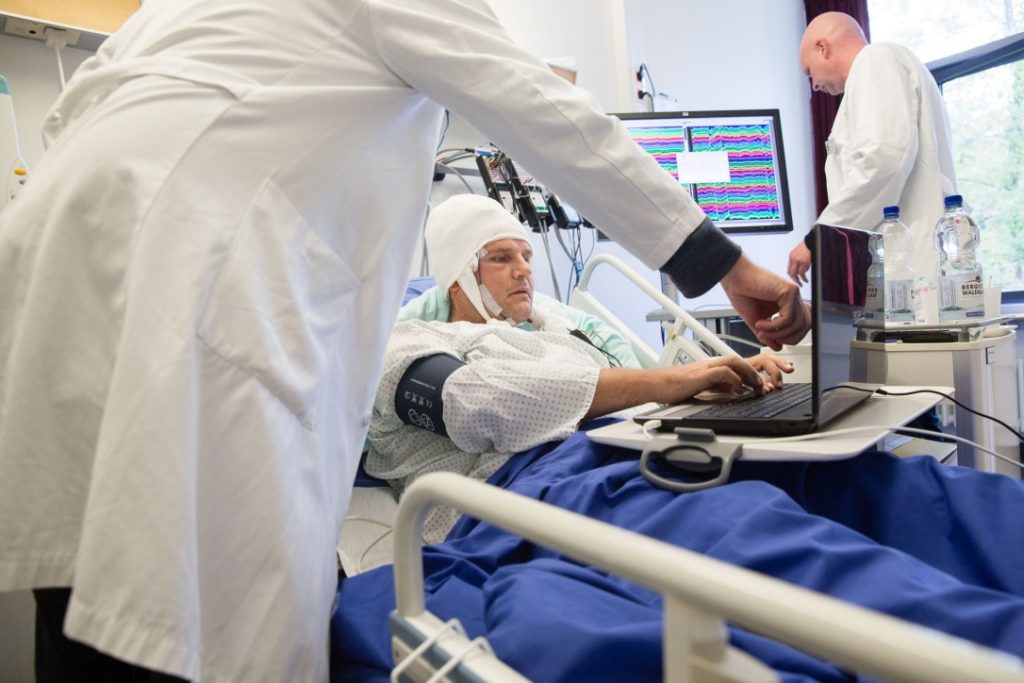 The photograph below shows an intracranial depth electrode used to record brain signals from within the brain and a one-cent coin for size comparison. The microwires protruding from the tip of the electrode (left) record action potentials from individual neurons. Credit: Reber et al. 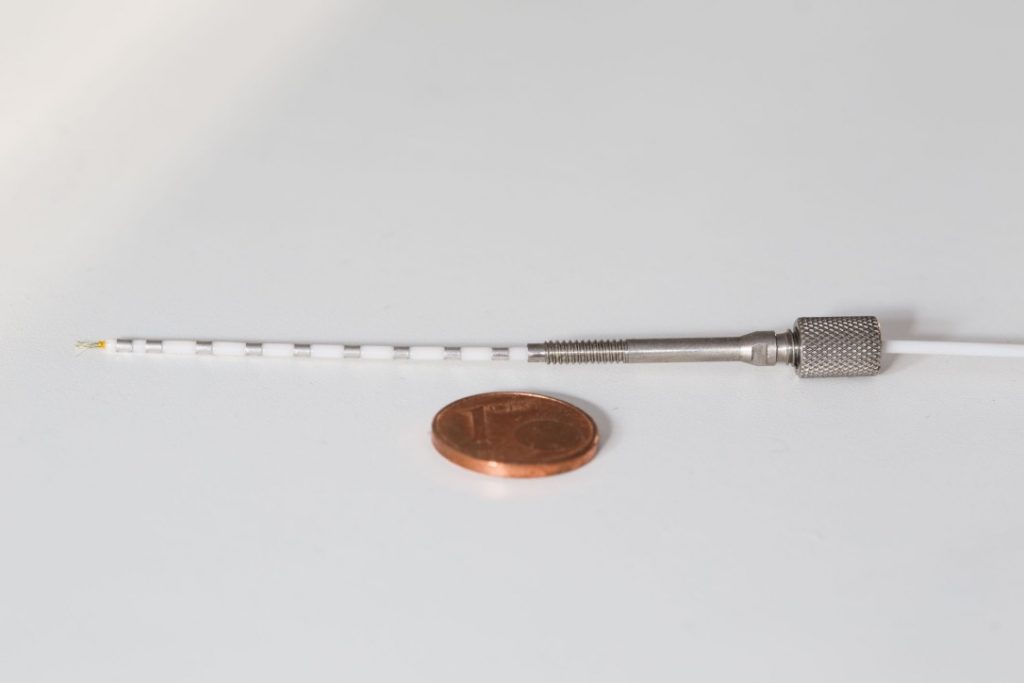 “Our study finds that a ‘Roger Federer cell’ can also become active when its owner fails to notice the image of Roger Federer rapidly flickering by in a stream of other images,” says Florian Mormann of University of Bonn Medical Center in Germany. “Thus, we find that there is highly abstract information present in neuronal activity that is inaccessible to conscious experience.”

The researchers made the discovery by recording the activity of 2,735 individual neurons in 21 neurosurgical patients implanted with brain electrodes for epilepsy monitoring. They took advantage of a phenomenon known as attentional blink in which people who attend to two familiar images in quick succession will often fail to notice the second. The experimental setup allowed the researchers to directly compare the neural response to seen and unseen presentations of the very same image.

As expected, study participants often failed to notice the presence of a second target image, especially when it was presented soon after a first target image. The researchers found that the corresponding neurons fired either way. However, there was an observable difference in the strength and timing of that neural response.

“Studying the activity of individual neurons in awake, behaving humans was key to picking up weak but informative signals from individual neurons during nonconscious perception, particularly in regions further down the processing stream, which are impossible to measure with conventional tools,” Mormann says. “We were quite surprised to see that timing of neuronal responses is indicative of whether participants report having seen the image or not.”

The researchers say they’d now like to explore how the activity of individual neurons in one part of the brain is related to activity in other brain areas and how those connections relate to conscious awareness.