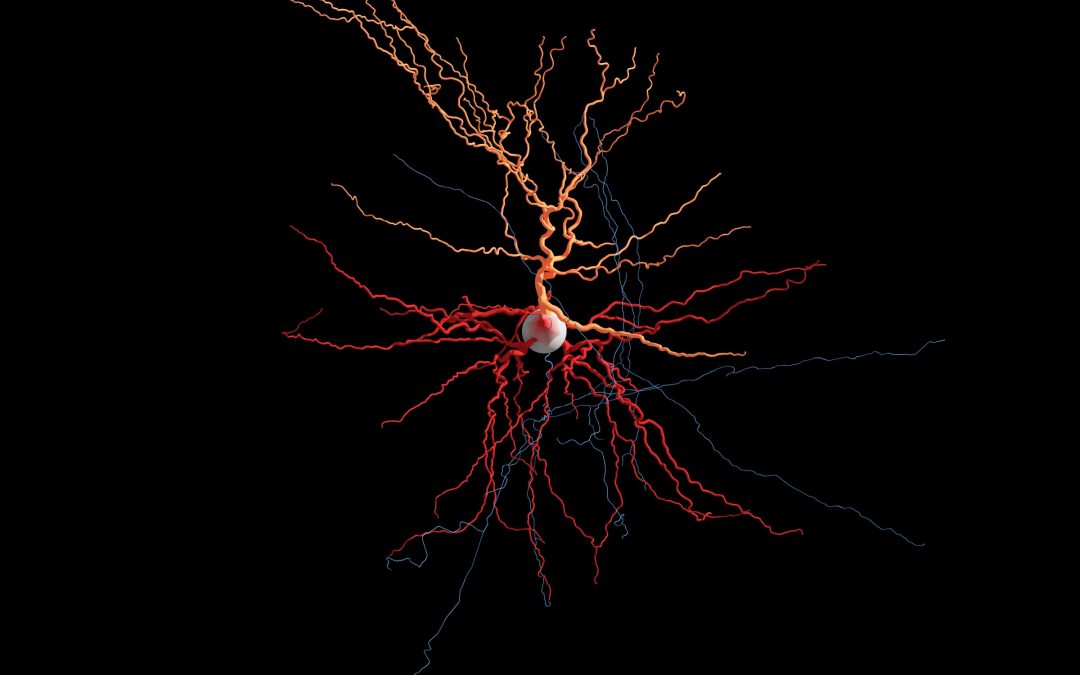 These Neurons are Alive and Firing. And You Can Watch Them In 3-D 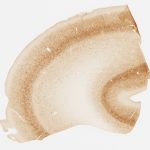 For patients with epilepsy, or cancerous brain lesions, sometimes the only way to forward is down. Down past the scalp and into the skull, down through healthy grey matter to get at a tumor or the overactive network causing seizures. At the end of the surgery, all that extra white and grey matter gets tossed in the trash or an incinerator. Well, not all of it. At least, not in Seattle.

For the last few years, doctors at a number of hospitals in the Emerald City have been saving those little bits and blobs of brain, sticking them on ice, and rushing them off in a white van across town to the Allen Institute for Brain Science. Scientists there have been keeping the tissue on life support long enough to tease out how individual neurons look, act, and communicate. And today they’re sharing the first peek at these cells in a freely available public database. It provides a more intimate, intricate look into the circuitry of the human brain than ever before. And it’s just the beginning of a much larger effort to build a complete catalog of human brain cells.
This first release includes electrical readings from a few hundred living neurons—all recently removed from 36 neurosurgery patients in Seattle area hospitals. For 100 of those cells, Allen Institute researchers built 3-D models of their branching structures, which they can use to simulate patterns of pulses and zaps. Scientists can see where in the brain neurons start and stop, and how current flows and spreads a signal throughout a neuronal network—signals that might move a muscle, or make a memory.

VIDEO: https://youtu.be/wQ9EIow7STI
“Thirty minutes ago that was part of someone’s brain, maybe even the part that holds the memory of their first kiss,” says Christof Koch, chief scientist and president of the Allen Institute for Brain Science. “No one has had access like this before, to healthy brain tissue at the level of individual neurons.”

Because of the particular peskiness of studying the human brain, most brain maps are built from mice or post-mortem human tissue. Dead brain cells can tell you a lot about shape; you can stain ‘em and characterize their morphology. But they can’t tell you anything about the function of circuits—because they don’t fire. 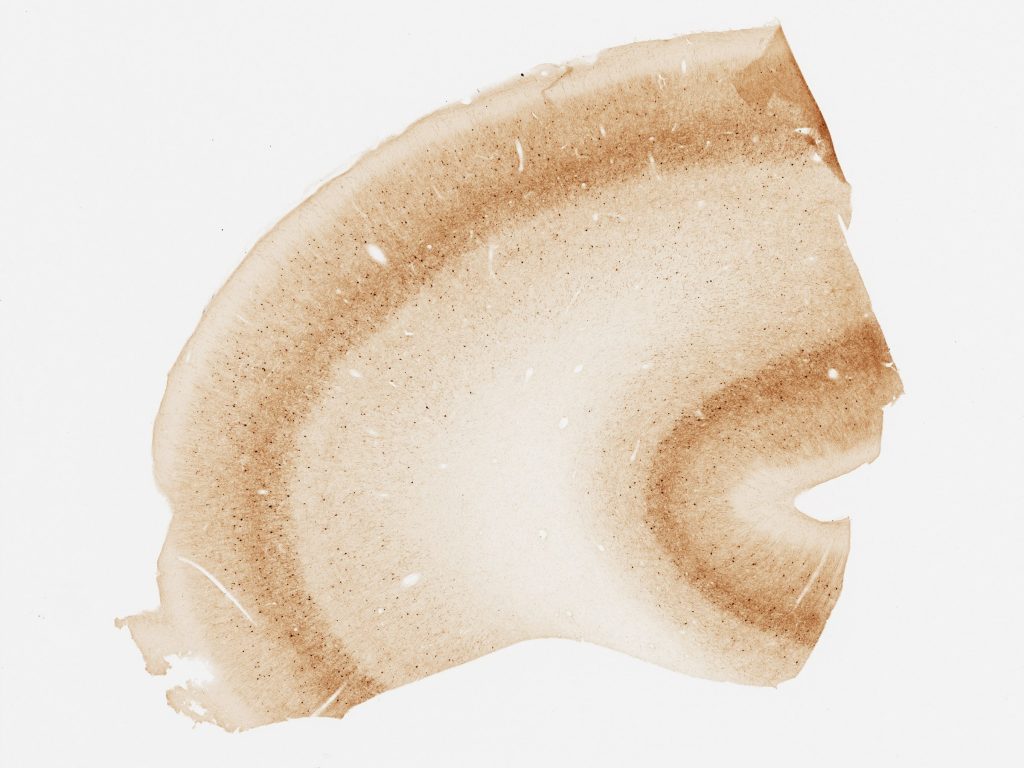 So to keep the post-op cells alive and kicking, doctors pack the pea-sized tissue on ice. They need to keep the brain bit as close to freezing as possible—about 4 degrees centigrade—to slow down metabolism and prevent the tissue from deteriorating. Once it arrives at the Allen Institute, researchers slice the sample into many dozens of sections no thinner than a silicon wafer. Each slice is loaded into special containers Allen scientists developed to keep the tissue on life support. They look kind of like little baskets, floating around a tiny pump that bubbles in a life-sustaining stream of oxygen.
That’s enough time for people like Jonathan Ting, an assistant investigator at the Allen, to isolate individual neurons and push and prod them with glass electrodes. By forming a super-tight connection with the cell—what’s called a giga-ohm seal—he can measure how it spikes in response to little shocks of energy. Each pattern of spikes acts as a signature that helps identify the function of a neuron—maybe this one forms a thought, while that one feels a feeling.
“For 150 years neuroscientists have classified cells by the way they looked,” says Ting. But, he says, like describing a person, how much can you really know about someone just by looking at them? What about how they talk? How they act? What about their social network? All these different things paint a clearer picture of who a person is. “It’s the same in neuroscience,” says Ting. “We’re just starting to align morphology with electrical behavior with genetic expression.”

In addition to the recordings and 3-D renderings released today, the Allen Institute’s database now also contains gene expression profiles for nearly 16,000 individual neurons. This emerging field, known as single cell transcriptomics, lets scientists see all the genes that turn on in different kinds of brain cells. And on Monday, the National Institutes of Health awarded the Allen Institute and its collaborators $100 million to continue classifying human brain cells based on their shape, physiology, connective properties, and gene expression. 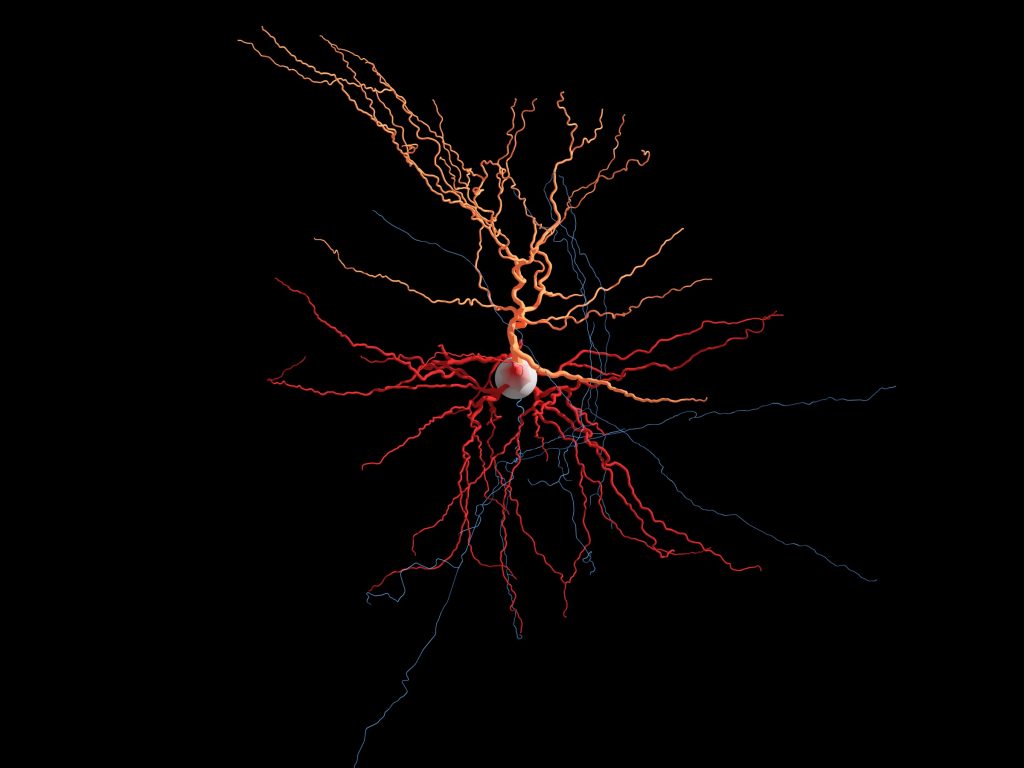 The largest bit of the grants, though, will go toward creating a comprehensive atlas of cell types in the mouse brain, which would be a first for mammals. That effort is part of the federal government’s 2013 Brain Initiative, which aims to understand brain circuits well enough to devise new therapies for diseases like epilepsy, Alzheimer’s, and muscular dystrophy. John Ngai, a cell biologist at UC Berkeley, is partnering with the Allen and four other institutions to document all the cells in the rodent brain over the next five years, which at just about the shape of a sugar cube, is roughly the size of just one of the Allen’s human brain bits.
Unlike those tissue samples though, a mouse brain is complete—it’s got all the parts, from the frontal lobe to the medulla oblongata. And while it may not be as complex as the human brain, simplicity is a plus when you’re attempting the first complete cranial catalogue for a warm-blooded creature.
Just how much is left to discover? “Almost everything,” says Ngai. “We could double our knowledge base in the next five years and still have over 99.9 percent left to learn.” These atlasing projects are really about trying to understand the hardware inside the human head. And to hope like crazy that it provides some insight into the uniquely human aspects of brain function. 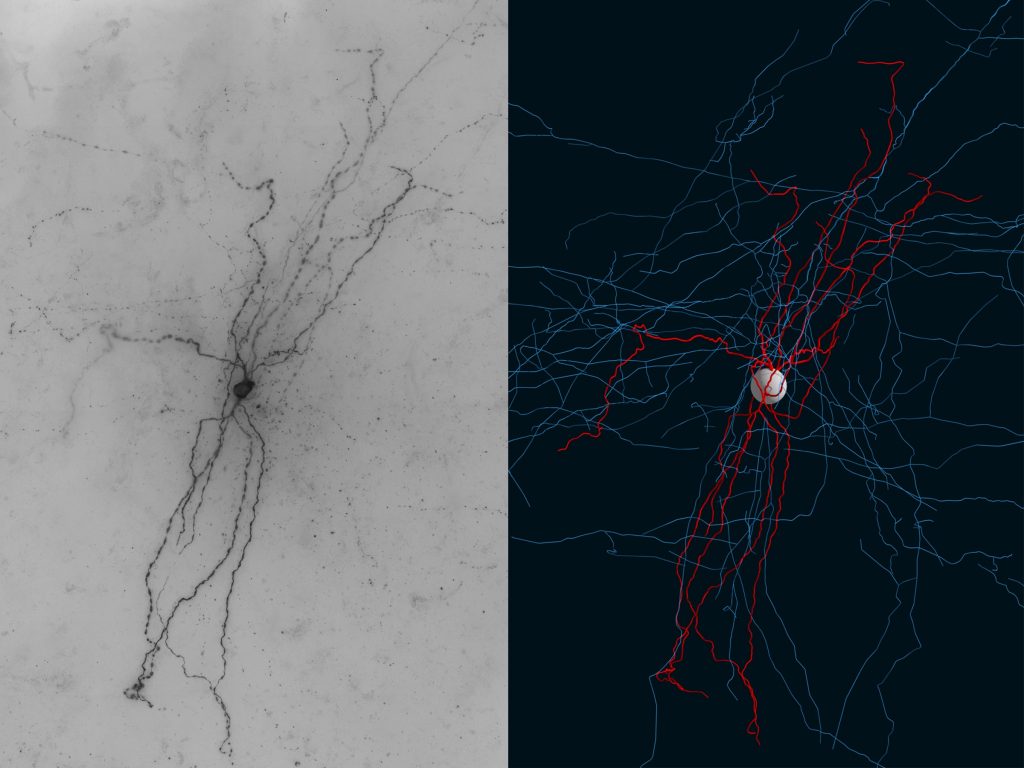