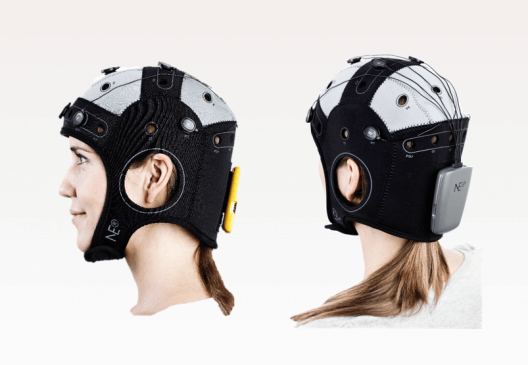 At the recent American Epilepsy Society Annual Meeting in New Orleans, Neuroelectrics Corporation presented positive results from its clinical trial treating patients with drug resistant epilepsy with Starstim™, a device that uses mild electric currents applied on the scalp to calm abnormal activity of the brain. Of the seventeen patients that completed the study, treatment with Neuroelectrics’ Starstim™ device resulted in a reduction in seizure frequency of at least 40% from baseline in 75% of the patients, measured eight weeks after treatment. Also, no device-related adverse events were reported during the study.

Neuroelectrics sponsored the FDA-approved investigational device study of its Starstim™ product (NCT02866240) at Boston Children’s Hospital, with adult patients being referred from nearby Beth Israel Deaconess Medical Center. A parallel study following the same protocol was conducted at the National Institute of Neurology and Neurosurgery in Mexico City.

All patients enrolled in the study had not responded to at least two anti-epileptic medications, and for many the next step would be brain surgery to resect the region of the brain where the seizures originate. The treatment protocol used 20 minutes of daily stimulation applied for 10 days times over two weeks, followed by an eight-week monitoring period to measure seizure frequency.

“We and our patients are delighted to have a non-invasive and non-pharmacologic option for those whose seizures have not been controlled by drugs or by surgery. Our patients and families have seen clear improvements in well-being and quality of life.”

Sixty million patients – approximately 1% of the population worldwide – live with epilepsy. Nearly one in three do not have their seizures well controlled by medications. Neuroelectrics’ Starstim™ represents a non-surgical alternative for seizure control for many of these patients. In particular, this therapy has the potential to be used for both patients who are not candidates for epilepsy surgery, and patients who have undergone epilepsy surgery but continue to have seizures.

Neuroelectrics’ Starstim™ employs a novel form of non-invasive neuromodulation called transcranial current stimulation (tCS) to deliver mild electrical currents to the brain. Neuroelectrics’ proprietary Precision-tCS™ technology develops a personalized stimulation protocol to target the specific areas of the patient’s brain where the seizures originate, as identified by the treating neurologist. The Starstim™ device is worn for 20 minutes per day, and there is no penetration of the brain or skin.

Ana Maiques, Neuroelectrics CEO, said: “We are pleased that this clinical study has demonstrated the safety and efficacy of Starstim™ in treating epilepsy. We are proud of having conducted the first FDA-sanctioned clinical trial in transcranial current stimulation in any indication, positioning Neuroelectrics as the leader in developing an option for patients that employs this powerful therapeutic brain stimulation technology.”