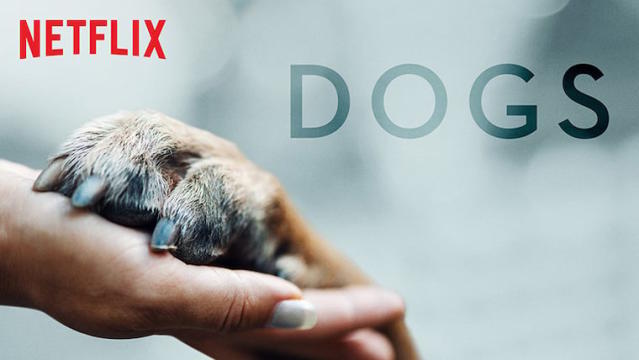 Netflix’s ‘Dogs’, despite being a new series, has already received heaps of praise for the show’s portrayal of the human-canine bond. Each episode unpacks the story of a different dog and their person. Netflix’s new show begins with Corrine, a young girl residing in Ohio who lives with epilepsy. After a yearlong wait, Corrine is finally matched with her service dog – Rory, a standard Poodle.

Having a service dog isn’t just life-changing for Corrine – it will be life-changing for her family. Corrine hasn’t responded well to multiple medications. Out of concern, her mom sleeps in her room most nights. It took a while to find a perfect match, but when 4 Paws for Ability introduces Rory, it’s love at first sight.

Rory is a standard Poodle, and he may be young, but he’s focused on his crucial job. Rory was chosen due to having a strong personality – he is not frightened by seizures, and dangerous situations do not impede his abilities.

While Rory is well-loved, it isn’t all smooth sailing. Carly, Corrine’s sister, understandably struggles with Rory’s arrival. It’s not that she doesn’t like him. To enforce his training and mentality that he must focus on Corinne, she has to have little interaction with him. However, in time, Carly comes to understand Rory’s presence as an aid, not as a pet.

“Life with Rory has been awesome. It’s been really good for my whole family, because they don’t, like, have to watch over me every second.” Corrine explains. Given Rory’s constant presence at Corrine’s side and frequently wagging tail on Netflix’s new show, he agrees.

Service dogs are an important medical aid to many, and can without question improve lives. However, the training process is long and expensive – recently, there has been a shortage of available dogs post-quarantine.

If you’d like to help, consider donating financially or donating your time to a local service dog training facility. Volunteering could be as easy as coming in for an occasional session as a ‘distraction’, or you could commit to taking a puppy home with you.

In your day-to-day life, you can help service animals by being respectful. Do not approach a working service dog. (Not sure? Just ask – it’s a good rule of thumb to ask before petting anyway!) And never disguise your own pet as a service animal to bring them into pet-prohibited buildings. Not only is this illegal, but it is also detrimental to the reputation of real service animals.