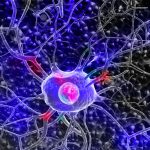 The acquisition of memories by the brain requires that neurons undergo certain physical changes. In showing exactly how these changes take place, researchers may be closer to understanding how certain diseases of the brain, such as epilepsy, develop.

The study, “Autocrine BDNF-TrkB Signalling Within a Single Dendritic Spine,” published in the journal Nature, was conducted by researchers at Duke University and the Max Planck Florida Institute for Neuroscience.

“We’re beginning to unlock some of the mysteries underlying both the acquisition of a memory in the normal brain, as well as how a normal brain is transformed into an epileptic brain,” James McNamara, MD, the study’s co-senior investigator, said in a news release.

The tiny spots where communication takes place between two neighboring neurons is called the synapse. In the synapse, neurons almost touch each other by developing a little structure called a synaptic spine. This structure releases or receives chemical inputs, depending on whether it’s located in the sending or receiving neuron.

During the formation of a memory, synapses between neurons are more active, which strengthens neuronal communication, and synaptic spines get a little larger.

Researchers observed that, among the proteins that contribute to the process of memory formation, the TrkB receptors seem to have a particularly important role. The team induced neuronal activation with a protein called glutamate (which is released in the brain when neurons are active) and used a molecular sensor capable of tracking TrkB to observe in real-time the movement and activity of this protein in activated spines in the brains of mice.

They observed that in the presence of glutamate, spines were activated and enlarged. However, if TrkB receptors were blocked, spine growth no longer occurred. These results showed that TrkB receptors activity is crucial for the proper functioning of synapses and memory formation.

Another protein, called BDNF, was also shown to be important for this process, as it works as an activator of the TrkB receptors, sent by the sending neuron. But in a surprise, the researchers observed that, during neuronal activation, this protein was also released from the receiving end of the synapse. Scientists have long believed that BDNF was only released from the sending neuron, not the receiving neuron.

This means the receiving neuron both releases BDNF into the synapses, and senses it when it comes from other neurons — a phenomenon one researcher called  “extremely unique, biologically.”

“One possibility is that BDNF is regulating several surrounding cells at once,” added Ryohei Yasuda, the study’s other co-senior author. “We’re interested in following up to understand the exact process.”

Importantly, this mechanism of memory formation may well be affected in one of the most common forms of epilepsy — temporal lobe epilepsy (TLE). In TLE, epilepsy occurs in the brain areas responsible for learning and memory.

Some cases of TLE are thought to be caused by a single, prolonged episode of seizures early in life, involving the release of higher quantities of glutamate for a longer time than takes place in healthy neurons. Previous work by McNamara’s team has shown that TrkB receptors participate in the development of TLE, and that inhibiting their activity, briefly, after the first seizure episode prevents TLE in mice.

The team is now focused on understanding exactly how TrkB activation leads to spine enlargement, and which other mechanisms are at play during memory formation and epileptic seizures.

Article by: Joana Fernandes, PhD:  Joana brings more than 8 years of academic research and experience as well as Scientific writing and editing to her role as a Science and Research writer. She also served as a Postdoctoral Researcher at the Center for Neuroscience and Cell Biology in Coimbra, Portugal, where she also received her PhD in Health Science and Technologies, with a specialty in Molecular and Cellular Biology.