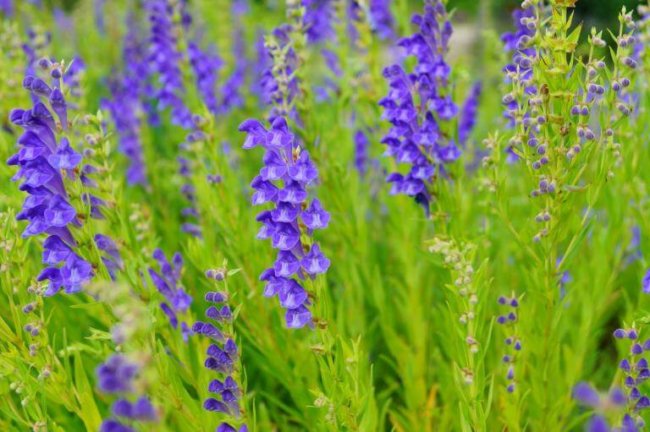 Epilepsy is traditionally treated with antiseizure medications. Although they can be extremely helpful, these medications may not work for everyone, and as with any medication, can come with a risk of side effects.

Some people with epilepsy turn to natural treatments and alternative therapies to help relieve their symptoms or complement their treatments. From herbs and vitamins to biofeedback and acupuncture, there are a number to choose from.

If you’re interested in adding something new to your epilepsy treatment regimen, speak with your doctor. You may find that some natural treatments can complement your current treatment plan. Yet, some herbs are dangerous and can interact with effective medications.

Working with a doctor to discover the right treatments for you can help you assess the potential benefits and risks, as well as let them advise on next steps.

With an increasing market and public interest, herbal treatments have soared in popularity. There seems to be an herb for every ailment.

Some of the most commonly used herbs for epilepsy are:

According to a 2003 study, a handful of herbal remedies used in traditional Chinese, Japanese Kampo, and Indian Ayurveda medicine have shown anticonvulsant effects. Still, there are no randomized, blind, controlled studies to support their benefits.

The safety, side effects, and interactions are not well studied.

Some of the above listed natural herbs can actually cause illness — even death. Currently, there’s not enough scientific proof that most herbal remedies successfully treat epilepsy. Most evidence is anecdotal.

Although some herbs might help epilepsy, others may worsen your symptoms.

Certain vitamins may help reduce the number of seizures caused by some types of epilepsy. But keep in mind that vitamins alone don’t work. They may help some medications work more effectively or reduce your necessary dosage.

Follow your doctor’s instructions before taking vitamin supplements to prevent a possible overdose.

Vitamin B-6 is used to treat a rare form of epilepsy known as pyridoxine-dependent seizures. This type of epilepsy usually develops in the womb or soon after birth. It’s caused by your body’s inability to metabolize vitamin B-6 properly.

Although the evidence is promising, more research is needed to determine whether vitamin B-6 supplementation benefits people with other types of epilepsy.

Some people with epilepsy may also have a vitamin E deficiency. A 2016 study found that vitamin E increases antioxidant abilities.

This research also suggested it helps decrease seizures in people with epilepsy whose symptoms aren’t controlled by conventional drugs. The study concluded vitamin E may be safe to take with traditional medicines for epilepsy. More research is needed, however.

Medication used to treat epilepsy may also cause biotin or vitamin D deficiency, and worsen your symptoms. In these cases, your doctor may recommend vitamins to help manage your condition.

Certain dietary changes may also help decrease seizures. The best-known diet is the ketogenic diet, which focuses on eating a higher ratio of fats.

The keto diet is considered a low-carb, low-protein diet. This sort of eating pattern is thought to help decrease seizures, although doctors don’t know exactly why.

Children with epilepsy are often put on the ketogenic diet. Many people find the restrictions challenging. Still, this type of diet might complement other treatment measures to help reduce seizures.

In 2002, Johns Hopkins Medicine created a modified Atkins diet as a low-carb, high-fat alternative to the ketogenic diet for adults with epilepsy.

The organization indicates that recent studies show the diet lowers seizures in almost half of those who try it. No fasting or counting calories is required. A decrease in seizures is often seen in just a few months.

Some people with epilepsy try to control their brain activity to reduce the rate of seizures. The theory is that if you can detect symptoms of an impending seizure, you may be able to stop it.

Many people with epilepsy experience aura symptoms about 20 minutes before a seizure occurs. You may notice unusual smells, see strange lights, or have blurry vision.

You may feel symptoms for several days leading up to the event. These symptoms include:

Self-control methods are used to prevent or decrease the intensity of the seizure once it arrives. There are several techniques, all of which require good concentration and focus.

The problem with these methods is that there isn’t a single technique to stop a seizure. And there isn’t a guarantee that any of them will work every time.

Another approach involves biofeedback. Like self-control measures, the purpose of the process is to take control of your brain activity.

Biofeedback utilizes electrical sensors to alter brain waves. At least one study found that biofeedback significantly reduced seizures in people with epilepsy who couldn’t manage their symptoms with conventional drugs.

Physical therapists commonly use biofeedback. If you’re interested in this procedure, seek a professional with credentials.

It may be difficult to manage your condition with self-control and biofeedback alone. Both procedures require time, persistence, and consistency to master. If you decide to go this route, be patient. Don’t reduce or stop taking any prescribed medications without your doctor’s approval.

The exact way acupuncture helps isn’t understood, but the ancient Chinese practice is used to help ease chronic pain and other medical issues. It’s thought that by placing fine needles in specific parts of the body, practitioners help the body heal itself.

Acupuncture may change brain activity to reduce seizures. One hypothesis is that acupuncture may keep epilepsy in check by increasing parasympathetic tone and changing autonomic dysfunction.

The practice sounds good in theory. But there isn’t scientific evidence to prove that acupuncture is an effective epilepsy treatment.

For the most part, evidence supporting natural treatments for epilepsy is anecdotal. There isn’t the research to support safe use.

There also isn’t a single treatment or alternative remedy that will work for everyone. Your neurologist is your best source of epilepsy information and care. Your brain is a complex network. Each case is different, and seizures vary in severity and frequency.

Different kinds of epilepsy also respond to different herbs and different medications. Herbs or other natural treatments may interfere with medications and seizures might result.

Many people try varying treatment methods until they find one that works best for them. Epilepsy is a serious disease, and it’s important to prevent seizures. Natural treatments may complement your medical treatment. In some cases, these therapies may even improve your treatment.

Despite their potential, natural treatments still pose significant risks. This is especially the case with herbs and vitamins, as they can interact with some medications.

Some supplements can even be as powerful as conventional drugs. Be sure to consult your doctor before adding any herbs or supplements to your regimen.

You shouldn’t discount natural treatments for epilepsy, but treat them as separate options for epilepsy care. Take note of which methods interest you and discuss them with your doctor before you try them.

The safest way to treat epilepsy is in full consultation with your neurologist. Adding herbs or other treatments without consulting them may interfere with your medication’s effectiveness and might risk more seizures.