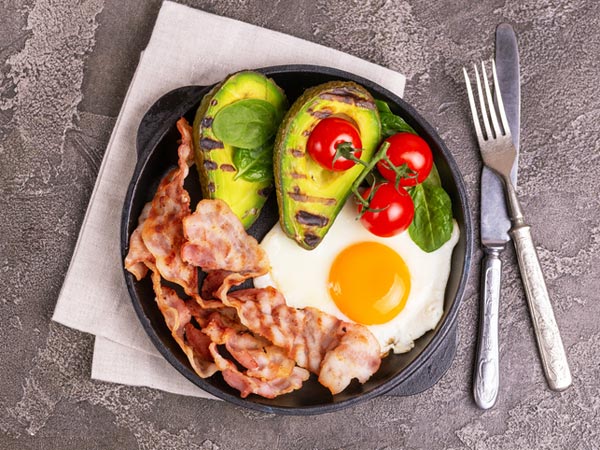 A woman whose child suffered from seizures as a child claims a keto diet helped control them.

Susan Hall says her son’s rare form of epilepsy “grew out of control” in 2000 when he was just 18 months old; he suffered up to 80 seizures a day with anticonvulsants barely helping.

Desperate, Hall turned to the ketogenic — or keto — diet, which claims to help control seizures in children.

“Research has found that about half of children with epilepsy who go on a keto diet see a 50% reduction in their seizures and 10 to 20% of kids’ seizures were reduced by 90% or more,” Hall tells Insider, citing a report from the Cleveland Clinic. “Outside of treating epilepsy seizures, doctors do not recommend the keto diet for children and teens.”

Hall’s son was out on a diet that consisted of 80% fat, consuming around 800 calories a day.

The keto diet centers on fat — which supplies as much as 90% of daily calories — aiming to force your body into using a different type of fuel.

According to Harvard Health Publishing, instead of relying on sugar (glucose) that comes from carbohydrates — such as grains, legumes, vegetables and fruits — the keto diet relies on ketone bodies, a type of fuel that the liver produces from stored fat.

Hall says she consulted Judy Tomer, a dietitian who headed the University of Michigan’s Mott Children’s Hospital’s ketogenic diet team and reportedly told her the diet wouldn’t be easy. Hall was told her son would have to enter and maintain a “high degree of ketosis,” which Tomer says is “the state that causes the body to produce ketones, which are thought to be responsible for seizure control.”

The concerned mom described the diet as “grueling,” with a sample breakfast consisting of a “tiny portion” of carbohydrates with an equal amount of protein. The rest of the meal would be made up of fat, with Hall sometimes giving her son a spoonful of olive oil.

Hall said her son still has daily seizures — but she and her husband only count five or 10 now, not the previous 80.

Her son came off the diet after a year when his neurologists suggested a more “aggressive therapy” to treat the seizures.

While most people with epilepsy do not have intellectual disabilities, the years of uncontrolled seizures took a toll on my son’s brain,” Hall says. “But his life is anything but a tragedy.”