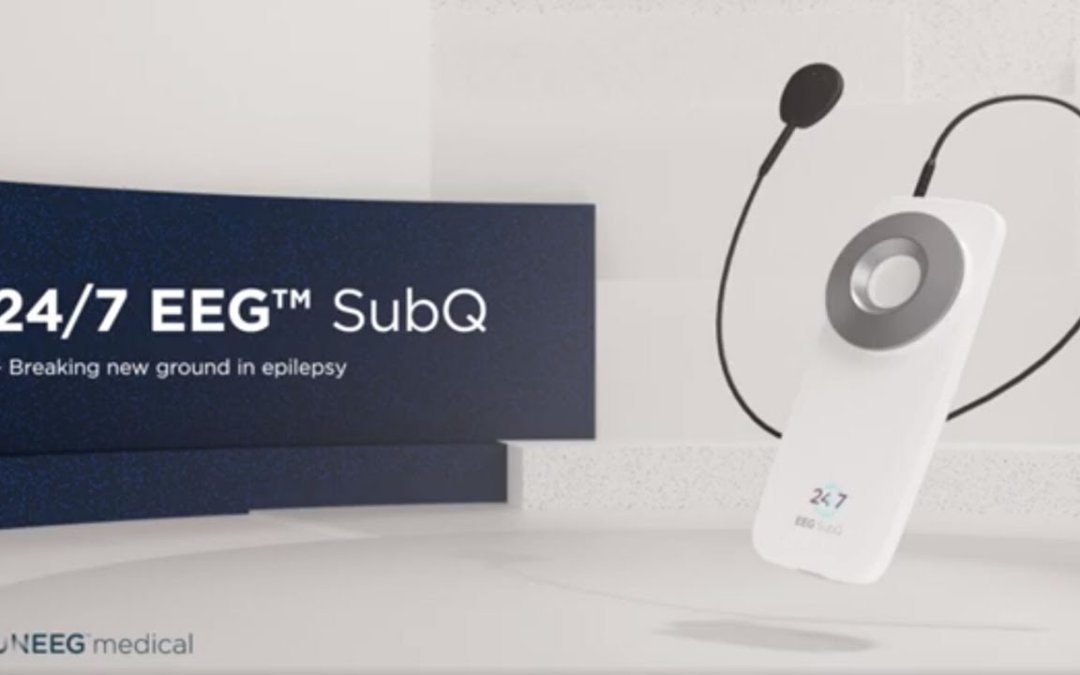 It’s not every day you get asked to share your epilepsy story on Morning TV, let alone get to meet one of your musical heroes! For Epilepsy Action media volunteer Murray, it was all in a day’s work when he got the call to feature in a BBC Morning Live film, fronted by Martin Kemp (Spandau Ballet/Eastenders).

Murray has been working with the research team at Kings College London to trial the UNEEG SubQ device – a small, implantable device which is fitted under the skin. It is constantly monitoring seizure patterns to give people like Murray more detailed information to help them better understand and predict their seizures.

This National Epilepsy Week, Murray gives us a behind-the-scenes look at his Morning Live experience and shares his words of inspiration and support about living with epilepsy.

I was recently asked if I would like to be interviewed by the BBC’s Morning Live programme about my epilepsy and the SubQ implant that records and measures the data on my seizures. I was happy to help.

At first I was told I was going to be interviewed at King’s College where the surgery took place, by none other than Martin Kemp, 80’s pop legend! This was a dream for me, one because I am a massive music fan of that era – I still remember sitting on the floor as a boy watching Martin striding across Wembley Stadium playing Bass at Live Aid ’85 with Spandau.

Things got a bit madder when the producer phoned me back and told me that Martin said that he wanted to interview me at my house.

Wow, so I’ve been to hundreds of gigs, met lots of my heroes, have so much memorabilia from over the years. But now, one of them is coming to my house, because he wants to speak to me, about my condition?

Martin was completely down to earth, incredibly humble and took his time to talk about our experiences of epilepsy, the side-effects and medications. He wasn’t a celebrity that day – we were two guys sharing our epilepsy stories and he knew his stuff. I really admired his attitude and positivity.

It was amazing seeing the first 100 days’ worth of data on screen for the first time at King’s College with Martin and Professor Mark Richardson, who headed up the SubQ project. It showed the seizures, which lasted longer than I thought, but also other seizures I hadn’t seen, and even muscle movements. The science behind this is incredible and I’m confident it will change – and save – lives.

My friends and work colleagues were jealous about me meeting Martin, especially the ladies! But ultimately all were happy that the message was going out and everyone backed me, and they continue to do so.

The SubQ itself has become part of me now. It doesn’t feel like it’s there anymore. I can’t believe it’s been just over six months since I had it fitted. To think there’s a 10cm wire running the length of my temporal lobe, yet it’s invisible and taking in all that information, 24 hours a day. To anyone else, the wire looks like it could be connected to my headphones when I’m listening to my music. It really isn’t noticeable and looks like I’m wearing some futuristic MP3 player.

Sure, it took a little while getting used to locating the sweet spot when connecting the outer pad to the embedded disc, but it’s second nature to me now. I’ve caught it a couple of times in my sleep, but it doesn’t hurt. I just reconnect and I’m ready to go again. I can’t really break it. There’s only simple rule I need to follow – don’t get it wet. For anyone living with epilepsy, you download the data like taking your medication. It’s part of the plan of looking after your health. A digital diary of sorts and a million times more accurate because your brain is doing all the work.

On the day of the operation, I was both nervous and excited, but probably more of the latter. I had so many questions. Would it hurt? Why was I doing this? Would it help me? Would it help others? Will it tell me anything about myself?

After my first review recently, I got the answer to my final question. This device really works. Going forward, algorithms will be able to predict what seizures may come before they even happen to me. Incredible. I think the device itself will make a change to my life because, after 26 years of living with epilepsy, it will finally tell me the story of my condition over longer periods. It is constantly being monitored. I recently had a fall and hurt my back during a seizure. It has only happened 3 times in my life, but this time I was wearing the SubQ, so I feel like I have captured it and I will find out what was happening in my brain at that moment and why it happened.

If I were to give any words of wisdom, it would be to make sure that you live with and own your condition as much as you can. Don’t let it be the other way around. Talk to people about it. It really helps. I have come to accept that Epilepsy is part of who I am. It always will be. I don’t fear it, I embrace it. I used to be scared but I can’t live like that anymore because it will make me ill in other ways. I cannot be cured, but I hope that what I have to share will, someday, save someone else. That is my only wish.