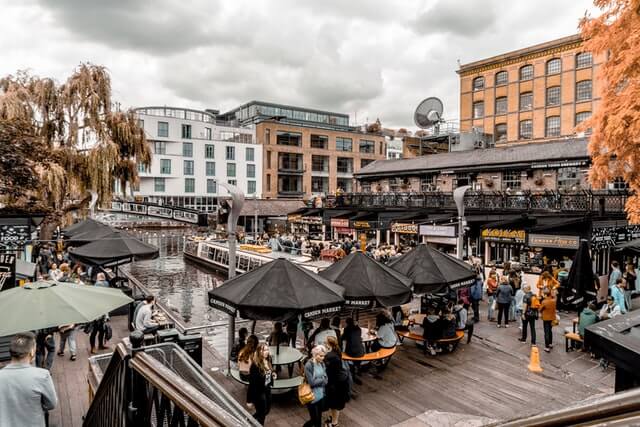 A North London mum with epilepsy claims she has waited more than a year for her landlord to fix her home and says the stress caused by delays has made her have more seizures.

Elizabeth Gunthorpe, 52, who has lived at the property on Innovation Close in Alperton for 25 years, says she feels as though she is “going round in circles” trying to get the housing association, Notting Hill Genesis (NHG), to complete the works. She said: “It’s been a year of continuous drama and I’m not the only tenant on this close that’s dealing with it. Since last January we have had three housing officers. every time a new officer starts you have to repeat the whole process.”

The mum of three, who is registered disabled and listed as a vulnerable tenant, says she has been complaining to NHG since January 2022 about the issues. She claims there’s moss growing on the roof as broken guttering has caused water to be directed on the tiles.

The guttering is also blocked by “flowers growing out of [pipes]”, a wooden back door and window has rotted, a garden fence panel needs replacing, and she has requested that kitchen units be lowered so she can reach them.

Elizabeth said: “Last year it was phone call after phone call and the housing officer wasn’t contacting me. I’ve given up on chasing now as I have no other option, my health is important at the moment.

“My seizures have increased, [the doctor] has had to give me extra medication for what I already take. I am waking up covered in blood, my face is covered in blood, and that’s because I am biting up all the inside of my mouth. I am sleeping with a mouth guard now, It’s all the stress.”

She says that, during December’s freezing weather, she didn’t have her heating on due to the gaps in the front and back doors. She said: “I didn’t bother turning it on because the sealant all round the front door is gone and I have been complaining for months. You can feel the breeze coming through the house.”

During heavy rain, water allegedly forms underneath the back door, leading the frustrated resident to conclude that it “won’t be long” before damp and mould starts to appear. Elizabeth said: “My home is my sanctuary. I’m not asking them to come in here and do miracles, just their job.

“I’m tired of it, it’s taking a toll on me emotionally and physically. They offered me £250 as a goodwill gesture, I told them to keep it. I have spent that on phone calls alone.”

A spokesperson for NHG said that a surveyor has been to look at the condition of the back door and their opinion was that it “can be repaired and doesn’t need replacing”. They claim a contractor has been organised to carry out the repair work “on several occasions” but “the resident has declined”. In response, Elizabeth said: “The wood is rotten, how do you fix rotten wood? When you touch it the wood automatically starts flaking and peeling.”

Representative for Alperton ward, Cllr Anton Georgiou, said that when he first met Elizabeth last year she was “already exhausted” from dealing with the problems. He claims NHG has “consistently failed to address issues” at her home.

He added: “Unfortunately, Elizabeth has to contend with complex medical conditions and the stress that this situation has caused over many, many, months is making them even worse. That is simply not right.

“I implore NHG to prioritise the required works at Elizabeth’s property, to offer compensation for the trauma this has caused and to start treating all their residents with the level of care and empathy that they rightly expect and deserve.”

The NHG spokesperson said: “A surveyor has been to look at the condition of the resident’s back door. Her opinion is that the door can be repaired and doesn’t need replacing. We’ve organised a contractor to attend to carry out the repair on several occasions, but the resident has declined. We will continue to try and resolve this issue.

“The fencing has been repaired but we recognise the resident is unhappy with the aesthetics. As such we will review whether any changes can be made to the panel at the end of the garden.

“A contractor attended and cleared the guttering at the property in October 2022. At this time no broken guttering was identified. We recently raised a new job for a contractor to attend to inspect and fix any broken gutters if necessary. We’ve also recently raised a repair for a contractor to tackle the moss on the roof of the property. We are in regular contact with the resident and will work with her to get these repairs scheduled as soon as possible.”