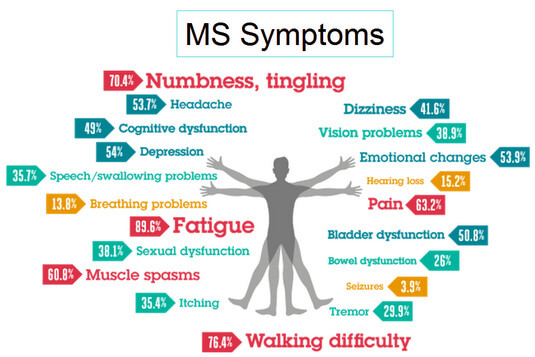 MINNEAPOLIS – A drug used to treat multiple sclerosis (MS), alemtuzumab, was found to reverse some of the physical disability caused by the disease, according to new research published in the October 12, 2016, online issue of Neurology®, a medical journal of the American Academy of Neurology. Because it can cause serious side effects, alemtuzumab is generally used in people who have not responded well to other MS drugs; however, in this study it was used relatively early in the course of MS.

The drug is used in relapsing-remitting MS, the most common form of the disease, in which symptoms alternate between sudden worsening and remission.

“While many MS drugs slow the progress of disability, there have been little data about the ability of current treatments to help restore function previously lost to MS,” said study author Gavin Giovannoni, MD, PhD, of Queen Mary University of London, United Kingdom.

For the study, people with relapsing-remitting MS who did not respond well to at least one other MS drug were treated either with alemtuzumab (426 people) or the drug interferon beta-1a (202 people).

Researchers assessed the participants’ level of disability at the beginning of the study and again every three months for two years. By the end of the study, nearly 28 percent of those receiving alemtuzumab had improved by at least one point on a disability test, with scores ranging from zero to 10, compared to 15 percent of those receiving interferon. People receiving alemtuzumab were 2.5 times more likely to improve on the assessment of thinking skills than those receiving interferon, and were more than twice as likely to improve on the ability to move without tremor or clumsy movements known as ataxia. The researchers adjusted the results to make sure the improvements were not driven by people recovering from recent relapses.

Giovannoni noted that the benefits of alemtuzumab, if confirmed, need to be considered along with its risks, which include the risk of serious and rarely fatal autoimmune problems as well as infusion reactions.

“These results are encouraging, but exactly how alemtuzumab may reverse damage, whether it’s through repairing myelin, creating new nerve synapses, greatly reducing inflammation or some other mechanism, is yet to be investigated,” said Bibiana Bielekova, MD, of the National Institute of Neurological Disorders and Stroke in Bethesda, Md., and Fellow of the American Academy of Neurology, who wrote a corresponding editorial. “Longer studies are also needed to see how many people experience, or do not experience, improvement in disability over longer periods of time.”

The study was supported by Sanofi Genzyme and Bayer HealthCare Pharmaceuticals.

The American Academy of Neurology is the world’s largest association of neurologists and neuroscience professionals, with 30,000 members. The AAN is dedicated to promoting the highest quality patient-centered neurologic care. A neurologist is a doctor with specialized training in diagnosing, treating and managing disorders of the brain and nervous system such as Alzheimer’s disease, stroke, migraine, multiple sclerosis, concussion, Parkinson’s disease and epilepsy.

Disclaimer: AAAS and EurekAlert! are not responsible for the accuracy of news releases posted to EurekAlert! by contributing institutions or for the use of any information through the EurekAlert system.