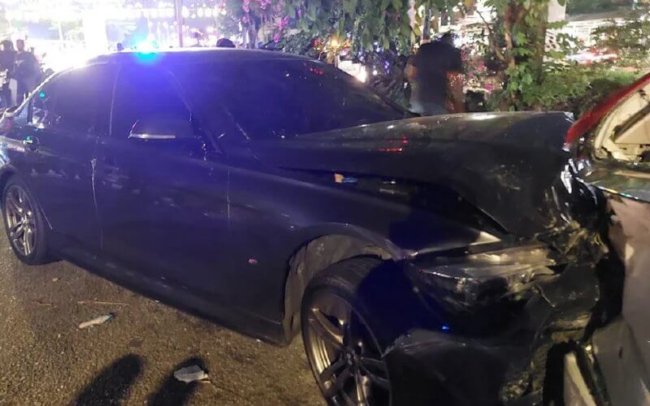 MELAKA: Six people were injured in an accident involving 10 vehicles when one of the drivers, who is an epileptic, had a seizure at the traffic light intersection at Jalan Tun Abdul Razak, Lebuh Ayer Keroh, here yesterday.

Melaka traffic enforcement investigation department head Amran@Mohamad Zaki Omar said the incident occurred at about 9.15pm when all the victims, involving drivers and passengers in the affected vehicles, were at the Taman Chiptaco traffic light intersection.

“All 10 vehicles were waiting at the traffic light junction when a 38-year-old man, who was at the wheel of a BMW, suffered a seizure.

“This caused him to press the accelerator pedal, causing the car to move at speed and crash into the vehicles in front before it stopped.

“The man then had a second seizure, causing the BMW to speed up again and crash into more vehicles,” he said when contacted today.

Six of the drivers and passengers in the other vehicles suffered injuries as a result of the accident. All of them were sent to Melaka Hospital for treatment.