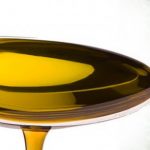 Francis Filloux, MD, chief, Division of Pediatric Neurology, University of Utah, Salt Lake City, reported study results from his center, one of several across the country that participated in an expanded-access investigational new drug program launched by GW Pharmaceuticals.

They found a reduction of the total number of seizures by a median of 38% at 3 months and 31% at 6 months.

The findings were presented during the recent Child Neurology Society (CNS) 2015 Annual Meeting.

The study included children and young adults who had drug-resistant epilepsy. Participants included those with Dravet syndrome, Lennox-Gastaut syndrome, early-onset epileptic encephalopathies of mixed type, intractable epilepsy of unknown cause, and structural lesions.

These patients started on a cannabidiol (CBD) dose of 2 mg/kg per day, which was increased to a maximum tolerated dose or to 25 mg/kg per day.

The product is a highly purified extract from the marijuana plant that is prepared in an oil-based liquid. Dr Filloux has been told by some older verbal patients that the taste can be somewhat offensive. It has no psychoactive properties, he noted.

Of the 25 patients enrolled in the study, two discontinued treatment before 6 months. One boy stopped medication after a few months because of intolerable diarrhea, and another patient discontinued the drug because of persistent nausea/vomiting. One patient didn’t report 6-month data at the time of the analysis.

More than three quarters (77%) of the 22 remaining patients experienced fewer seizures after 6 months.

One patient, a female young adult whom researchers believe has complex partial seizures secondary to brain toxicity from leukemia treatments, became seizure-free after the first dose.

A few patients with Dravet syndrome did experience a dramatic response, but only temporarily, he said.

Even now, close to a year later, the patient with the almost immediate response continues to be seizure free, Dr Filloux told Medscape Medical News.

With such a dramatic response, some experts were skeptical that the patient even had epilepsy, said Dr Filloux. “But there’s absolutely no question that the patient had epileptic events because we had monitored her with video EEG [electroencephalographic] monitoring before the study started.”

Other sites, too, are reporting equally dramatic responses. “I think that 8% to 10% of patients have had 100% seizure control, so there is a small subset across all sites where similar benefits are being observed,” said Dr Filloux.

In addition to seizure control, parents of the Utah patients reported other benefits of the drug at 3 months, such as improved alertness (40%), greater sociability (40%), and decreased irritability (24%). Some parents also reported that their child had better sleep and a “burst” in developmental progress, said Dr Filloux.

However, he stressed that the study was uncontrolled, symptoms were self-reported by families, and there has been a lot of news coverage of medical marijuana for the treatment of epilepsy.

“Many parents had been avidly desirous of their child going on this cannabidiol because of what they had read in the lay press, so they were primed to believe this cannabidiol might be beneficial.”

On the other hand, he said, it’s important to keep in mind that these children have “horrible epilepsy” and most have been on more than 10 medications for seizure without success. “Any improvement to that degree in this population that is sustained is a pretty dramatic response.”

The main adverse effects were mild diarrhea and appetite changes, which were expected. Seven serious adverse events occurred, but none were deemed related to the study drug.

Several patients had to be admitted to the hospital during the study for seizure aggravation, but this is typical for this patient population, said Dr Filloux. One patient fell during a seizure, sustained a fractured jaw, and was hospitalized.

Utah falls somewhere in the middle of the states when it comes to access to medical marijuana. Last year, the state passed a law allowing families of children with intractable epilepsy to possess “hemp oil,” which has very low levels of tetrahydrocannabinol (THC), after getting approval from their neurologist, said Dr Filloux.

Colorado and Washington have more liberal laws, while patients in Idaho have no legal access to any marijuana product, he said.

The study medication and administrative and regulatory advice were provided by GW Pharmaceuticals. Dr Filloux has disclosed no relevant financial relationships.