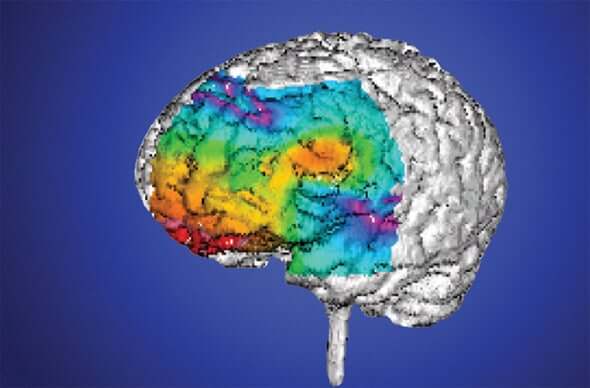 Researchers measured a predictive increase in transfer RNA in people with epilepsy.

More than 50 million people worldwide have epilepsy, and one of its harshest aspects is its unpredictability. Sufferers rarely know when a seizure will occur.

But molecular biologist Marion Hogg of FutureNeuro, a research institute hosted at the Royal College of Surgeons in Ireland, and her colleagues have found molecules whose levels in the bloodstream differ before and after a seizure. This discovery could lead to a blood test that gauges when seizures are likely to strike, enabling patients to take fast-acting preventive drugs. The study, published in July in the Journal of Clinical Investigation, may even offer clues about epilepsy’s causes.

The researchers analyzed plasma samples from the blood of people with epilepsy and found that certain fragments of transfer RNA (tRNA)—a molecule involved in translating RNA into proteins—appear to spike hours before a seizure, then return to a normal level afterward. These fragments form when enzymes cut tRNAs in response to stress, possibly caused by increased brain activity in the run-up to a seizure.

Neurologist Mark Cook of St. Vincent’s Hospital in Melbourne, Australia, who was not involved in the work, says the tRNA fluctuations could reflect the rhythms of biological clocks. “In adults with chronic epilepsy, we see cycles running over seven, 28, 40 days,” Cook says. “These patterns control brain excitability, making you more or less liable to seizures.” The new findings may thus ultimately lead to a better understanding of the causes of epilepsy. “We haven’t known what’s driving the cycles, but there may be a clue here that there are genes driving the system, generating these fragments, which allow prediction of seizures,” Cook says. “That’s very exciting because it tells you something not only about epilepsy but about how the brain works.”

Cook’s group previously predicted seizures by monitoring brain activity, but that required invasive surgery. FutureNeuro researchers are working on a seizure-prediction device that uses pinprick blood tests at home, similar to a glucose monitor. The study’s analysis needed relatively large amounts of plasma separated from blood—so an immediate challenge is developing a device that works both with small samples and with whole blood. “We anticipate such a device may be available for patients to use in the next five years,” Hogg says.

Advance warnings could make a major difference in patients’ lives. “If you had an indication, perhaps you wouldn’t go into work, or drive, or go swimming,” Hogg says. And although some epilepsy drugs are fast-acting, most are for long-term management—but nearly a third of patients do not respond to the latter. Cook says that accurate seizure prediction would encourage drug development for acute use, which could mean fewer side effects as compared with a daily regimen.

This article was originally published with the title “Seizure Warnings” in Scientific American 321, 5, 11 (November 2019)