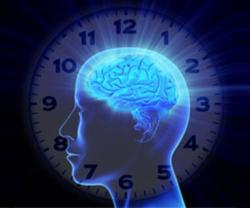 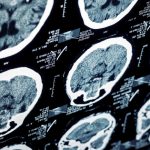 Using a new magnetic resonance imaging (MRI) method, researchers from the Guangxi Medical University in China found that patients with mesial temporal lobe epilepsy have microscopic brain changes in the thick bundles of nerve fibers connecting the two brain hemispheres — a finding that might be linked to cognition.

The study, “Reduced local diffusion homogeneity as a biomarker for temporal lobe epilepsy,” published in the journal Medicine, demonstrated that the technique could help identify differences between healthy people and those with epilepsy with 92 percent accuracy.

The method used in the study — called local diffusion homogeneity — measures the coherence of water molecules diffusing through brain tissue to determine the structural properties of the tissue on a microscopic scale. It is the latest addition to other methods using similar approaches, and scientists believe it can provide additional information on brain changes complementing already existing MRI methods.

The Chinese research team recruited 11 patients with left-sided and 16 patients with right-sided epilepsy along with 20 healthy controls. All patients had hippocampal sclerosis, a typical brain degeneration causing the epilepsy. Using medications, all patients had a similar level of control over their epilepsy.

Compared to the control subjects, patients with both left and right-sided epilepsy had lower values of local diffusion homogeneity in the front part of the corpus callosum, a brain region connecting the brain hemispheres with thick nerve bundles.

Further analyses showed that the characteristics identified in the brain imaging of patients could be used to discriminate between patients and controls. The team also concluded that the results were independent of disease duration, but age seemed to impact the values in patients with left-sided epilepsy.

The study also confirmed earlier findings showing that brain connections, including myelinated axons in other parts of the brain, are affected in epileptic patients.

The authors admit that the study has a number of weaknesses, namely its small size and the inclusion of patients using various types of medications that could potentially influence the results. The study also did not investigate why the values of this method affect the linking tract of the brain, and how the measure relates to symptoms. An earlier study suggested that abnormalities in this brain region might be linked to problems with cognition in patients.

Researchers suggest that future studies need to include assessment cognition in patients to explore if the identified brain changes affect cognitive abilities.