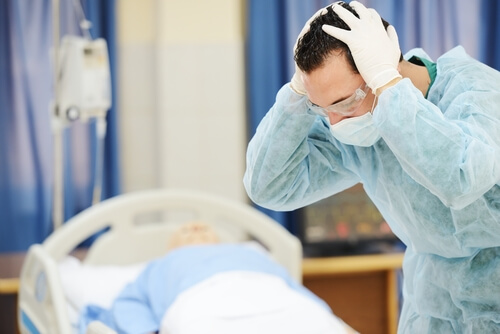 Medical Error Is Third Leading Cause of Death in US 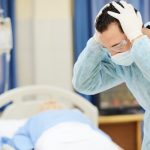 We at EpilepsyU.com say ask questions of your doctors, nurses, hospital, medical technicians or anyone involved with your care.  Take control of it to be safe!

Medical error is the third leading cause of death in the United States, after heart disease and cancer, according to findings published today in BMJ.

As such, medical errors should be a top priority for research and resources, say authors Martin Makary, MD, MPH, professor of surgery, and research fellow Michael Daniel, from Johns Hopkins University School of Medicine in Baltimore, Maryland.

But accurate, transparent information about errors is not captured on death certificates, which are the documents the Centers for Disease Control and Prevention (CDC) uses for ranking causes of death and setting health priorities. Death certificates depend on International Classification of Diseases (ICD) codes for cause of death, so causes such as human and system errors are not recorded on them.

And it’s not just the US. According to the World Health Organization, 117 countries code their mortality statistics using the ICD system as the primary health status indicator.

The authors call for better reporting to help capture the scale of the problem and create strategies for reducing it.

Cancer and Heart Disease Get the Attention

“Top-ranked causes of death as reported by the CDC inform our country’s research funding and public health priorities,” Dr Makary said in an university press release. “Right now, cancer and heart disease get a ton of attention, but since medical errors don’t appear on the list, the problem doesn’t get the funding and attention it deserves.”

He adds: “Incidence rates for deaths directly attributable to medical care gone awry haven’t been recognized in any standardized method for collecting national statistics. The medical coding system was designed to maximize billing for physician services, not to collect national health statistics, as it is currently being used.”

The researchers examined four studies that analyzed medical death rate data from 2000 to 2008. Then, using hospital admission rates from 2013, they extrapolated that, based on 35,416,020 hospitalizations, 251,454 deaths stemmed from a medical error.

That number of deaths translates to 9.5% of all deaths each year in the US — and puts medical error above the previous third-leading cause, respiratory disease.

The new estimates are considerably higher than those in the 1999 Institute of Medicine report “To Err Is Human.” However, the authors note that the data used for that report “is limited and outdated.”

The authors suggest several changes, including making errors more visible so their effects can be understood. Often, discussions about prevention occur in limited and confidential forums, such as a department’s morbidity and mortality conference.

Another is changing death certificates to include not just the cause of death, but an extra field asking whether a preventable complication stemming from the patient’s care contributed to the death.

The authors also suggest that hospitals carry out a rapid and efficient independent investigation into deaths to determine whether error played a role. A root cause analysis approach would help while offering the protection of anonymity, they say.

Standardized data collection and reporting are also needed to build an accurate national picture of the problem.

Jim Rickert, MD, an orthopedist in Bedford, Indiana, and president of the Society for Patient Centered Orthopedics, told Medscape Medical News he was not surprised the errors came in at number 3 and that even those calculations don’t tell the whole story.

“That doesn’t even include doctors’ offices and ambulatory care centers,” he notes. “That’s only inpatient hospitalization resulting in errors.”

“I think most people underestimate the risk of error when they seek medical care,” he said.

He agrees that adding a field to death certificates to indicate medical error is likely the way to get medical errors the attention they deserve.

“It’s public pressure that brings about change. Hospitals have no incentive to publicize errors; neither do doctors or any other provider,” he said.

However, such a major step as adding error information to death certificates is unlikely if not accompanied by tort reform, he said.

Still, this study helps emphasize the prevalence of errors, he said.

Human error is inevitable, the authors acknowledge, but “we can better measure the problem to design safer systems mitigating its frequency, visibility, and consequences.”

They add that most errors aren’t caused by bad doctors but by systemic failures and should ‘not be addressed with punishment or legal action.

The authors and Dr Rickert disclosed no relevant financial relationships.