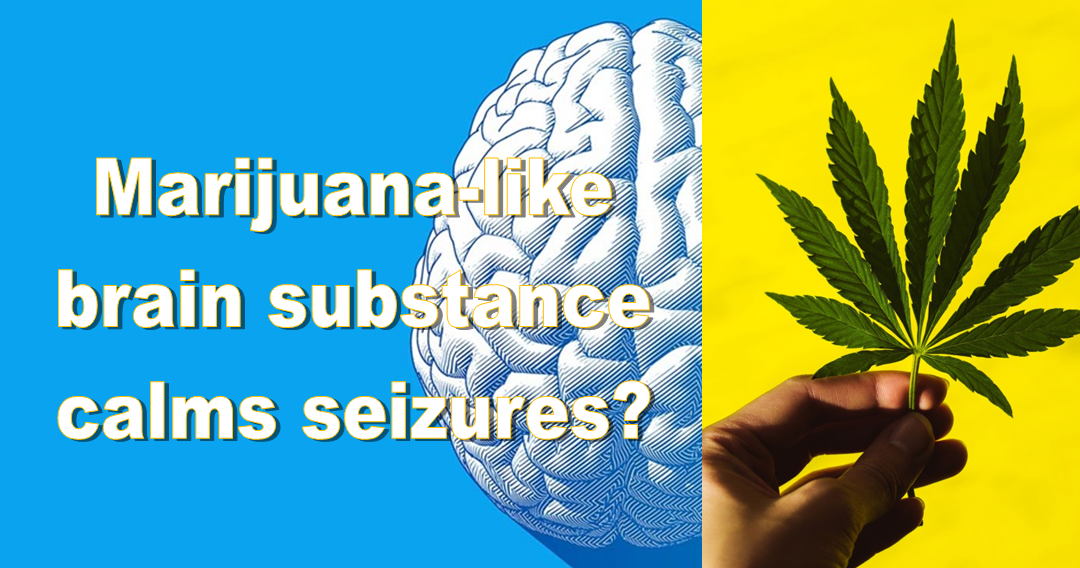 Epileptic seizures trigger the rapid synthesis and release of a substance mimicked by marijuana’s most psychoactive component, Stanford University School of Medicine investigators have learned. This substance is called 2-arachidonoylglycerol, or 2-AG, and has the beneficial effect of damping down seizure intensity.

But there’s a dark side. The similarly rapid breakdown of 2-AG after its release, the researchers found, trips off a cascade of biochemical reactions culminating in blood-vessel constriction in the brain and, in turn, the disorientation and amnesia that typically follow an epileptic seizure.

The Stanford scientists’ findings, reached in collaboration with colleagues at other institutions in the United States, Canada and China, are described in a study to be published Aug. 4 in Neuron. Ivan Soltesz, PhD, professor of neurosurgery, shares senior authorship with G. Campbell Teskey, PhD, professor of cell biology and anatomy at the University of Calgary in Alberta, Canada. The study’s lead author is Jordan Farrell, PhD, a postdoctoral scholar in Soltesz’s group.

The researchers’ discoveries could guide the development of drugs that both curb seizures’ strength and reduce their aftereffects.

Electrical storm in the brain

About one in every hundred people has epilepsy. Epileptic seizures can be described as an electrical storm in the brain. These storms typically begin at a single spot where nerve cells begin repeatedly firing together in synchrony. The hyperactivity often spreads from that one spot to other areas throughout the brain, causing symptoms such as loss of consciousness and convulsions. It’s typical for the person experiencing a seizure to need tens of minutes before becoming clearheaded again.

The majority of epileptic seizures originate in the hippocampus, a brain structure buried in the temporal lobe, said Soltesz, the James R. Doty Professor of Neurosurgery and Neurosciences. The hippocampus plays an outsized role in short-term memory, learning and spatial orientation. Its ability to quickly adopt new neuronal firing patterns renders it especially vulnerable to glitches that initiate seizures. (Most epileptic seizures in adults begin in or near the hippocampus, Soltesz noted.)

In the study, Soltesz and his associates monitored split-second changes in levels of 2-AG in the hippocampus of mice during periods of normal activity, like walking or running, and in experiments in which brief seizures were induced in the hippocampus.

2-AG is an endocannabinoid, a member of a family of short-lived signaling substances that are the brain’s internal versions of the psychoactive chemicals in marijuana. 2-AG and these plant-derived psychoactive chemicals share an affinity for a receptor, known as CB1, that’s extremely abundant on the surface of neurons throughout the brain.

“There have been lots of studies providing evidence for a connection between seizures and endocannabinoids,” Soltesz said. “What sets our study apart is that we could watch endocannabinoid production and action unfold in, basically, real time.”

A brake on excitement

Endocannabinoids are understood to play a role in inhibiting excessive excitement in the brain. When excitatory neurons, secreting chemical “go” signals, exceed a threshold, they induce the production and release of endocannabinoids, whose binding to CB1 on an excitatory neuron acts as a brake, ordering that neuron to chill out a little.