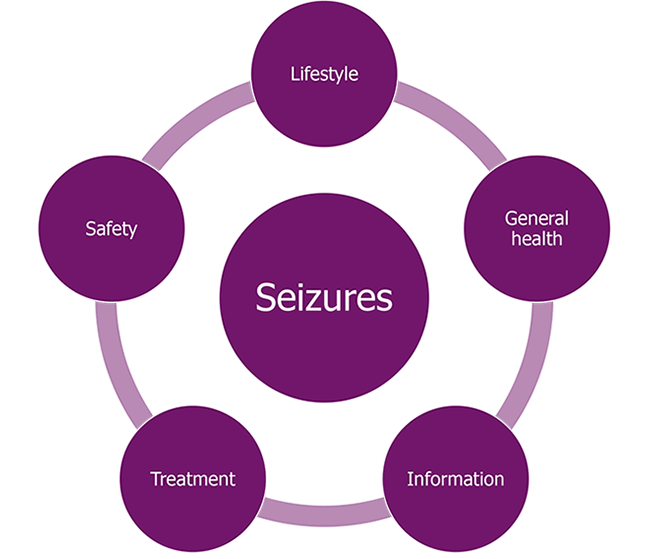 A seizure is a sudden, disorganized electrical discharge in the brain. It can cause muscle twitches and spasms, changes in sensation, behavior or altered consciousness.

A seizure is a single occurrence, whereas epilepsy is a neurological condition characterised by two or more unprovoked seizures.

Common causes of epilepsy include genetic factors, stroke, head injury and brain infections such as meningitis/encephalitis. Many times, though, the cause of a seizure is unknown.

Symptoms of epilepsy may include:

• Uncontrollable jerking movements of the arms and legs

• Loss of consciousness or awareness

• Cognitive or emotional symptoms, such as fear, anxiety or deja vu

These signs and symptoms can range from mild to severe. Seizure types vary depending on where in the brain they begin and how far they spread. Most seizures last from 30 seconds to two minutes. A seizure that lasts longer than five minutes is a medical emergency.

A small percentage of patients may have refractory epilepsy. No matter how much medications are given, they will still have seizures.

Epilepsy is more common in children and we are not sure why. Quite often, it occurs in children who are otherwise healthy. These cases have good prognosis and these children usually outgrow their epilepsy.

However, if epilepsy is caused by structural brain problems, such as birth trauma, cerebral palsy or childhood brain infections, then it will likely be lifelong.

The mainstay of treatment is still medication. The majority of patients respond to medication and that can be weaned off after a few years. Supplements and herbs have not been proven to be effective.

If medication isn’t effective, surgery may be an option. Surgery works best for patients who have seizures that always originate in the same place in the brain.

WARNING SIGNS AND HOW TO HELP

Some patients have a feeling of an impending fit. Others have gastric pain preceding a seizure, but there may not be any warning signs too.

It is helpful to know what to do if you witness someone having a seizure. To help someone during a seizure, take these steps:

• Carefully roll the person onto one side

• Place something soft under his or her head

• Don’t try to restrain someone having a seizure

• Clear away dangerous objects if the person is moving

• Stay with the person until medical personnel arrive

It is important to be compliant to anti-seizure medications and avoid conditions that could trigger a seizure.

Take medications correctly. Don’t adjust the dosage yourself or skip any dose. Get enough sleep and manage your stress. Lack of sleep and stress can trigger seizures.

Remember, you don’t have to go through this alone. Reach out to family and friends. Join an online support community such as the Malaysian Epilepsy Society. Network with other epilepsy patients, share your experiences and support each other.

Having a strong support system is important when living with any medical condition. Most patients respond well to treatment and can lead normal lives.