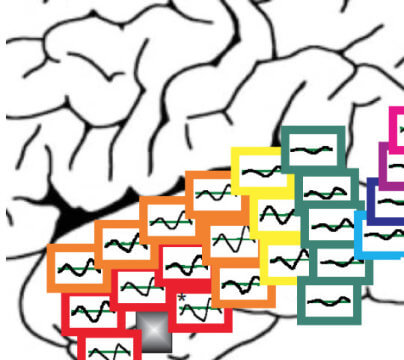 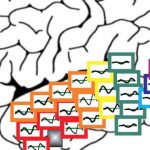 An epileptic seizure may be highly local, but it also influences brain activity at a distance of over ten centimeters from the core. This, in turn, affects the active area, scientists of the University of Twente and the University of Chicago show in the Proceedings of the National Academy of Sciences (PNAS).
The area in which an epileptic seizure starts in the brain, may be small but it reaches other parts of the brain at distances of over 10 centimeters. That distant activity, in turn, influences the epileptic core, according to mathematicians and neurologists of the University of Twente and the University of Chicago.
The researchers describe these cross-connections in their paper in the Proceedings of the National Academy of Sciences (PNAS). When a patiënt has a large, generalized epileptic seizure, often causing loss of consciousness, a large part of the brain is involved. But even in partial or ‘focal’ seizures, the activity isn’t limited to the small area. A patiënt can suddenly have difficulties speaking, show sudden movements or seem absent. The active area then is in the language centre or close to it, or in the motor cortex. As is shown now, even in these specific cases, a large part of the neocortex, the top layer of brain, is involved. Advanced models of neuronal networks, together with patient data, confirm this.
The neurons at the edge of the epileptic core fire in a violent way, as expected. This effect, however, could stay local, but in the sub millimeter range, the activity starts spreading. A wave front is growing, of very active neurons. The mechanism of inhibition, by which the surrounding neurons should stop further spreading, clearly fails.
While the core of the seizure shows neurons firing at high frequencies, low frequency (6 Herz) waves can be detected at a further distance in the neocortex. For the first time, mathematical models show that these two types of brain activity correlate. There are two areas that show interaction: the focal epileptic core causes activity at a distance in the neocortex, while the wave returning to the core, effects the firing in itself. What remains unclear is how the seizure stops, but the cross-scale interaction could well play a role in this.
In order to ‘feed’ their mathematical models with real life data, the researchers could use existing patiënt data gathered by the Columbia University Medical Center. There, a temporary implant was used for measuring local epileptic activity. This so-called ‘Utah array’, of 4 by 4 mm, consists of 96 microelectrodes. Using this, the activity of small groups of neurons can be detected. In addition, activity on the centimeter scale was measured using an Electrocorticogram (ECoG). Other than an EEG, that measures through the skull, an ECoG is placed directly on the brain surface. These techniques are at the basis of epilepsy surgery, for localizing the area that is responsible for seizures and possibly remove it by surgery.

At the University of Twente, the research was done by the Nonlinear Analysis group of Prof Stephan van Gils and the Clinical Neurophysiology group of Prof Michel van Putten, who is a neurologist at the Medisch Spectrum Twente hospital in Enschede as well.
The paper ‘The cross-scale effects of neural interactions during human neocortical seizure activity’ by Tahra Eissa, Koen Dijkstra, Christoph Brune, Ronald Emerson, Michel van Putten, Robert Goodman, Guy McKhann, Catherine Schevon, Wim van Drongelen and Stephan van Gils, appears in the Proceedings of the National Academy of Sciences of the USA (PNAS).