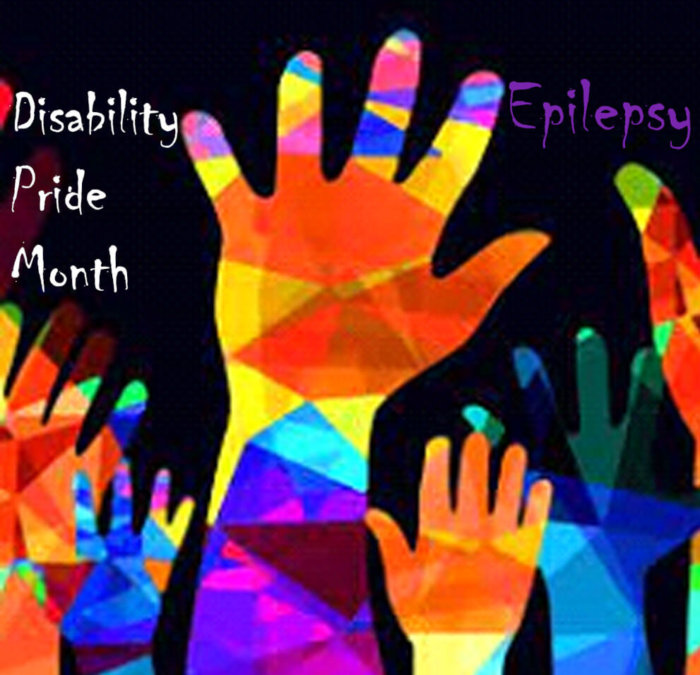 Living with a disability made me who I am

Growing up with epilepsy, I had never considered myself a disabled person because I hated the pity people glommed onto me and just wanted to be like every other kid. My seizure disorder changed how I grew up in a multitude of ways. There were childhood experiences I didn’t quite get to have, jokes made at my expense, scornful comments about my “special treatment.” This Disability Pride Month, I’m thinking about how my diagnosis and the way others reacted to it has shaped my life.

In third grade, at 8 years old, I had my first grand mal seizure, which included the characteristic dropping-to-the-floor convulsions. I remember that day very specifically; it was a regular school day, but I was sent home to my grandparents’ house early by the nurse because I felt unwell and had a massive headache. At my grandparents’ house, I rested some and later started building a fort out of the couch cushions, but that’s where my memory stops. I had no memory of losing consciousness. I had no warning right before. Just like that, the seizure began. I woke up in a completely different part of the house. My grandparents were staring at me aghast and asked how I felt and if I needed anything before informing me that an ambulance was on its way. The rest of that day and night was such a blur. I didn’t understand what was wrong or why everyone was so scared.

After seeing a neurologist and undergoing an electroencephalograph, or EEG, which detects anomalies in my brain activity, I was diagnosed with epilepsy. Epilepsy is a seizure disorder where anomalous brain activity is brought on by circumstances such as flashing lights, strenuous activity and loud noises. Thus began the rest of my childhood surrounded by caution.

There are many things I couldn’t do that other kids wouldn’t think twice about. For a while, I wasn’t allowed to bathe alone. I didn’t get to swim without a parent in the water. I couldn’t be in the orchestra right after gym class. My teacher wouldn’t let me go into the planetarium with the rest of the class because of the photosensitive viewer warning. When I would leave the gym to prevent a seizure, my classmates were always jealous that I didn’t “have” to do the work while I sat in the dark nurse’s office crying. I wanted to do all those things; it was just never in the cards for me.

I didn’t experience direct bullying over my disorder, as many disabled people often have, but if I had a nickel for every seizure joke I’ve heard, I may have been able to afford the medication and testing I needed. Never was I upset or mad at being the butt of such jokes, but the rest of my family hated them with a passion. It’s incredibly inconsiderate when some kid shakes themselves as their friend says, “Oh no! They’re having a seizure!” as the two laugh hysterically. Seizures are confusing and were downright mortifying for the people around me witnessing it. I was kept in a bubble because the danger is real and people die because of seizures. Some people with high-frequency epilepsy can even experience sudden death and, according to the Centers for Disease Control and Prevention, about 3,000 people in the U.S. die from it every year.

At 14, I was weaned off of my medication after several years without a grand mal seizure. However, the anomalous brain activity didn’t go away, and I still experience smaller conscious and unconscious focal seizures every now and then. They can be a hindrance on my day-to-day life and will often attract odd looks from the people around me.

Disability Pride Month is really about being open with ourselves and others regarding disability as well as dispelling hate and ableism. Many people, such as myself, have struggled with internalized ableism toward themselves and a refusal to accept being disabled. This month is about taking pride in our differences and accepting our challenges as part of who we are.

It’s important with this Disability Pride Month to share real experiences from disabled people and show those kids pretending to have a seizure on the playground why it’s insensitive and aids in the mindframe that disabilities are nothing more than a joke. My experience growing up is part of what makes me, me, and sharing it is only the first step in forming a more understanding community.