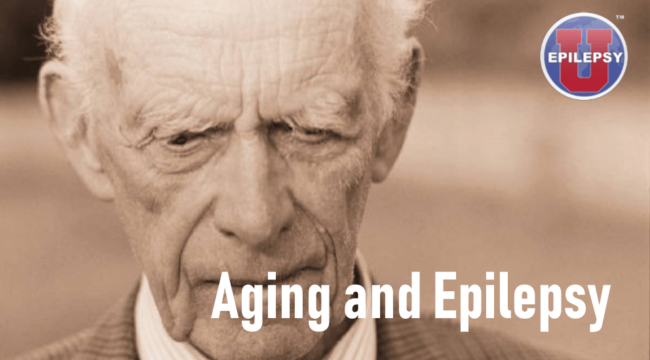 People with a longtime history of epilepsy show signs of rapid brain aging that may raise their odds for developing dementia down the road.

Individuals with epilepsy were also more likely to show signs of cognitive decline, including problems with memory and reasoning, and changes on brain scans that indicate increased risk for Alzheimer’s disease.

Brain aging and changes in thinking and memory were more pronounced among people whose epilepsy wasn’t well controlled. But they were still evident in folks whose seizures were under control for 10 years or more, the study showed.

“It does appear childhood-onset epilepsy may speed up aging processes, especially among those who continue to have active epilepsy from childhood into their 60s,” said study author Bruce Hermann, an emeritus professor of neuropsychology at the University of Wisconsin School of Medicine and Public Health, in Madison.

Exactly how the two conditions are linked isn’t fully understood, but researchers have theories.

“Repeated seizures may accelerate some of the brain problems associated with aging in the brain,” Hermann said.

For the study, researchers followed Finnish kids with epilepsy and their epilepsy-free counterparts for more than 50 years. Study participants underwent brain scans and cognitive testing in 2012 and 2017.

At both time points, people with epilepsy had more amyloid plaques in their brains, a known risk of Alzheimer’s disease. No one in the study has developed Alzheimer’s or dementia yet.

Overall, the signs of brain aging were more advanced in people with focal epilepsy, which affects one side of the brain, those whose epilepsy wasn’t well controlled, and folks with a genetic risk marker for Alzheimer’s disease known as APOE 4.

Other factors that affect risk for brain aging and cognitive problems, including high blood pressure, were more common in people with epilepsy, the study showed.

And therein lies the opportunity for prevention, Hermann said.

“Pay attention to health and lifestyle factors such as high blood pressure if you have epilepsy, as this may help improve cognition and slow brain aging,” he said.

The findings were presented Sunday in Chicago at a meeting of the American Epilepsy Society. Research presented at medical meetings should be considered preliminary until published in a peer-reviewed journal.

Dr. Jaideep Kapur, a professor of neurology at UVA Health in Charlottesville, Va., who was not involved in the study, reacted to the findings.

“Seizures often arise from the part of the brain where we learn and make and store memories, and that is also where the degeneration occurs in Alzheimer’s disease and other types of dementia,” he said.

The good news from this study, Kapur said, is that brain aging and cognitive changes were less severe in people whose epilepsy was under good control.

“If you control seizures, it appears to prevent some of the epilepsy-related worsening of memory and thinking skills with age,” he said.

And even better news: This is possible with current epilepsy treatment options.

“If your seizures aren’t under control, see an epilepsy specialist,” Kapur said. “Your goal should be no seizures and no side effects.”