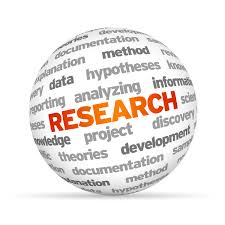 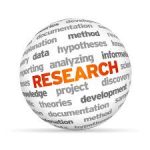 New studies in mice show that disease prevention can be a matter of proper timing.

Using the substance bumetanide in newborn mice, the scientists succeeded in attenuating the disease progression, allowing the animals to develop almost normally. These research results could pave the way for the development of new therapeutic strategies in humans.

Isbrandt and his colleagues conducted experiments in mice with a genetic defect similar to a natural human variant that can cause epilepsy as early as the neonatal period. This mutation results in dysfunctional ion channels in the membranes of nerve cells, thus perturbing the communication between cells. Possible symptoms include jerking or twitching movements, but can also include more subtle behavioral impairments. Early disease symptoms can be mild, but long-term outcomes may be severe, and include pronounced cognitive impairment.

‘This genetic defect has an impact on a specific ion channel in the cell membrane, the so-called Kv7 or M channel. The defect disturbs the ionic balance, which has a direct effect on the excitability of neurons’, explains Isbrandt, who is a researcher for the DZNE and who also holds a professorship for Experimental Neurophysiology at the University of Cologne. ‘Epilepsy in newborns, for example, can be caused by hypoxia, hemorrhage, or infections. In the absence of birth injuries, Kv7-channel mutations, or other ion channel mutations, are often an underlying cause. There are hardly any efficacious therapies for these patients.’

Isbrandt and his colleagues had previously discovered that the Kv7 channel is especially important for early brain development. Isbrandt says, ‘In newborn mice, the first two postnatal weeks are of critical importance, whereas in adult mice, the physiology of the brain has changed to the point where this channel plays a less prominent role.’

At this stage, that is, for the first two weeks of life, the scientists treated mice carrying a mutation of the Kv7 channel using the substance ‘bumetanide’, which has previously been shown to help neurons mantaining their ionic balance. Surprisingly, bumetanide turned out to be even more efficacious than expected, and the later disease symptoms of early Kv7 ion channel dysfunction were almost completely prevented.

Treatment within the two-week neonatal period normalized the brain activity of mice and, to a large extent, also their behavior. No epileptic seizures occurred in the adult period, in spite of the continued presence of the genetic defect. ‘The two-week therapy almost completely prevented the consequences of Kv7 channel deficiency, because we treated the mice at a defined period critical to brain development’, summarizes Isbrandt.

Unlike mice treated with bumetanide within this time window, their littermates carrying the same genetic defect developed epilepsy. Both brain activity and structure were altered. In addition, the affected animals displayed hyperactivity and other behavioral abnormalities.

In adult patients, bumetanide is used for the treatment of kidney and heart diseases. There are also trials studying the treatment of epileptic seizures in newborns with bumetanide. However, these studies are aimed at the attenuation of acute symptoms, not at long-term disease prevention.

‘Our goal was to show whether prevention can in principle work. Our study demonstrates the right timing is of the essence’, says Isbrandt. ‘These results therefore underscore a strategic approach, which is to identify the period critical to a disease’s development during which treatment will have the maximum preventive power.’

‘In mice, the first two postnatal weeks approximately correspond to the last trimester of pregnancy in humans’, explains Isbrandt. ‘Thus, therapeutic treatment for related human conditions would presumably have to start in the womb, but currently this approach is far-fetched. A more immediate approach would be to treat premature babies known to be at high risk for the development of epilepsies, but it has yet to be determined whether such an intervention can be implemented.’