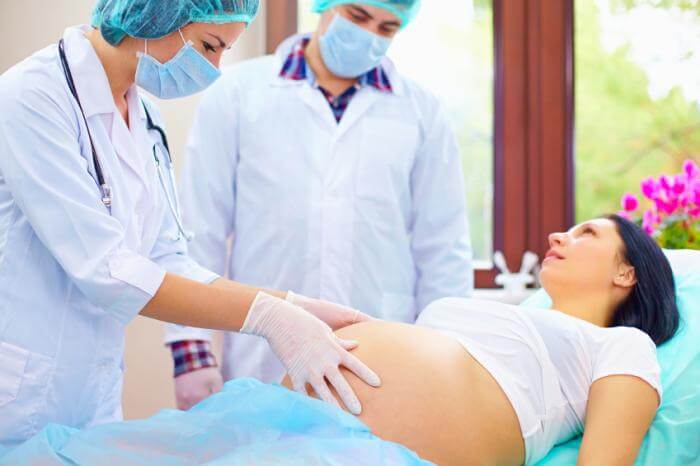 Labor induction: No association with autism

The research suggests that “concern for ASD should not factor into the clinical decision about whether to induce labor.”

Labor induction – or inducing labor – is a procedure used to start uterine contractions artificially before labor begins of its own accord. There are around 762,000 procedures to induce labor in the United States per year.

Healthcare providers may determine that labor induction is necessary for several reasons to protect the health of both the mother and baby.

Depending on individual circumstances, labor may be induced with a combination of “sweeping” the amniotic membranes, ripening the cervix with synthetic prostaglandins, breaking the waters, and administering a synthetic version of oxytocin (Pitocin) intravenously.

A previous population-based study – that gained widespread media attention and sparked debate among clinicians and researchers – found that induction during childbirth is associated with an increased risk of childhood autism diagnosis.

About 1 in 68 children are diagnosed with autism spectrum disorder (ASD), and the condition is 4.5 times more common in boys than girls.

In the 2013 study, Simon G. Gregory, Ph.D., and colleagues hypothesize that the association between induction and ASD could be due to exposure to oxytocin – a hormone that causes the uterus to contract.

They cited that around 50-70 percent of women who have labor induction receive oxytocin and suggest that exposure to oxytocin could predispose the child to ASD due to a downregulation of oxytocin receptors.

The Committee Opinion released by the American College of Obstetricians and Gynecologists (ACOG) in 2014 says that current evidence does not support a conclusion that labor induction or augmentation causes ASD in newborns.

“While some studies have suggested an association between ASD and the use of oxytocin for labor induction or augmentation, available evidence is inconsistent and does not demonstrate causation,” the Opinion concludes.

The researchers at the Harvard Chan School aimed to assess the association of labor induction with ASD by comparing induced versus not-induced births between relatives.

Labor induction not associated with ASD after comparing sibling data

A total of 11 percent of deliveries were a result of labor induction, most commonly due to pregnancy complications such as gestational diabetes, gestational high blood pressure, and preeclampsia.

Initially, when comparing individuals who were unrelated, the team found an association between labor induction and ASD risk as with the 2013 study.

However, when comparisons were made with siblings whose births were not a result of labor induction, there was no association between labor induction and ASD.

“When we used close relatives, such as siblings or cousins, as the comparison group, we found no association between labor induction and autism risk,” says Anna Sara Oberg, a research fellow in the Department of Epidemiology at Harvard Chan School and lead author of the study.

“Many of the factors that could lead to both induction of labor and autism are completely or partially shared by siblings – such as maternal characteristics or socioeconomic or genetic factors. Finding no association when comparing siblings suggests that previously observed associations could have been due to some of these familial factors – not the result of induction,” she adds.

In an accompanying editorial, written by Daniel L. Coury, M.D., it is questioned which study is correct, the 2013 study or the Harvard Chan School study.

The opinion article says that several studies of prenatal and perinatal factors have examined factors associated with ASD risk, such as the mother’s use of serotonin reuptake inhibitors (SSRIs) during pregnancy or if the child was conceived through assisted reproductive technology (ART).

Coury says: “The suicides prevented by SSRI medications outweigh most concerns of adverse effects. The potential that each child brings to the world outweighs any risk associated with ART.”

“The benefits of labor induction, when performed in accordance with clinical guidelines, include the delivery of a healthy neonate and a healthier outcome for the mother. We do not know what causes most cases of ASD, and we do not know how to completely prevent or reduce the risk of a child having it. But we do have good evidence of the benefits of good prenatal and perinatal care, and we should promote this,” he concludes.