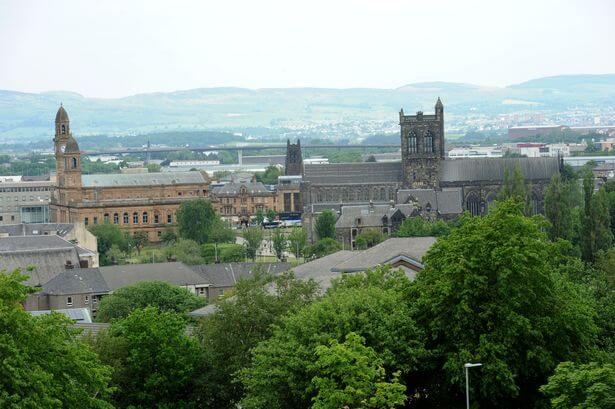 Angry families have slammed cuts to a “lifeline” summer service at a school for kids with additional needs.

They hit out after East Renfrewshire Council cancelled two weeks of holiday activities at Isobel Mair School, in Newton Mearns, for more than 100 primary and secondary pupils.

The cost-cutting move means the sessions will now only be provided for 37 children, over fewer days.

Barrhead woman Selina Yau, 30, who is a carer for her 16-year-old brother, claims families have been left in the lurch and will have to take extra time off work.

The social worker said the annual two-week programme gave stressed-out parents and carers a much-needed break over the summer.

She launched a petition on May 20 calling on council chiefs to reverse their decision and, within days, it had attracted thousands of signatures.

Selina, whose brother has autism and epilepsy, said: “This will significantly impact on the mental health and wellbeing of the pupils.

“This time is also invaluable to parents and carers who are able to get a small break during the long summer holiday.

“Many viewed the two weeks as a lifeline, as they are also able to use this time to focus on their other children.”

Although the move will save cash-strapped council chiefs tens of thousands of pounds, Selina believes it could prove costly in the long term, as many parents and carers will have to seek support from the local authority if they are unable to get time off work to look after their children.

She added: “We are appalled that the council made this decision at such short notice, without consulting the children or us.

“There are not many out there who are qualified to look after young people with complex needs.

“The decision has effectively extended the school holidays from five to seven weeks, leaving most parents unable to find or afford alternatives.”

Chloe Muir’s eight-year-old son Callum has Down’s Syndrome and autism and has attended Isobel Mair School since he was four.

The 50-year-old police officer and her husband were stunned when they found out there would be no place for Callum this summer.

Chloe told the Barrhead News: “My reaction was one of shock and disbelief.

“We can’t ask people to babysit, like other parents, because of Callum’s special needs.

“The two weeks every summer gives my husband and I much-needed respite.

“We do not have a social life, we do not go out together, except with the children.

“For us, these two weeks are critical.”

Chloe, who lives in Busby, says Callum needs round-the-clock care, has to be fed through a tube and requires oxygen at night.

“I can’t understand why the council think this money-saving idea is a step in the right direction,” she added. “There ‘s been no thought put into it at all.

“I do not think they realise what the knock-on effect will be. It’s a huge setback for the children and their care.

“You’re talking about the most vulnerable people in society being badly let down.”

Barrhead dad Paul Dickson’s 10-year-old twins Eva and Luke, who are both severely autistic, are among the 37 pupils who have been offered summer school places – but the number of days has been reduced from 10 to six.

Paul, 46, said: “There has been no negotiation or consultation. They are taking support away from some of our most vulnerable kids.

The long-term damage this will cause far outweighs any savings which are being made.

“We don’t blame the school – the decision has come from the council. It doesn’t seem very smart or very fair.”

Members of Isobel Mair School Parent Council were due to meet with officials last night to discuss the cutbacks.

A spokesperson said: “The Parent Council are distressed and hugely concerned about the impact of the cuts to the extended school year on pupils and their families.

“We’ve never had such an overwhelming response, with many deeply worried about what they will do and the impact on their mental health.

“Families have been informed of these cuts with only six weeks notice and no suitable alternative available.

“Emails to the Director of Education, voicing our concerns, as yet remain unanswered.”

He said: “ There was no consultation carried out. This has had a devastating effect on parents.”

A spokesperson for East Renfrewshire Council said: “We understand that the proposed change to the structure of holiday provision at Isobel Mair will be difficult for those impacted.

“Unfortunately, like all councils, we continue to face extremely challenging financial pressures and, when the budget for 2022/23 was set in March, a range of tough savings had to be made

The additional holiday provision previously available for all in Isobel Mair has been redesigned to support children with the most complex needs, as we try to mitigate the impact of the saving as much as possible.

“We continue to work closely with a range of partners to identify suitable alternative support measures for families.”