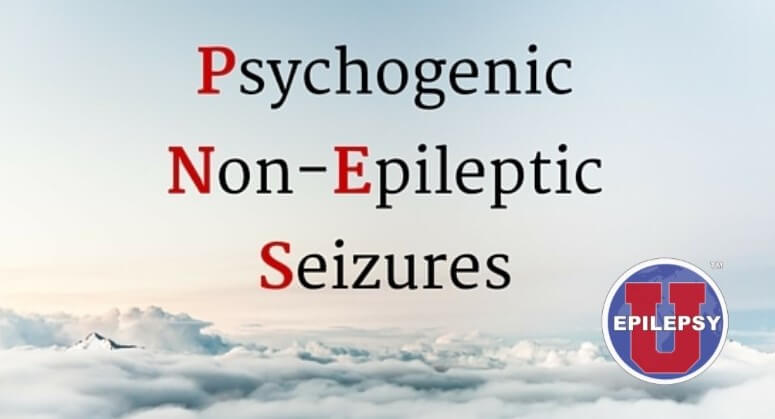 Is It Possible To Distinguish Between Epilepsy And Psychogenic Non-Epileptic Seizures?

“Many individuals are being treated for epilepsy who do not actually have this disorder”, so says Peter Crino, MD, PhD, Chair of the Department of Neurology at the University of Maryland School of Medicine.

Psychogenic Non-Epileptic Seizures (PNES) are common and may account for up to 20% of people being treated for epilepsy. PNES are events of psychological origin, resembling an epileptic seizure, but without the characteristic electrical discharges associated with epilepsy.  Because it is often hard to distinguish between the symptoms of epilepsy and PNES some people who don’t have epilepsy will be receiving potent antiepileptic medication unnecessarily, whilst others (who do have epilepsy) wait a long time  to begin treatment.

Researchers at the University of Pennsylvania decided to address this issue and have recently presented their findings suggesting that a bio-marker based blood test may be able to distinguish between epilepsy and PNES.

Psychogenic nonepileptic events are common–accounting for an estimated 20% or more of patients seeking medical care at comprehensive epilepsy centers. They resemble and are hard to distinguish from true epileptic seizures and are related to psychological factors rather than electrical disturbances in the brain. Since epilepsy is difficult to diagnose, individuals with psychogenic nonepileptic seizures are often assumed to have epilepsy and receive unnecessary testing and treatment, including powerful antiepileptic drugs. They also risk losing driver licenses and other privileges. One study found that wrongly diagnosed psychogenic patients received unnecessary antiepileptic therapy for an average of seven to 10 years.2

Peter Crino, MD, PhD, is Chair of the Department of Neurology at the University of Maryland School of Medicine and a co-author of the new study. His former laboratory at the University of Pennsylvania conducted key studies of Cognizance Biomarkers’ approach. Dr. Crino noted, “Many individuals are being treated for epilepsy who do not actually have this disorder. Individuals with psychogenic nonepileptic seizures are especially at risk for an epilepsy misdiagnosis. These results provide strong preliminary evidence that neuroinflammatory-associated biomarkers can be used to triage suspected seizure patients for expert evaluation, thereby ensuring that patients are accurately diagnosed and appropriately treated.”

Epilepsy is currently diagnosed using electroencephalograms (EEGs) and comprehensive patient assessments. The process can be subjective, cumbersome, expensive and inconclusive. Video EEGs are more informative, but they require costly hospitalization. Cognizance Biomarkers’ simple-to-administer blood test aims to accurately diagnose epileptic seizures based on proprietary methods for biomarker assessment, leveraging recent research showing that neuroinflammation is associated with epilepsy and is both a cause and consequence of seizures. Prior clinical studies have confirmed the ability of the Cognizance neuroinflammatory biomarker test to distinguish actual seizures from seizure-like events.

In the study reported today, researchers screened for levels of 51 inflammatory-associated proteins in post-event blood samples from confirmed epilepsy patients and individuals with psychogenic nonepileptic seizures. A series of analyses selected four protein biomarkers that were highly predictive in distinguishing true seizures from seizure-like events. Additional analyses identified substantial differences in clinical histories and comorbidities (i.e. risk factors) between ES and PNES patients. The selected neuroinflammatory-associated biomarkers were combined with the PNES risk factors to generate and refine a diagnostic algorithm that demonstrated strong performance in distinguishing true epileptic seizures from nonepileptic psychogenic seizures with 100% specificity, 87% sensitivity and 98% accuracy.

Todd Wallach, President and Chief Executive Officer of Evogen/Cognizance Biomarkers, commented, “These new data further confirm that our biomarker-based blood test has the potential to revolutionize the diagnosis of epilepsy. The results we are presenting today address one of the most vexing diagnostic issues in epilepsy—differentiating true epileptic seizures from similar-seeming psychogenic nonepileptic events. Our neuroinflammatory biomarker test combined with selected psychogenic risk factors accurately distinguished these two groups. Our blood-based diagnostic test will enable epilepsy to be diagnosed and treated more rapidly and accurately and has the potential to guide epilepsy clinical research and manage treatment over the lifecycle of the condition.”

This research was conducted with grant support from the National Institutes of Health.