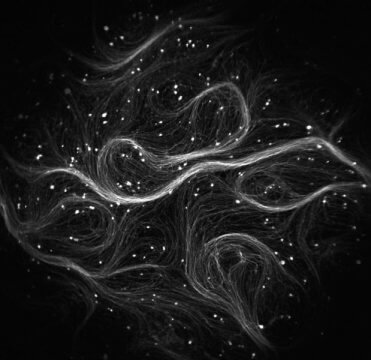 A newly developed microscope is providing scientists with a greatly enhanced tool to study how neurological disorders such as epilepsy and Alzheimer’s disease affect neuron communication.  This new microscope has more than 100 times larger field of view for studying brain activity.

A newly developed microscope is providing scientists with a greatly enhanced tool to study how neurological disorders such as epilepsy and Alzheimer’s disease affect neuron communication. The microscope is optimized to perform studies using optogenetic techniques, a relatively new technology that uses light to control and image neurons genetically modified with light-sensitive proteins.

“Our new microscope can be used to explore the effects of different genetic mutations on neuronal function,” said Adam Cohen from Harvard University, USA, and the leader of the research team that developed the microscope. “One day it could be used to test the effects of candidate drugs on neurons derived from people with nervous system disorders to try to identify medicines to treat diseases that do not have adequate treatments right now.”

The new microscope, called Firefly, can image a 6-millimeter-diameter area, more than one hundred times larger than the field of view of most microscopes used for optogenetics. Rather than studying the electrical activity of one neuron, the large imaging area makes it possible to trigger the electrical pulses neurons use to communicate and then watch those pulses travel from cell to cell throughout a large neural circuit containing hundreds of cells. In the brain, each neuron typically connects to one thousand other neurons, so viewing the larger network is important to understanding how neurological diseases affect neuronal communication.

In The Optical Society (OSA) journal Biomedical Optics Express, Cohen and his colleagues report how they assembled the new microscope for less than $100,000 using components that are almost all commercially available. The microscope not only images a large area, but also collects light extremely efficiently. This provides the high image quality and fast speed necessary to watch neuronal electrical pulses that each last only one thousandth of a second.

The new microscope is ideal for studying human neurons grown in the laboratory. In the past decade, scientists have developed human cell models for many nervous system disorders. These cells can be genetically modified to contain light-sensitive proteins that allow scientists to use light to make neurons fire or to control variables such as neurotransmitter levels or protein aggregation. Other light-sensitive fluorescent proteins turn the invisible electrical pulses coming from neurons into brief flashes of fluorescence that can be imaged and measured.

These techniques have made it possible for scientists to study the input and output of individual neurons, but commercially available microscopes aren’t optimized to fully utilize the potential of optogenetics approaches. To fill this technology gap, the researchers designed the Firefly microscope to stimulate neurons with a complex pattern containing a million points of light and then record the brief flashes of light fluorescence that correspond to electrical pulses fired by the neurons.

Each pixel of the light pattern can independently stimulate a light-sensitive protein. Because the pixels can be many distinct colors, different types of light-sensitive proteins can be triggered at once. The light pattern can be programed to cover an entire neuron, stimulate certain areas of a neuron or be used to illuminate multiple cells at once.

“This optical system provides a million inputs and a million outputs, allowing us to see everything that’s going on in these neural cultures,” explained Cohen.

After stimulating the neurons, the microscope uses a camera imaging at a thousand frames a second to capture the fluorescence induced by the extremely short electrical pulses. “The optical system must be highly efficient to detect good signals within a millisecond,” said Cohen. “A great deal of engineering went into developing optics that can not only image a large area but do so with very high light collection efficiency.”

To efficiently collect light over a large area, the Firefly microscope uses an objective lens about the size of a soda can rather than the thumb-sized objective lens used by most microscopes. The researchers also used an optical setup that increases the amount of light stimulating the neurons to help ensure the neurons emit bright fluorescence when firing.

“The one custom element in the microscope is a small prism placed between the neurons and the objective lens,” explained Cohen. “This important component causes the light to travel along the same plane as the cells rather than entering the sample perpendicularly. This keeps the light from illuminating material above and below the cells, decreasing background fluorescence that would make it hard to see fluorescence actually coming from the neurons.”

Watching 85 neurons at once

The researchers demonstrated their new microscope by using it to optically stimulate and record the fluorescence from cultured human neurons. “The neurons were a big tangled mess of spaghetti,” said Cohen. “We showed that it was possible to resolve 85 individual neurons at the same time in a measurement that took about 30 seconds.”

After the initial stimulation and imaging, the researchers were able to find 79 of those 85 cells a second time. This capability is important for studies that require each cell to be imaged before and after exposure to a drug, for example.

In a second demonstration, the researchers used the microscope to map the electrical waves propagating through cultured heart cells. This showed that the microscope could be used to study abnormal heart rhythms, which occur when the electrical signals that coordinate heartbeats do not work properly.

“The system we developed is designed for looking at a relatively flat sample such as cultured cells,” said Cohen. “We are now developing a system to perform optogenetics approaches in intact tissue, which would allow us to look at how these neurons behave in their native context.”

The researchers have also started a biotech company called Q-State Biosciences that is using an improved version of the microscope to work with pharmaceutical companies on drug discovery.

Story Source:
Materials provided by The Optical Society. Note: Content may be edited for style and length.