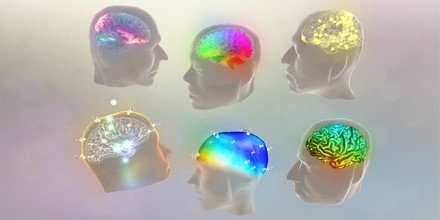 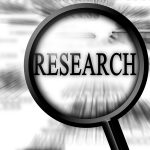 Using patient measurement data, researchers from Charité – Universitätsmedizin Berlin and the Berlin Institute of Health have refined a brain modeling platform called the Virtual Brain. The software has been used in projects and publications across the globe. The latest findings have been published in eLife.

The task of deciphering the brain’s functions and complex structure demands the acquisition of vast amounts of data from many sources. Like the pieces of a jigsaw puzzle, these data then need assembling into computer simulations that allow researchers to understand the mechanisms involved in brain function. Created with this objective in mind, the Virtual Brain is capable of combining the measurements of an individual patient to produce personalized models. The software acts as a “mathematical microscope,” allowing researchers to reproduce interactions between nerve cells that cannot be directly measured in humans. This method makes it possible for researchers to use brain signal data to draw conclusions about interactions between the neuronal networks producing them. Launched in 2012 as an open-source simulation platform, the Virtual Brain is an international project led by Prof. Dr. Petra Ritter (of the Department of Neurology with Experimental Neurology) and two of her colleagues from Toronto and Marseille.

Researchers from Prof. Ritter’s BrainModes Group have developed a new approach involving the use of a type of EEG headset to record measurable brain electrical activity from the scalp surface. The data thus obtained are later integrated into a personalized computer model, which simulates brain activity normally only measurable with the use of a large MRI scanner. In fact, this model was able to calculate six different features of brain activity. Previous attempts in animals had required invasive procedures but produced only partial results. The new model was able to produce detailed descriptions of the manner in which these processes contribute to specific brain functions, thereby confirming the hypothesis that the inclusion of EEG data in the computer model produces more detailed simulations of brain activity. By allowing researchers to depict brain processes with enhanced spatial and local resolution, EEG data make them easier to understand.

“This new method of brain simulation allows us to combine theories of how the nervous system works with physical measurements and integrate them into a single comprehensive model that is both physiologically and anatomically grounded,” explains Prof. Ritter. In many of the natural sciences, this type of approach has proved extremely useful in hypothesis formulation and testing. However, the use of patient data to produce individualized models represents an entirely new development and has the potential to uncover individual differences in the way the brain works, both in patients and in healthy subjects.

The next step will be to study larger groups of patients, in the hope of deciphering the mechanisms underlying conditions such as epilepsy, stroke and dementia. Summarizing her current research, Prof. Ritter says, “This software has the potential to directly benefit patients. A clinical study currently underway in France is studying how this technology might help improve outcomes in patients undergoing epilepsy surgery. The neurosurgeons involved are able to optimize outcomes by first simulating the procedure using a virtual version of the patient’s brain.”

Soon, the Virtual Brain may also benefit the wider population. The BrainModes app, developed at Charité for use with smartphones and tablets, works with commercially available neuro-headsets to enable users to become better acquainted with their own brains. Under the leadership of Prof. Ritter, the Charité-based researchers will develop this technology further, in the hope of one day being able to control machines, computers and exoskeletons via brain interface.