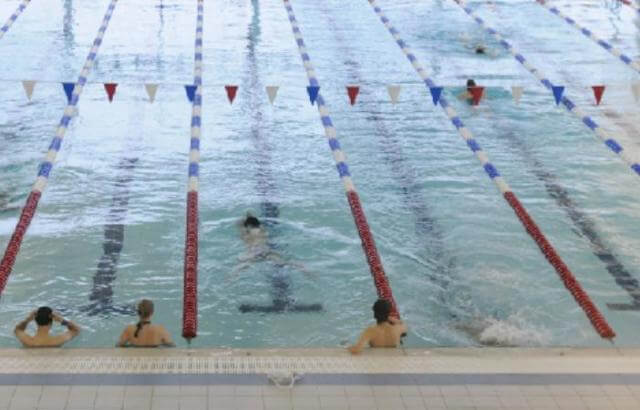 Imogen Clark’s love for swimming was more powerful than the fear of having seizures in the water, propelling her to the 2022 Birmingham Commonwealth Games.

The Chesterfield-born star had a seizure in the pool aged 13 and was diagnosed with photosensitive epilepsy a year later. Clark’s doctors asked her to halt her swimming ambitions but undeterred, she swam with a different-colour cap to the rest of the kids so coaches could spot her.  “That was a real turning point, whether I would carry on or stop,” she said. “Whatever comes my way, I don’t want to be defeated by it and I never thought for a second I would stop swimming. “It was scary to think that it happened in the pool but swimming was always something I was so passionate about. That’s what kept me going.”

Now Clark is one of Britain’s leading breaststrokers and will go for gold at the 2022 Commonwealth Games in Birmingham. The 22-year-old will take one tablet in the morning and one in the evening for the rest of her life, with the resonance of her battles with adversity echoing down the years.

“[Epilepsy] has definitely shaped my resilience,” she said. “It’s made me the person I am today. With the Birmingham 2022 Commonwealth Games set to inspire people and communities across the country this summer, Clark hopes sharing her story will give others motivation to get involved in sport and turn their dreams into reality.

“I’m privileged that I can have a good quality of life and it doesn’t affect me day-by-day in the same way it does other people. “I want other people in my position to go out and think they can achieve things too. ”Clark has made her name on the global stage with record-breaking performances at the innovative International Swimming League (ISL), under the banner of the LA Current franchise.

The short-course event is known for its revolutionary event presentation – specifically light shows – posing a clear challenge to Clark’s medical condition. ISL managers and Clark’s team are all aware of the issues that environment poses.

“It can be a bit scary,” she said. “I have to think that I am on medication and surrounded by the medical team so I just try and put it to the back of my head. All I can do is manage it.”

Clark has used the ISL as vital racing exposure during Covid-19 after she missed the British team for last year’s European Championships and Olympic Games. Last November, she set a new national 50m breaststroke world record en route to beating four-time world champion Alia Atkinson. Clark’s time of 29.32 seconds made her the ninth-fastest woman ever over that distance.

“The main thing I’ve learned is that the girls who are at the highest level absolutely love it,” she said. “Once you’ve found your happy place in life, you can train much more and enjoy it. All the girls have a laugh before we race and it’s a good atmosphere, like a hobby.” The sprinter broke out with European silver in Glasgow back in 2018, her major Championship debut.

In late 2019 she moved south to be based in Winchester, a switch that was scuppered in part due to lockdowns, and she is now back home training at Derventio Excel. Clark returns to the big stage at the Commonwealth Games as a happy swimmer, confident that speed will follow.

This summer, Team England, supported by National Lottery funding, will comprise over 400 athletes in total, and having secured her place on the squad, Clark is looking to capitalise on the once in a lifetime opportunity for medal success in her home country.

“This sport is so savage and sometimes it feels like you don’t have that many people supporting you and it can feel like you are against the world.

“The better athlete I become I realise how much harder it is, so you have to have balance and I’ve got that now and I’m back home.

“It was a lot about figuring out what I valued in life and for me it was swimming and family.”