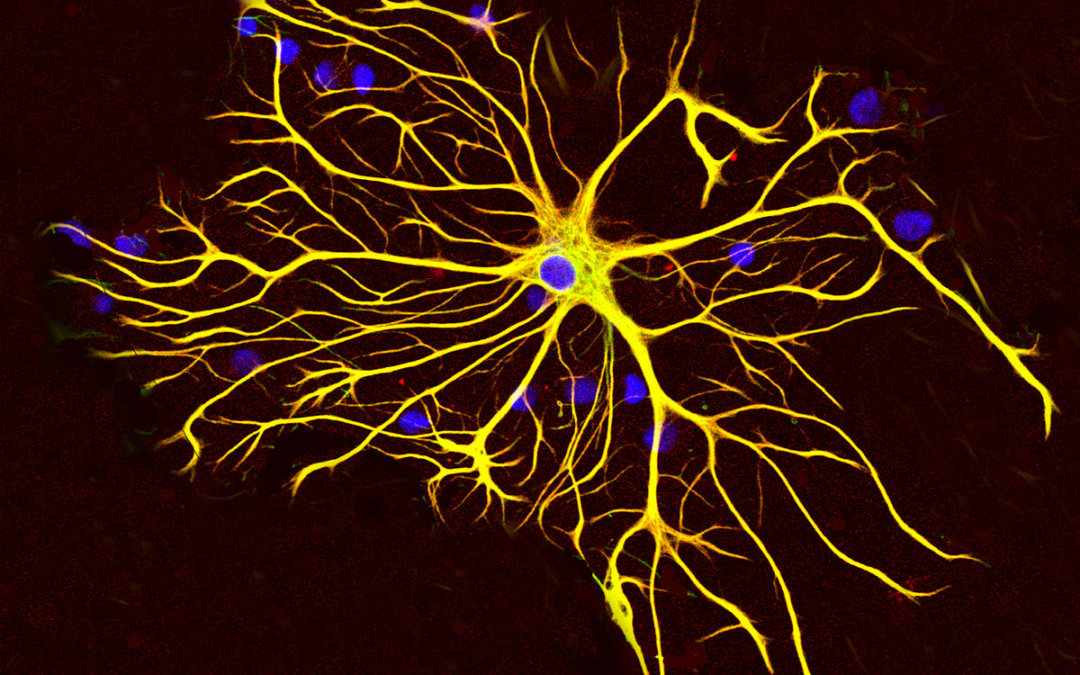 Immature Astroglia, Not Neurons, Could Be Potential Epilepsy Therapy Target

We all lose brain cells over time, but the results of a study led by scientists from the University of Southern California (USC) Stem Cell and the USC Neurorestoration Center suggest that adults can replenish at least some of those that are lost by generating new brain cells, and that this process is dramatically altered in patients with long-term epilepsy. The results could point to new approaches for antiepileptic therapy.

“Our study is the first to detail the presence of newborn neurons and an immature version of a related cell type, known as astroglia, in patients with epilepsy,” said Michael Bonaguidi, PhD, an assistant professor of stem cell biology and regenerative medicine, gerontology, and biomedical engineering at USC. “Our findings furnish surprising new insights into how immature astroglia might contribute to epilepsy—opening an unexplored avenue toward the development of new anti-seizure medications for millions of people.”

Bonaguidi and colleagues reported on their studies in Nature Neuroscience, in a paper titled “Altered adult neurogenesis and gliogenesis in patients with mesial temporal epilepsy.”

Adult neurogenesis is “a dramatic form of brain plasticity” in which newborn neurons and astrocytes modify existing neural circuitry, the authors explained. “This process occurs in the dentate gyrus (DG) in the hippocampus, where newborn cells contribute positively to memory and the regulation of emotion.” However, the team noted, in rodent models of epilepsy, alterations to adult hippocampal neurogenesis can have negative consequences. “In rodents, increased cell proliferation, migration and formation of aberrant synaptic hippocampal connections can initiate epileptic seizures.”

The role of newborn adult cells is less clear in humans with epilepsy, and there is evidence both for and against the presence of adult hippocampal neurogenesis in healthy individuals and in patients with epilepsy, the researchers continued. “Further, no studies have documented the prevalence of human newborn neurons and immature astroglia during epilepsy progression and their effects on seizure phenotypes.”

First author Aswathy Ammothumkandy, who is a postdoctoral fellow in the Bonaguidi Lab, and her colleagues collaborated with USC neurosurgeons Charles Liu, MD, and Jonathan Russin, MD, who often treat patients with seizures that can’t be controlled with medication. Drug resistance is particularly common with mesial temporal lobe epilepsy, or MTLE, and affects one-third of all patients with this form of the disease. As a result, some patients need to undergo surgery to remove the section of the brain.

For their newly reported study the team studied tissue from adult MTLE patients and from age- and sex-matched controls, and carried out cell culture experiments in MTLE to investigate altered neurogenesis and astrogenesis.

“Many patients bravely and generously donate their surgical specimens for research to advance our understanding of epilepsy and to develop new and better therapies,” said Russin, an assistant professor of neurological surgery, and associate director of the USC Neurorestoration Center. “These patients know better than anyone the trade-offs involved in the current treatment options, which often either don’t provide adequate seizure control, or carry very serious cognitive side effects.”

The surgical specimens afforded a unique opportunity for the researchers to study living brain tissue from patients with epilepsy, and to compare its architecture with post-mortem samples from people with no known neurological disease. The results confirmed the presence of newborn neurons in samples from individuals both with and without epilepsy, adding compelling new evidence to the ongoing scientific debate about whether adults retain the ability to generate these cells.

The scientists were able to use the living brain tissue in the surgical specimens to grow stem cells in the laboratory and test their ability to form newborn neurons and immature astrocytes. The results from these experiments confirmed that longer disease duration reduced the ability to form newborn neurons and increased the production of immature astroglia, consistent with the team’s direct observations of the surgical specimens. Their combined results, they stated, “… confirm the presence of adult human neurogenesis, and reveal robust immature neuron decline as an MTLE disease phenotype … We found that a longer duration of epilepsy is associated with a sharp decline in neuronal production and persistent numbers in astrogenesis.”

Summarising their results, the investigators concluded that while adult neurogenesis occurs both in healthy humans and in those with epilepsy, neuronal production does decline with duration of MTLE disease and epileptiform-like activity in the DG. “This drop in neurogenesis might account for several cognitive and affective impairments that increase in MTLE patients during disease progression,” they suggested. However, they further pointed out, immature neurons in MTLE are mostly inactive, and were not seen in cases with local epileptiform-like activity. Conversely, immature astroglia were present in every MTLE case, and their location and activity were dependent on epileptiform-like activity. “Immature astroglia, rather than newborn neurons, therefore represent a potential target to continually modulate adult human neuronal hyperactivity.”

Ammothumkandy said, “Normally, astroglia are considered to be supporting cells, because their job is to create an environment where neurons can thrive. But in patients who have lived for many years with epilepsy, it might be immature astroglia that are contributing to both initiating and modulating chronic seizures.” If this is the case, then immature astroglia could be an effective cell type to target by developing an entirely new class of anti-seizure medications.

“Currently available seizure medications tend to target neurons, so medications that act on immature astroglia could greatly expand the options for our patients,” added Liu, a professor of neurological surgery, neurology, and biomedical engineering, director of the USC Neurorestoration Center, and director of the USC Epilepsy Care Consortium. “A new class of drugs could combine with current medical and surgical strategies to control seizures without aggressive surgical removal of parts of the brain that can be critically important for learning, memory and emotional regulation.”

The authors further pointed out that a key remaining question is whether patients with MTLE retain the potential to regain neurogenesis, once lost. “Future studies will define latent potential for neural regeneration in the adult hippocampus,” they noted.