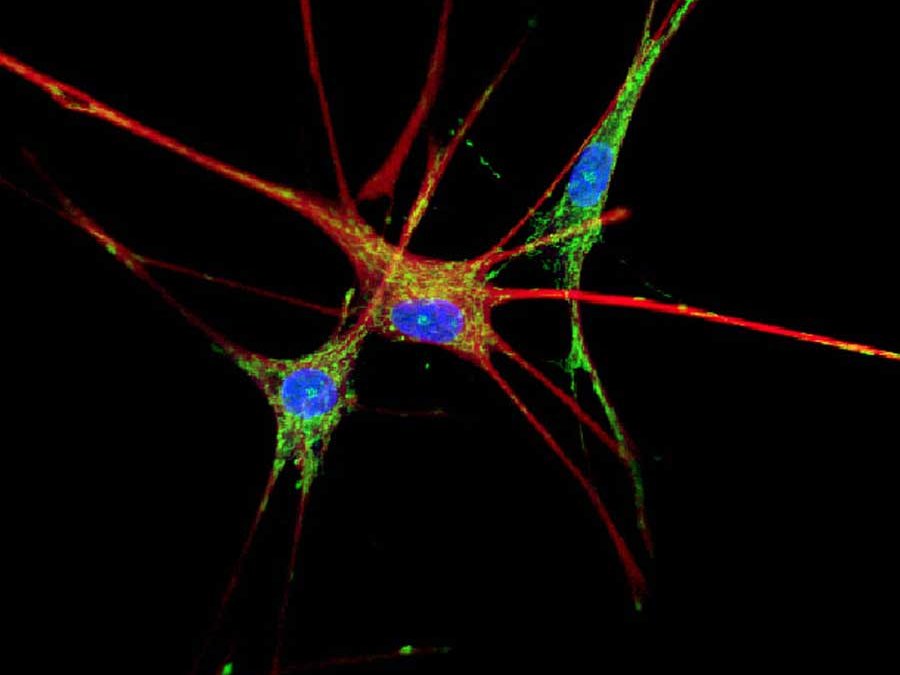 A team of researchers from the University of Southern California reported that an excess of immature astroglia in the human hippocampus appears to play a critical and previously unknown role in facilitating epileptiform-like activity in mesial temporal lobe epilepsy. However, they found no evidence that the loss of neurogenesis is what enables epileptiform-like activity to occur.

Immature astroglia in the human hippocampus appear to play a critical and previously unknown role in facilitating epileptiform-like activity in mesial temporal lobe epilepsy (MTLE), according to a study published in April in Nature Neuroscience.

Studies in mice had previously led researchers to believe that abnormalities of neurogenesis enable epileptiform-like activity to occur. But a team led by University of Southern California (USC) researchers found that didn’t hold true for humans.

While the lack of neurogenesis may play a role in the development of cognitive and behavioral impairments in MTLE, they found, it’s the persistence of astrogenesis, and a pathological tendency for the newly born astroglia to remain immature that appears to be the real culprit behind epileptiform-like activity, at least in the chronic stage of MTLE.

“It was surprising to us that while neurogenesis declined, that astrogenesis did not,” said the lead study author Michael A. Bonaguidi, PhD, assistant professor in the department of stem cell biology and regenerative medicine and assistant director of the Neurorestoration Center at the USC Keck School of Medicine.

A new challenge for neuroscientists, he said, is to find drugs that can normalize the activity of the astroglia. “This is a new cellular target to go after for drug discovery and development,” Dr. Bonaguidi said.

Commenting on the discovery, Jack Parent, MD, professor of neurology, director of the Neurodevelopment and Regeneration Laboratory, and co-director of the Comprehensive Epilepsy Center in the University of Michigan Medical School, said: “Obviously it has to be replicated. But the main novel finding, that immature glia drive excitability, offers a potential new target. It’s exciting.”

Because aberrant neurogenesis has long been known to play a critical role in rodent models of MTLE, Dr. Bonaguidi and colleagues wanted to see if they could replicate that finding in humans. To do so, they combined three techniques to compare the functioning of control healthy hippocampus against surgical resections of tissue from patients with MTLE: immunofluorescence, to identify neurogenesis in surgically resected hippocampus from healthy controls and adult patients with MTLE; neural stem-cell cultures, to observe their capacity to mature into neurons or astrocytes; and multi-electrode recordings of ex vivo hippocampal slices, to observe the relationship between neurogenesis, astrogenesis, and epileptiform-like activity.

They found that the longer a case of MTLE had lasted before surgical resection, the less neurogenesis occurred. What few immature neurons did remain were mostly inactive, and not seen in samples with local epileptiform-like activity.

Astrogenesis, on the other hand, persisted, and immature astroglia were seen in all cases of MTLE. Their location and activity, in fact, were directly associated with epileptiform-like activity.

“The immature astroglia observed in this study likely represent a pathological phenotype of epilepsy caused by cell genesis or dedifferentiation of mature astrocytes to an immature or fetal-like state,” the study stated.

The very fact that they found evidence of neurogenesis at all is another important finding of the study, the paper noted.

In an interview with Neurology Today, Dr. Bonaguidi and a colleague acknowledged that, despite their findings, it still remains controversial whether neurogenesis occurs in adult humans. They pointed to an editorial published in February in Neuron which asserted that despite mounting evidence, human adult neurogenesis is “unlikely.”

“Our study is certainly not going to end this debate,” Dr. Bonaguidi said. “But it is going to add fuel to the fire.”

The multiple methods used in their study, however, lends weight to their finding that neurogenesis does occur in adult humans, and that it declines due to epilepsy, said co-author Charles Liu, MD, professor of clinical neurological surgery at USC and director of the USC Neurorestoration Center.

“If I do a biopsy and don’t find any cancer, that doesn’t mean it’s not there,” Dr. Liu said. “Something that is rare is going to be difficult to find. But if I do find it, the uncertainty is gone. So, the evidence of neurogenesis that we have from this study is quite compelling.”

Their finding that persistent astrogenesis, rather than the declining neurogenesis, is a key driver of epileptiform-like activity in MTLE surprised Dr. Liu just as it did Dr. Bonaguidi.

“To find something so basic and fundamental, that could change the way we look at this disease, is pretty exciting,” Dr. Liu said.

Fred “Rusty” Gage, PhD, president of the Salk Institute for Biological Studies and the Adler Professor in the laboratory of genetics at the Salk Institute, said the study presents a “compelling case” for neurogenesis in the adult brain.

Moreover, Dr. Gage said, “they found a more dramatic decrease in neurogenesis with extended duration of MTLE than even with Alzheimer’s disease. That there is an increase in astrogenesis or adult-born astroglia with MTLE is striking. That this could contribute to the seizure activity is both interesting and compatible with some of the animal work.”

“What is even more exciting for the field of epilepsy research and for patients,” she said, “is that the authors identified immature astroglia that are contributing to both initiating and modulating chronic seizures. Those immature astroglia could be targeted to develop a new class of antiseizure medications.”

Dr. Parent said he was pleased to see that the study combined multi-array recordings with histology and immunofluorescence to identify the presence of neurons and astroglia alike.

One approach to correcting both the superabundance of immature astroglia and the deficit of newborn neurons would be to reprogram those immature astrocytes into inhibitory neurons, presumably through genetic engineering, he said.

“You get double the bang for your buck if you can reduce excitability and increase inhibition at the same time,” Dr. Parent said.