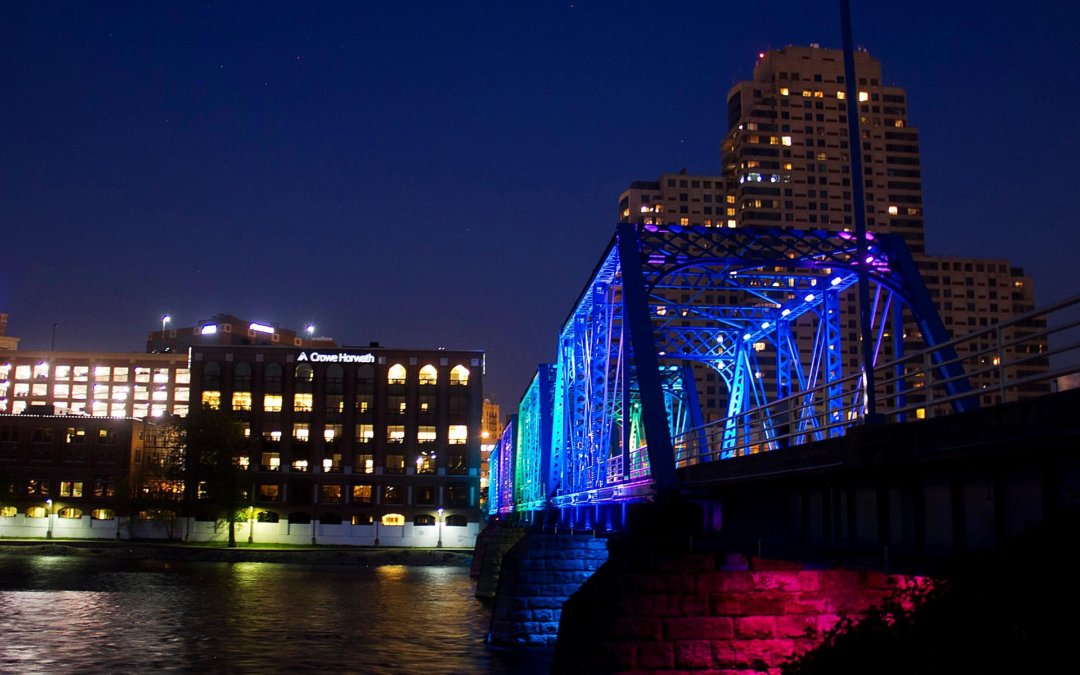 I Wouldn’t Be Me Without Epilepsy

My name is Elizabeth Preston. I’m 20 years old, in my second year at Grand Rapids Community College and I will be receiving my Associate’s Degree in General Studies next week. I then plan on transferring to Northern Michigan University in the fall to pursue a bachelor’s degree. I work at a local ski area where I love to snowboard in the winter and run in the summer.

To anyone who glances at me, I seem like any other college student. However, I go about every day of my life living with a seizure disorder called epilepsy.

A person is diagnosed with epilepsy when they have had two or more seizures. According to the National Institute of Neurological Disorders and Stroke (NINDS), doctors have discovered more than 30 different types of seizures. I, myself, experience two different types of seizures, myoclonic seizures and tonic-clonic seizures, more commonly known as grand mals.

I started having seizures the summer before my freshman year of high school when I was just 14. I was only having myoclonic seizures at the time. However, my family and I did not know they were seizures.

These myoclonics were always happening in the morning when I first woke up. This made sense because this is when my brain was waking up and becoming engaged. I’d be brushing my teeth, a muscle would jerk and my toothbrush would go flying. I’d be applying mascara, a muscle would jerk, and I’d stab myself in the eye.

Like many children who experience unfamiliar medical issues, I went to my mom and explained what was happening. Because seizures were not even on her radar, she told me, “When it comes to your body, adolescence is kind of a weird time. It’s morning, I think your body is tired, it’s having some muscle spasms, I wouldn’t worry too much about it.” So I didn’t.

Then a few months later on one November morning while visiting New York, my mom and I both started to notice that these “muscle spasms” were starting to become more pronounced and I then collapsed on the floor in a tonic-clonic seizure in our hotel room.

I woke up exhausted, nauseous, and confused. The seizure damaged my memory enough that I wasn’t able to remember anything that happened in the past two days. My mom was doing everything she could to comfort me and reassure me all while figuring out how to safely get me back home to Grand Rapids. It was then when I was introduced to Helen DeVos Children’s Hospital Pediatric Neurology department and had the first of many EEGs.

Soon after, results from the EEG came in. A neurologist met with my mom and me to tell us I have juvenile myoclonic epilepsy (JME). My mom broke down in tears and I just stared at the neurologist blankly. I knew what seizures were, but I didn’t know what epilepsy was. All I could wonder was if it was going to affect my life that much.

I soon learned that epilepsy is not just seizures. There’s much more to epilepsy: fatigue, memory loss, headaches, medication side effects, the lack of control of my life, a worried family, hospital stays, black eyes from falls, and more.

I had many absences throughout high school due to seizures and fatigue and felt isolated as a 16-year-old girl when all of my friends were receiving their driver’s licenses, and I didn’t know if I would ever have one of my own. (A person must be six months seizure-free to be eligible for a driver’s license in the state of Michigan).

From missing out on events to falling behind in classes, I had lots of unwanted stress and depression throughout high school. However, the Epilepsy Foundation of Michigan made things better.

The Foundation has given me a community of supporters that has made this unchosen journey better. They have reminded me time and time again that I am not alone. I have gone to Epilepsy Awareness Hockey games in Midland, and sat with and talked to others who are experiencing challenges in epilepsy. In high school, my cheerleading team even organized an Epilepsy Awareness Football game where seizure information was handed out to the fans. The football players wore purple socks and even the opposing team’s cheerleaders wore purple bows in their hair for support.

I have walked in fundraising “Strolls” alongside people with epilepsy and their families while being cheered on as fighters. I have stood next to family and friends carrying photos of their loved ones that have died because of epilepsy as there is something called SUDEP (Sudden Unexpected Death in Epilepsy). In cases of SUDEP, a person with epilepsy dies without warning, and no cause of death can be found. Each year, more than 1 out of 1,000 people with epilepsy die from SUDEP. It is the leading cause of death in people with uncontrolled seizures, according to the Epilepsy Foundation.

The Epilepsy Foundation of Michigan continues to host Innovation Conferences where medical professionals and families can learn the latest updates on epilepsy research and ask questions. These conferences continue to remind me there is a whole world fighting this disorder and looking for a cure.

I have spoken to groups about epilepsy and my journey. I spoke to my high school at a school assembly, at the Paul Neu Memorial Golf Classic, and at the annual Epilepsy Foundation of Michigan “Stroll for Epilepsy”, where I shared my journey but also a message of hope. I also had the opportunity to promote the Stroll on TV to a local news station.

Almost every time I speak to someone about my diagnosis, they tell me about someone else they know with epilepsy. Epilepsy is the fourth most common neurological disorder in the United States after migraine, stroke, and Alzheimer’s disease.

One in 26 people in the world will be diagnosed with epilepsy in their lifetime. An estimated 100,000 people in Michigan have epilepsy. The number of Americans who have epilepsy is greater than the number who have multiple sclerosis, Parkinson’s disease, and cerebral palsy combined.

It’s important for everyone to be educated on epilepsy on what to do in the event of a seizure because I and many others have experienced seizures in public settings with no one around but strangers.

Last semester, I had a seizure in a class at Grand Rapids Community College. My professor responded by calling campus police. The officer arrived promptly and seemed to have had knowledge of basic seizure first aid. However, she did not seem to understand epilepsy or why I was acting the way I was after my seizure.

The officer hounded me with questions and even made a couple of insensitive jokes about epilepsy. She also told me that GRCC Police receive calls about a student having a seizure at least once a month. It’s crucial to know seizure first aid, but it can also be just as crucial to understand epilepsy and reassure a person after a seizure.

This caused me to address the GRCC Board of Trustees, asking for employees to receive seizure safe training so they can understand and be prepared to help other students like me who have epilepsy.

Because of this, the entire GRCC Police Department has been asked to go through the training I suggested and the Human Resources Department of GRCC has made it available for all campus employees.

According to the CDC, About 1 out of 10 people may have a seizure during their lifetime. This means seizures are common and one day, you might need to help someone during or after a seizure.

Anyone can access a 30-minute online training course for free. Seizure First Aid Ready educates the public on the Epilepsy Foundation of America’s basic procedures for responding to someone having a seizure. The on-demand course is presented in an interactive format to help everyone become Seizure First Aid ready.

Epilepsy is usually a lifelong condition, but most people with it are able to have normal lives and eventually have their seizures well controlled. Many of these people are able to control their seizures with medications, but between 30 to 40 percent have what’s called drug-resistant or medically refractory epilepsy, in which they don’t respond to standard anti-seizure medications.

I am someone who has drug-resistant epilepsy. It has caused me to get creative and look into several other options. One of them being diets. I just recently began the ketogenic diet or more commonly known as “keto.” Keto is a way of treating patients with poorly controlled epilepsy. The diet is high in fats and low in carbs. It works by changing how the brain gets the energy to function. The diet has successfully reduced seizures in many patients, including myself.

For so long, it seemed that all I had to do was take the medication the doctors prescribed but the rest was out of my control. I’ve begun to learn just how much is in my power. I have committed to sleeping at least seven hours every night, exercising regularly, having less screen time, and journaling daily. Prioritizing not only my physical health, but my mental health.

I still need to be conscious of things in my life that can cause seizures as lack of sleep and stress are the two biggest triggers for my juvenile myoclonic epilepsy. Drinking too much alcohol also causes myoclonic jerks and generalized tonic-clonic seizures in JME. But I’m still able to enjoy life like others.

I have an outstanding family and incredible friends who support and stand by me. I know I can always count on them. They keep me smiling and catch me when I fall. Literally.

Epilepsy has changed me a lot, but I’ve already done so much in my life while living with it. I advise other people with epilepsy to embrace their diagnosis and live their best life possible, rather than the life they wish they could if they were not diagnosed.

I also encourage everyone to educate themselves on epilepsy and spread awareness. Some people may be hesitant to do so as they feel epilepsy doesn’t affect them or their life. Well, there was a time when it didn’t affect my life either.