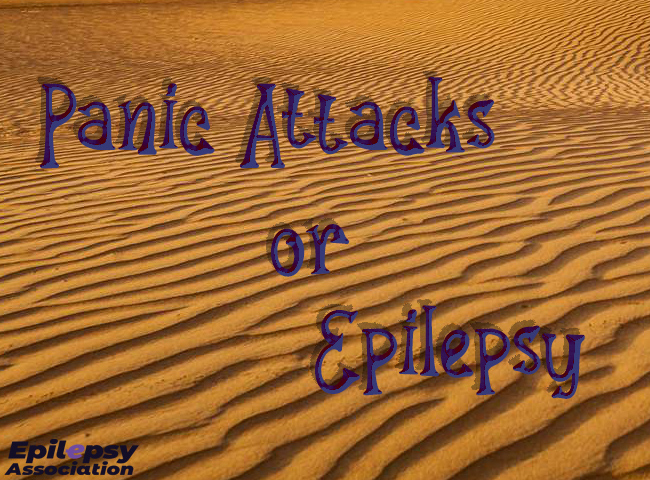 The first time it happened was in July. I was sitting at my desk, sifting through a swamped inbox when my mind slipped into a feeling of déjà vu. Déjà vu is unnerving at the best of times, but this was prolonged; all-consuming. It felt like I was remembering a half-forgotten dream while wrestling to establish why my desk – where I spent hours each day – was now an agent of dread. Pounding heart, constricted lungs and an icy sensation slithering in my stomach: the hallmarks of a panic attack.

The initial fear and panic subsided as quickly as it arrived. But, throughout the course of that one summer day, I experienced 30 more episodes. An emergency GP appointment followed and I left with a packet of diazepam and a diagnosis: generalised anxiety disorder.

After the diagnosis, I tried every trick in the book to manage my new “panic attacks”: meditation, exercise, healthy eating, plenty of sleep, regular exercise, and a self-referral for cognitive behavioural therapy (CBT) through the NHS.

While I felt less stressed, the déjà vu feeling and panic attacks continued regardless. It was only when I stumbled upon an online epilepsy forum with a discussion about my exact symptoms that I began to realise my “anxiety” might be something else altogether.

Armed with this information, I returned to my doctor and requested a neurology referral. That’s how I found myself, in December, in a stiff-backed hospital chair, face-to-face with a neurologist, digesting my new reality: I had temporal lobe epilepsy. “I wish I had a medical student here – you’re a textbook case,” my doctor affirmed, before reeling off activities that I could no longer do, deemed too high risk, like driving, taking a bath and standing on a chair.

I almost laughed at how surreal it all felt. But underneath the shock of a life-changing diagnosis, relief was blossoming. This was the culmination of six months of disconcerting symptoms and misdiagnosis. It was a definitive answer.

Since the seizures began, I’d felt like something unexplained had wrested charge of my brain cells. Unbeknown to me, the electrical rhythms of my brain had fallen out of kilter, dropping their steady, reassuring beat for more unreliable pulses.

The symptoms I’d been experiencing were focal aware seizures, disruptions in the brain’s signals which cause uncontrollable sensations, movements and feelings. Often, they precede a tonic-clonic seizure – the convulsive loss of consciousness that represents much of the general public’s understanding of epilepsy. But that didn’t happen in my case.

Around 600,000 people in the UK have epilepsy and it can start at any age although the NHS says it usually starts in children or people over 60. “In most cases, it’s not clear why this happens,” it says.

Although genes are thought to play a part – one in three people have a family member with epilepsy – it can also be caused by damage to the brain such as a stroke, infection or tumour, or a head injury. Temporal lobe epilepsy, which I have, can be managed with medication in two-thirds of people; for the rest, diet changes and surgery can be an option.

Although epilepsy is a common condition, many – like me – may initially go undiagnosed – especially if they are experiencing subtler symptoms like migraines, heart arrhythmias, vertigo or fainting spells.

Getting a formal diagnosis can be challenging, obstructed by a widespread ignorance of epilepsy’s myriad forms. For example, only three in 100 people with epilepsy have photosensitive epilepsy, but flashing lights are by far the most commonly publicly known trigger.

Problems in securing diagnosis can also arise at a primary care level. “Lack of recognition or underdiagnosis of epilepsy is more common in people with only symptoms caused by focal epilepsy,” explains Andy Nicolson, medical director of The Walton Centre, the UK’s only specialist trust dedicated to neurosciences.

In these forms of epilepsy, which include temporal lobe, seizures originate in one hemisphere of the brain and can be confused with panic attacks or migraines. As a result, “it’s not unusual for people to have a delay in diagnosis for a number of years,” Nicolson explains.

On the Reddit epilepsy thread, people from across the world recount their experiences of misdiagnosis. These range from serious mental health conditions to detention in psychiatric wards. Many stories feature a generalised anxiety disorder misdiagnosis, while some tell of delayed diagnoses of up to 20 years.

Gus Baker, a retired chartered consultant clinical neuropsychologist, secretary general of the International Bureau for Epilepsy and patron of The Brain Charity, says the likelihood of reaching a quick diagnosis of epilepsy can also be stymied by your location. “You’d expect most GPs to be well advised and understand epilepsy to a fair degree,” he says. However, there’s “a postcode lottery – and depending on where you live and who you see, this affects whether you get an accurate diagnosis.”

So if your GP has a good relationship with local neurology services, or you live within an NHS Trust with a specialist epilepsy centre, then referral may be quick; if not, you could face a lack of understanding – and a far longer wait to be diagnosed. The six months it took for mine is markedly faster than many others experience.

For 31-year-old Sarah Barker-Nunn from Romford in Essex, it took three years for her diagnosis of juvenile myoclonic epilepsy, which presents as uncontrolled spasms and jerks in your limbs.

Her first episode occurred at age 14, and was followed by tonic-clonic seizures. Her GP’s initial diagnosis was “bizarre”, she recounts. “They told me I wore too much mascara and the headaches I was experiencing were from my eyes being too heavy.” A diagnosis of migraines was given, before being revised as chronic fatigue and, subsequently, generalised anxiety disorder.

The experience took a huge toll on her life. “I struggled a lot at school because I was tired,” she explains and the extreme fatigue caused by her condition led her to drop three-quarters of her GCSEs. Finally, at the age of 17, she received a definitive epilepsy diagnosis.

Barker-Nunn remains frustrated about the length of time it took – and the misdiagnoses she received along the way. “I’m so annoyed with the NHS and the school system because they wouldn’t believe me,” she says. She is keen to raise awareness around misdiagnoses and is grateful for the support of neurologists and epilepsy nurses, who she says are “worth their weight in gold”.

What I’ve learned from my experience is that listening to your body – and trusting what it tells you – can be a crucial step in an accurate medical diagnosis. Baker agrees, recommending Epilepsy Action’s helpline for those concerned they might have epilepsy to find support and guidance around the types of questions they should be asking their GP.

Having the confidence to advocate for a neurology appointment has changed my life. The medication lamotrigine is managing my epilepsy and it’s unfathomable to think about the alternative: the distress of the seizures, or the risks posed to myself and others if I was still able to drive. I don’t blame the healthcare system for my misdiagnosis – I’m just relieved to have now found answers, support and the prospect of living life seizure-free.