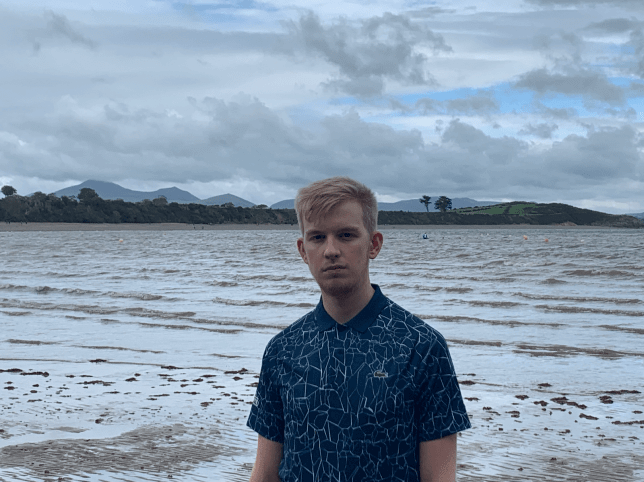 I hid my epilepsy for years because I was scared I would be picked on.

A seizure is hard to describe; it’s as if someone has hacked into you – like a computer – and, however much you struggle, has taken full control. You’re in a complete state of inability while your body goes through a turbulent episode. A few days after my eighth birthday, I had my first seizure on holiday at Center Parcs. I was taken for a CT scan to check that I didn’t have a brain tumour. A great relief ensued when this test came back negative. Yet, after six months and another seizure, I was diagnosed with epilepsy.

It was kind of a relief; I had an insecurity that something weird or odd was wrong with me, so having it labelled helped my self-esteem. There were hopes, of course, that it could simply disappear into adulthood. At the time, it made sense to keep my condition a secret for fear of being treated differently at school. I didn’t want to be picked on because of it. But trying to hide my epilepsy came with some challenges. The medication I was on at the time slowed down my processing so I would often come across as distant or inattentive. My teachers knew the reason why, of course, but my fellow students were kept in the dark. My mum and dad supported me a lot in the early stages of the condition, mostly by not making a big deal out of it. They wanted me to have as normal a childhood as possible. When I have an episode, I go through instant post-seizure amnesia, which erases most of the details. Also, my condition – benign Rolandic epilepsy – occurs while I sleep. The morning after, I would feel a little odd and drowsy, yet there was no clear way to know whether it had happened during my sleep – my parents would inform me. Most parents know the relief of tucking their children into bed at 8pm, then watching TV with a glass of wine. My mum and dad had no such release. For the first year after my diagnosis, they refrained from even switching on the TV for fear of missing a seizure. There was also no way to predict when exactly they would happen. In the worst patches, seizures could become as regular as two or three times a week, but sometimes there would be months in between. My dad endured many nights with little or no sleep and used a baby monitor system to guarantee I had support during seizures. If he noticed one starting, he would rush into my room, administer emergency medication and hold my hand through it. There were moments when I wanted to tell the rest of the school, but I was concerned about this marking myself out as different One night, he heard me and rushed in to be by my side. He became concerned after the seizure continued for more than five minutes so he called the emergency services and I was immediately rushed to hospital. My dad’s actions meant that the result – a short trip to A&E and the next day off from school – was not more severe. Incidents like that meant sleepovers and overnight school trips seemed almost impossible to manage. Before any friends came around, the house had to be ‘normalised’. This meant hiding my emergency medication and the baby monitor by my bed. I saw them as the things that were preventing me from having a totally ‘normal’ life and hated them, rather than my epilepsy. Overnight trips were also a common occurrence at school. Since my dad volunteered as a Cub Leader, it made it easier for him to attend cub camp – I would have a spot in a tent for socialising but slept indoors, trying to evade any questions. The same method applied to the yearly outdoor education programme: he would stay unseen in a private lodge that I snuck off to once my dorm-mates had fallen asleep. There were pros with this – I’d receive a much better night’s sleep than anyone else, as well as nabbing some luxury snacks. But I did wish to be just a regular lad, able to stay up all night and hide sweets under bed sheets like everyone else. This is when the reality of being ‘different’ really hit home and it was a depressing thought. It wasn’t the fact that hiding my epilepsy was restrictive, but rather the condition itself. There were moments when I wanted to tell the rest of the school, but I was concerned about marking myself out as different – I didn’t know anyone else with a condition like mine. In year nine, I moved to a school where disability was more visible, and awareness was promoted – there were teachers and fellow pupils with disabilities and an impressive SEND department. This encouraged me to open up about my epilepsy in a new and safe environment. It was a huge weight off my shoulders. It was time for me to start making my own decisions – and I’m so glad I chose the one that was right for me. I believe this is how I was able to form more meaningful friendships – which still last now. Because I was open about my condition, my confidence grew. We even had a spontaneous class debate about making snarky jokes around epilepsy – such as someone imitating a seizure after flashing lights in their face – and all agreed it wasn’t right. Another example is that my dad’s name appeared as a chaperone on a choir trip – and this raised no eyebrows since everyone knew about the support I needed. I no longer worried about being seen as an outcast.  MORE: SCHOOL Junior school locked down as armed police investigate reports of man with gun Racism in schools has ‘increased during lockdown’ Teachers call on PM to fix school testing crisis ‘before it’s too late’ My life definitely changed for the better after I stopped keeping my condition a secret. I haven’t grown out of epilepsy, but my seizures have become much less frequent and less impactful on my lifestyle. I continue to make choices to decrease the chances of episodes. If you’re in an understanding and supportive environment, it’s down to you to make the leap of faith in opening up. There’s no better feeling.

By Matthew Prudham in Metro.co.uk