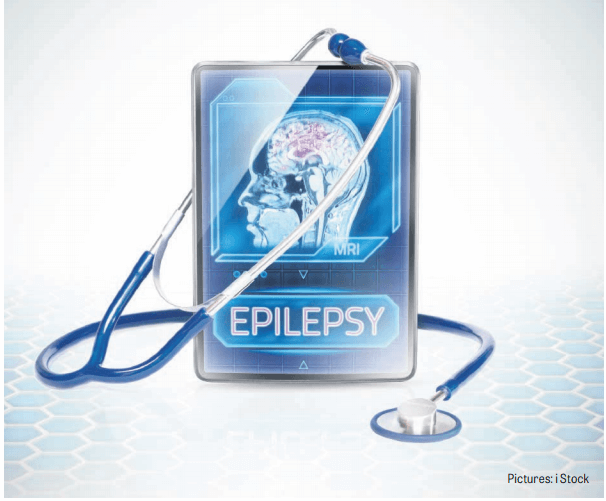 How to deal with epilepsy 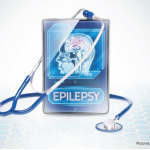 Epilepsy is a condition where the nerve cell activity in the brain is disturbed.  Epilepsy is a disorder in which nerve cell activity in the brain is disturbed, causing seizures or periods of unusual behavior, sensations and sometimes loss of consciousness.  People with epilepsy behave differently. Some simply stare blankly for a few seconds during a seizure, while others repeatedly twitch their arms or legs.  You need to have two unprovoked seizures to be diagnosed with epilepsy. All seizures need to be treated because they can be dangerous during activities such as driving or swimming.

Symptoms vary depending on the type of seizure. Seizures can affect any process your brain coordinates, therefore the signs and symptoms may include:
-Temporary confusion
-Staring into space
-Uncontrollable jerking movements of the arms and legs
-Loss of consciousness or awareness Seizures are classified as focal or generalised based on how the abnormal brain activity begins.

These result from abnormal activity in just one area of your brain. These seizures fall into two categories:
-Simple partial seizures. These are focal seizures without loss of consciousness. They may alter emotions or change the way things look, smell, feel, taste or sound. They may also result in involuntary jerking of a body part, such as an arm or leg, and spontaneous sensory symptoms such as tingle

Complex partial seizures.
These seizures involve a change or loss of consciousness or awareness. During a complex partial seizure, you may stare into space and not respond normally to your environment or perform repetitive movements, such as hand rubbing, chewing, swallowing or walking in circles.

These seizures involve all areas of the brain. Six types of generalized seizures exist.

Epilepsy most of the time has no identifiable cause. The condition may, however, be traced to various factors. Some types of epilepsy run in families. In these cases, it’s likely that there’s a genetic influence. Certain genes may also make a person more sensitive to environmental conditions that trigger seizures.

-Head trauma. Head trauma as a result of a car accident or other traumatic injury can cause epilepsy.
-Brain conditions. Brain conditions such as brain tumours or strokes, can cause epilepsy. Stroke is a leading cause of epilepsy in adults older than age 35.
-Infectious diseases. Infectious diseases, such as meningitis, AIDS and viral encephalitis, can cause epilepsy.
-Prenatal injury. Before birth, brain damage could be caused by several factors, such as an infection in the mother, poor nutrition or oxygen deficiency. This brain damage can result in epilepsy or cerebral palsy.
-Developmental disorders. Epilepsy can sometimes be associated with developmental disorders, such as autism and neurofibromatosis.
-Age. The onset of epilepsy is most common during early childhood and after age 60, but the condition can occur at any age.
-Dementia. Dementia can increase the risk of epilepsy in older adults.
-Seizures in childhood. High fevers in childhood can be associated with seizures. These children generally won’t develop epilepsy, although the risk is higher if they have a long seizure, other nervous system conditions or a family history of epilepsy.

Having a seizure can lead to circumstances that are dangerous to yourself or others.
-Falling. If you fall during a seizure, you can injure your head or break a bone.
-Drowning. If you have epilepsy, you’re likely to drown while swimming or bathing.
-Car accidents. A seizure that causes either loss of awareness or control can be dangerous if you’re driving a car or operating other equipment.
-Pregnancy complications. Seizures during pregnancy pose dangers to both mother and baby, and certain anti-epileptic medications increase the risk of birth defects. If you have epilepsy and you’re considering becoming pregnant, talk to your doctor as you plan your pregnancy.
-Emotional health issues. People with epilepsy are more likely to have psychological problems, especially depression, anxiety and, in extreme cases, can lead to suicide. Problems may be a result of difficulties dealing with the condition itself as well as medication side effects.
Status epilepticus. This condition occurs if you’re in a continuous seizure lasting more than five minutes, or if you have frequent recurrent seizures without regaining full consciousness in between. Sufferers have an increased risk of permanent brain damage and death.
Sudden unexplained death in epilepsy (SUDEP). People with epilepsy also have a small risk of sudden unexplained death. The cause is unknown, but some research shows it may occur due to heart or respiratory conditions.

Treatment of choice for epilepsy is medication. If medications don’t treat the condition, doctors may propose surgery or another type of treatment.

Medication Most people with epilepsy can become seizure-free by taking one anti-seizure medication, called anti-epileptic medication. Others may be able to decrease the frequency and intensity of their seizures by taking a combination of medications. Your doctor will advise you about the appropriate time to stop taking medications. More than half the children with epilepsy who aren’t experiencing epilepsy symptoms can eventually discontinue medications and live a seizure-free life. Many adults also can discontinue medications after two or more years without seizures.

Finding the right medication and dosage can be complex. Your doctor will consider your condition, frequency of seizures, your age and other factors when choosing which medication to prescribe. Your doctor will also review any other medications you may be taking, to ensure the anti-epileptic medications won’t interact with them. Your doctor likely will first prescribe a single medication at a relatively low dosage and may in – crease the dosage gradually until your seizures are well controlled.

-Take medications exactly as prescribed.
-Always call your doctor before switching to a generic version of your medication or taking other prescription medications, over the counter drugs or herbal remedies.
-Never stop taking your medication without talking to your doctor.
-Notify your doctor immediately if you notice new or increased feelings of depression, suicidal thoughts, or unusual changes in your mood or behaviours.
-Tell your doctor if you have migraines. Doctors may prescribe one of the anti-epileptic medications that can prevent your migraines and treat epilepsy.

At least half of all people newly diagnosed with epilepsy will become seizure-free with their first medication. If anti-epileptic medications don’t provide satisfactory results, your doctor may suggest surgery or other therapies. You’ll have regular follow-up appointments with your doctor to evaluate your condition. 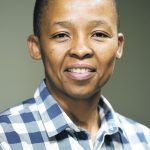