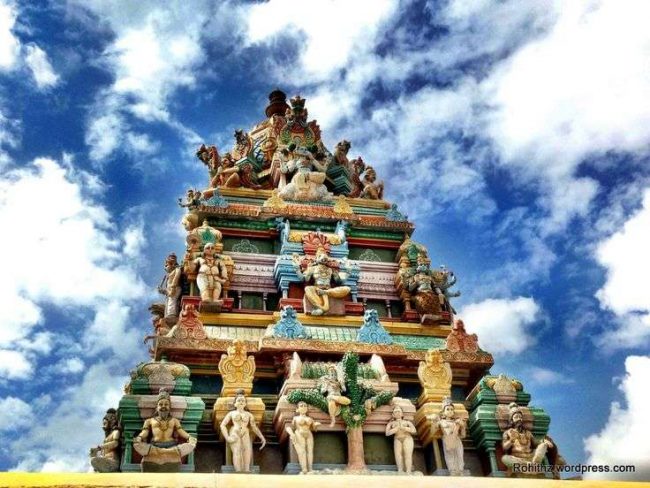 How can primary health care help to close the epilepsy treatment gap? A journey through Andhra Pradesh, India

The role of primary health care in identifying, diagnosing, and treating people with epilepsy is increasingly important, particularly in view of the recent adoption of the Intersectoral Global Action Plan (IGAP) for Epilepsy and Neurological Disorders by the World Health Assembly.

However, societal attitudes and stigma around epilepsy can be major barriers to improving care. Without at least a rough idea of how many people require diagnosis and treatment in a given area, it’s difficult to establish needs and gaps. In India, where many people keep epilepsy hidden even from care providers, mapping the current state of epilepsy care in a rural area of Andhra Pradesh was nearly an exercise in futility.

A team of researchers visited two primary health care centers in Bhimaravam to assess care provided to people with epilepsy through the primary health care system. The visits were part of a coordinated clinical and research initiative called STOP-Epilepsy, which aims to improve epilepsy care in three districts in India:

Bhimaravam, in coastal South India, has a population of about 225,000. Most people work in rice paddy cultivation or fish farming. The two health care centers—in Turputallu and Gollavanitippa—each provide service to approximately 50,000 people.

“Reaching the centers took us a few hours,” said Gagandeep Singh, an epilepsy researcher from India. “This was largely because navigating the pot-holed road was quite a challenge.”

At Gollavanitippa, the pharmacist told the group that the pharmacy had 100 mg phenytoin tablets and injectable diazepam as anti-seizure medications.

At Turputallu, the researchers asked ASHA workers how many people with epilepsy lived in the communities they served.

“There was a long silence,” said Singh, “after which one of the ASHA workers said she was aware of one such case in her village.”

The idea that seizures are somehow affected by the moon’s phases has been around for thousands of years. Romans referred to people with epilepsy as “lunaticus” (moonstruck) and believed the gods intervened during certain phases. Limited research suggests a possible negative association between seizure frequency and the fraction of the moon illuminated at night; however, other research suggests an opposite trend.

At Gollavanitippa, ASHA workers at first said they knew of no one with epilepsy in their communities.

“As the interpreter persisted, one said that she knew of a family in her village in which both brother and sister both had epilepsy,” said Singh. “The sister died prematurely, and the brother is seeking treatment for epilepsy from a private facility.  She also mentioned one woman who was on treatment and married off some time ago. But it seems that that the epilepsy was not declared during the marital negotiations, and there has been considerable discord between the natal and conjugal family on this account.”

Arranged marriages account for nearly 80% of all marriages in India and much of South Asia. Parents or elders in the family negotiate arranged marriages; potential marriage partners have little to no opportunity to meet or discuss issues.

In India, epilepsy was legitimate grounds for divorce until 1999, when the Hindu Marriage Act was amended to remove it, largely due to the efforts of neurologists. Despite the legal gains, societal beliefs about epilepsy remain negative.

“All ASHAs agreed that hiding epilepsy was fairly common among both genders, and this was done primarily by families to avoid ruining marital prospects,” Singh said. “Using indigenous medications or witchcraft was not common, however. People would like to visit a specialist, funds permitting.”

Singh said another ASHA worker recalled a man who had epilepsy. She thought he might be visiting a private practitioner but was taking his medication irregularly because he could not afford a consistent supply.

“Where then do people with epilepsy seek care?” asked Singh. “There could be alternative pathways of care, but in the case of Bhimaravam, there is no use of alternative medicines or traditional healers. Do they merely remain behind shadows?”

Despite the number of anti-seizure medications on the WHO and Indian lists of essential medicines, primary health care dispensaries have few of these medications available. And primary care providers in Bhimaravam appear to see few people with epilepsy.

“Even if more people arrived at primary care centers for diagnosis and treatment of epilepsy, would care providers be able to manage their epilepsy effectively?” asked Singh.

The trip to Bhimavaram emphasizes that there are multiple barriers to obtaining effective care, he said.

“Cultural prejudices about epilepsy result in patients and families being unwilling to seek help for the condition or to tell health workers about the symptoms. Many community health workers don’t have the training to recognize seizures, to educate the community about epilepsy, or to recommend appropriate treatment in most cases,” he said.

“Finally, the availability of medicines at the community level is limited. Many of the standard epilepsy medicines are either not available at all or the availability is inconsistent. Reducing the treatment gap will require addressing all of these issues.”

ILAE is a global organization of health care professionals and scientists working toward a world where no person’s life is limited by epilepsy.