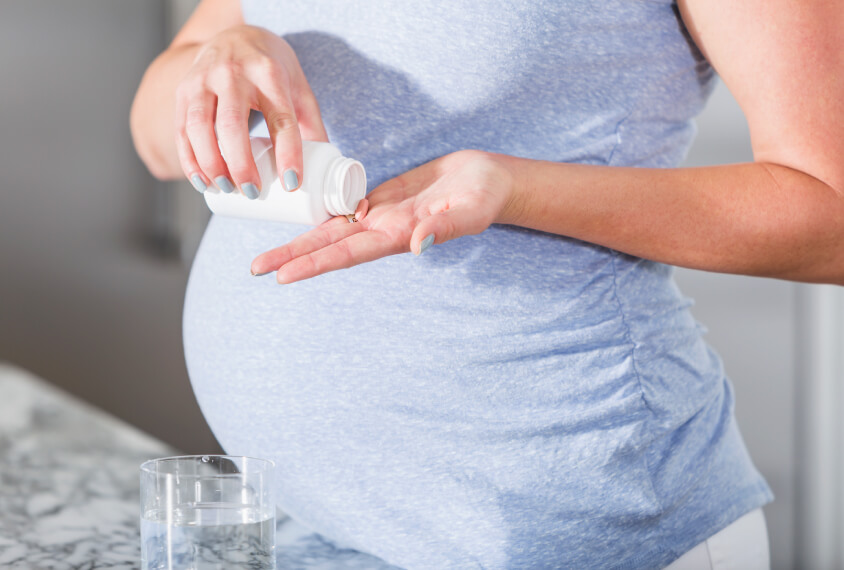 The risk was higher when the mother took high doses of the drug than when she took lower doses.

A study says a higher dose of topiramate drug during the first tri-semester of pregnancy may up the risk of cleft lip or cleft palate more than when taking a lower dose. Topiramate is prescribed to prevent seizures in people with epilepsy. It is also used to prevent migraine headaches or treat bipolar disorder. In combination with phentermine, it may be prescribed for weight loss. “While topiramate is not recommended for pregnant women, unplanned pregnancies are common, so it’s important to fully examine any possible risk,” said Sonia Hernandez-Diaz, from the Harvard T.H. Chan School of Public Health in Boston. Adding, “Our study found that when pregnant women took topiramate during the first trimester, baby’s risk of cleft lip or palate was three times greater than if mom was not taking the drug. The risk was higher when the mother took high doses of the drug than when she took lower doses.”

For the study, researchers looked at Medicaid data and identified nearly 1.4 million women, who gave birth to live babies over a 10-year period. Women who filled a prescription for topiramate during their first three months of pregnancy were compared with women who did not fill a prescription for any anti-seizure drug. They were also compared to women who filled a prescription for lamotrigine, another drug used to reduce seizures in epilepsy. There were 2,425 pregnancies in the topiramate group, 2,796 in the lamotrigine group, and more than 1.3 million in the group not taking anti-seizure drugs. Researchers then looked at how many women in each group gave birth to a baby diagnosed with cleft lip or cleft palate.

Researchers found that among the more than 1.3 million pregnancies in the group not taking anti-seizure drugs, 1,501 babies had cleft lip or cleft palate which translates to a risk of 1.1 per 1,000. For the 2,425 babies born to mothers who filled a prescription for topiramate during the first trimester of pregnancy, the risk of cleft lip or cleft palate was 4.1 per 1,000. The risk was 1.5 per 1,000 in the babies born to the 2,796 women taking lamotrigine.

Additionally, the risk of cleft lip or cleft palate for those taking more than 100 milligrams for any reason was five times greater than those not taking anti-seizure drugs, while those taking less than 100 milligrams had a 60 percent greater risk than those not taking anti-seizure drugs. Results were similar when women taking topiramate were compared with those taking lamotrigine. A limitation of the study is that topiramate doses were not randomly assigned to patients and therefore women on high doses may be different from those on low doses for reasons incompletely measured by the investigators, such as severity of epilepsy. The study was published in Neurology.