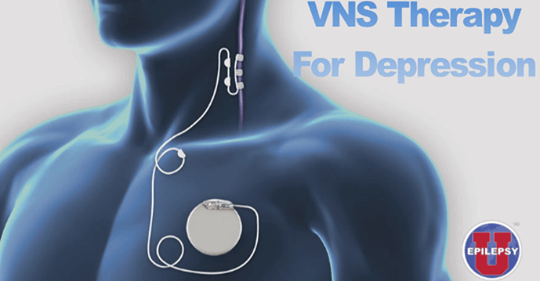 Patients with a rare disease called Dravet syndrome are at heightened risk for sudden unexplained death in epilepsy. Researchers are using stem cells to identify the effects of a gene mutation on the heart, which may lead to fatal arrhythmias.

Imagine putting your child to bed, only to have them pass away inexplicably in their sleep. This is the chilling reality for many victims of sudden unexpected death in epilepsy, or SUDEP — which claims the lives of 1 in every 1,000 people with epilepsy or other seizure disorders.

Patients with a rare disease called Dravet syndrome are at heightened risk for SUDEP. In the disease, seemingly healthy infants develop frequent and prolonged seizures, catastrophically affecting their development and quality of life.

Michigan Medicine scientists have been on a quest to better understand the connection and potential ways to prevent SUDEP in this population.

Eighty percent of patients with Dravet syndrome have variants in a gene, SCN1A, which codes for Nav1.1 sodium channels in the heart and the brain. Sodium channels are like a gate that allows sodium ions across a cell membrane, producing an electrical charge.

SCN1A mutations in people with Dravet syndrome result in electrical disturbances inside cells. Although seizures are the result of abnormal electrical signals in the brain, researchers suspected that problems may arise in the heart as well.

“We had a hypothesis that since these kids have the same mutation in their sodium channels in the heart and brain, they might have cardiac arrhythmias,” says Lori Isom, Ph.D., chair of the Department of Pharmacology at Michigan Medicine. “We were able to gather evidence that they do.”

The work is published in the journal Stem Cell Reports.

Isom and her clinical colleague, Jack M. Parent, M.D., professor of neurology and co-director of the Comprehensive Epilepsy Center at U-M, first looked to mouse models and then at cells collected from children with Dravet syndrome.

Their discovery: Mutations associated with Dravet syndrome in mice led to irregularities in the heart muscle’s sodium channels.

And those irregularities could be fatal. Variants in sodium channels in the heart can cause ventricular arrhythmias, which occur when the lower chambers of the heart begin to beat abnormally.

What stem cells can tell

To see if that finding appeared in people, Isom and Parent collected skin cells from pediatric patients with Dravet syndrome all over the world. Then, they converted those cells into induced pluripotent stem cells, which are cells that have the capacity to become any cell in the body.

By turning them into cardiac cells, the researchers were able to show that despite the loss of the SCN1A gene, there was an increase in sodium current in the heart cells.

“Your body needs to maintain homeostasis … it doesn’t just stand there and take the insult, it does something in response,” Isom explains. “So what the cell does to try and right the ship, so to speak, is to increase the expression of another sodium channel that’s not mutated. But that appears to result in an uncontrolled overexpression which produces too much sodium current.”

In fact, Isom recalls that she and Parent sounded an alarm when looking at the cells of one patient: “When we saw a huge increase in sodium current, we looked at each other and said ‘if this was our child, we’d want to know about it.'”

They recommended that that child get a full cardiac workup to check for abnormalities, which turned out to be present.

Although heart arrhythmias may help explain the suddenness of SUDEP, uncertainties remain.

“The question is, why do you die after the 1000th seizure when you didn’t die in the 999th?” Isom says. “Sodium-channel-linked cardiac arrhythmias almost always happen in sleep. That was a big red flag to me years ago when we started working on this project.”

To provide further evidence that SCN1A mutation was wreaking havoc in the heart, Parent and Isom’s team used CRISPR-cas9 technology to molecularly delete the gene from cells from a healthy child without epilepsy. When they repeated their experiment with those cells, they saw the same increase in sodium current.

Next, Isom and Parent plan to look at different genetic mutations related to SUDEP and at the potential use of repurposed drugs to treat Dravet syndrome and other forms of epilepsy.

“This is personalized medicine,” Isom says. “This is what we’re all after in the grand scheme of things. It takes a long time and a lot money but it works. If we can help one child, then it’s worth it.”

Story Source:
Materials provided by Michigan Medicine – University of Michigan. Note: Content may be edited for style and length.