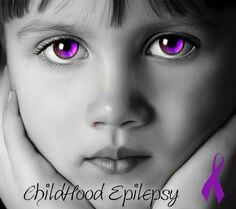 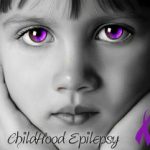 Sometimes Shelby would be there, but not “all there.”

At the dinner table, her parents and siblings would catch her “zoning out”; she’d stop paying attention to the conversation and need to be jostled back to focus. They’d chide her for being so rude, then continue with their meal. It was just one of her quirks, they reasoned, and she’d grow out of it eventually.

Shelby thought so too until she went to summer camp. One night at a camp-wide activity, she was asked to read a quote. In front of the entire camp, she began to read, then stopped, her eyes staring aimlessly past the words on the page. A counselor with medical training scooped her up and carried her off to the nurse’s station. Shelby, they realized, wasn’t zoning out: She was having seizures.

Epilepsy is the world’s fourth-most common neurological problem. Each year, 150,000 (or 48 out of 100,000) people will develop epilepsy, and estimates put the number of current cases at 2.2 million (or 7.1 for every 1,000) people. Though epilepsy can develop at any age, the majority of cases develop in old age and — as you’ve guessed from the direction of this article — childhood.

Experts estimate 0.6 percent of children aged 0–17 years have active epilepsy. Childhood absence epilepsy (or CAE), makes up 10–17 percent of these cases, making it the most common epilepsy syndrome among children. And girls are affected more often than boys.

So what’s it like? When Shelby met with her doctor for the first time, he sarcastically referred to it as the best form of seizure to suffer. There is no seizing up, no jerking, sudden movements of any kind. It’s almost the opposite, as the subject simply loses consciousness for up to 20 seconds before slowly coming to. Subjects don’t faint; they don’t do anything, not even react to sound or touch. When the seizure ends, subjects might not even realize that anything happened. At most, they may notice that they’ve lost time but unless diagnosed they have no explanation for where the time went.

“All I can remember coming out of it is feeling confused, but normal,” Shelby said. “I never felt weird, no strange sensation, no lightheaded feeling, nothing. I felt like a normal, healthy kid.”

Unlike their more violent counterparts, absence seizures are difficult to diagnose and often go unnoticed for months. As was the case with Shelby, observers — and subjects themselves — assume the person is simply zoning out. Combine this with typical assumptions about children, and it’s easy to mislabel an epileptic child as “a lazy little girl who needs to learn to pay attention.” A common indicator of children experiencing absence seizures is poor performance in school, often accompanied with notes from the teacher saying, “Needs to stop daydreaming” or “Head is always in the clouds.”

How is epilepsy treated in children?

Benign or not, a lot can happen in 20 seconds of unconsciousness, making treatment crucial. Fortunately, CAE (and AE in general) is easily treatable with anti-epileptic drugs. For children, medication proves effective in 80–95 percent of cases. With treatment, epilepsy may end after two to five years, and medication can typically end after two to three years without an incident.

The case is different for teenagers like Shelby who develop juvenile absence epilepsy (JAE). For them, epilepsy may never go away completely, making medication a continuing fact of life. The good news is that the medication is successful in keeping seizures under control in 80–90 percent of cases.

With proper treatment, the story ends happily. Shelby was first diagnosed and began medication when she was 13. At 19, she was cleared to stop medicating. She could finally go through the rite of passage she’d been forced to put off for years, one she’d never thought she’d be able to go through: getting a driver’s license.

“When I was 13, I was discouraged, thinking I was never going to get to that point because I had no control over my seizures,” Shelby says. “When I got my license, I wished my 13-year-old self could see me and learn that it’s possible.”