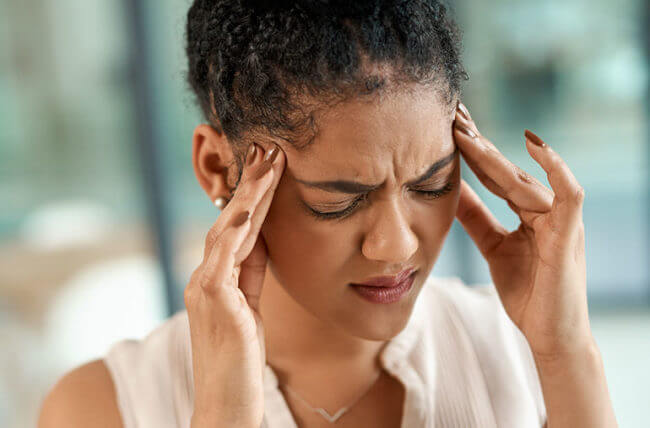 Headache, mental slowdown, nausea and in some cases epileptic seizures the situation could be worse than expected

As you know, when we deal with medicine and science, our primary advice is always to be followed by specialists in the field. Never improvise! Health is not a joke. But today we give you some tips not to underestimate these symptoms. Seemingly harmless, they could be hiding something very serious.

Headache, mental slowdown, nausea, vomiting and in some cases even epileptic seizures. More or less serious illnesses and illnesses. In some apparently negligible cases. But instead, nothing should be underestimated. Because behind these seemingly ordinary symptoms (headaches above all) a very serious evil could be concealed.

Therefore, we always invite you to prevent, through professionals in the sector and specialized centers. Also because, fortunately, science has made and is making giant steps to identify, treat and heal even very serious and complicated pathologies.

Everything, in fact, can be discovered and treated in time with CT (Computed Tomography) or MRI (Magnetic Resonance) exams. But, if you have these symptoms, beware!

Prevention is better than cure

Behind headaches, mental slowdown, nausea, vomiting and epileptic seizures, in fact, a serious illness can be hidden, such as brain tumor. Through the tests we have just talked about, it is possible to locate the malignant mass that infiltrates and compresses the brain.

Brain tumor is a lesion that takes up space inside the skull. Unfortunately it can affect both adults and children. The cells that make up the mass tend, by compressing or infiltrating the brain parenchyma, to alter the various functions of the brain.

It can be caused by old age, but also from genetic predisposition and weakening of the immune defenses. Or from induced causes, especially from the development that characterizes these years: exposure to carcinogenic substances or high-dose ionizing radiation or excessive use of mobile phones.

The invitation, therefore, is not to underestimate any discomfort and, above all, any symptoms among those we have indicated. Also because, with the right timing, it is possible to intervene through neurosurgery. The most effective treatment is surgery, followed by radiotherapy and chemotherapy. According to the latest research and discoveries, in fact, miniature robots could be sent deep into the human brain to treat ailments inaccessible by other methods.

Benign tumors, in fact, reproduce with a certain slowness. While the malignant ones, unfortunately, are characterized by a much faster cell reproduction. However, new technologies allow the treatment of Dandy-Walker syndrome, as well as malignant gliomas, cancerous brain tumors often considered inoperable. So don’t underestimate any symptoms and invest in prevention. It can save your life!