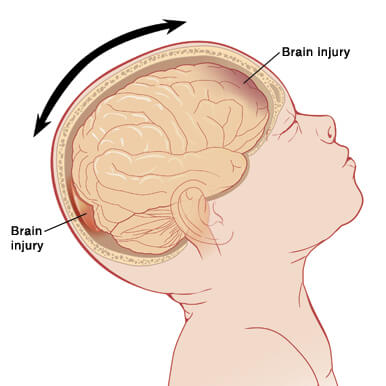 ‘He didn’t have a life’: Family of victim in shaken baby case, now a homicide, seek justice

Patrick Mitchell was two months old when he sustained injuries due to shaken baby syndrome on January 6, 1988.

“He didn’t have a life,” said Patrick Mitchell’s uncle, James Mitchell. “He lived in a hospital bed. He couldn’t walk, talk, see or hear. He didn’t really move.”

John Coleman, a friend of Patrick Mitchell’s mother, pleaded guilty to battery in the case was sentenced to eight years in prison.

Patrick Mitchell’s aunt and uncle, Mary and James Mitchell, spent the 34 years of Patrick Mitchell’s life nursing him in their home. He passed away in his bed on Saturday from his injuries sustained more than three decades prior. The death has been ruled a homicide.

The Mitchell family is asking for Coleman to face charges related to their nephew’s death.

“I just want Johnny Coleman to get what he deserves. I’d rather the courts be the ones that do it to him. He needs to pay for what he did to my nephew,” James Mitchell said.

James Mitchell wants Coleman to spend the rest of his life behind bars. But the Marion County prosecutor thinks it may not be that easy.

The Prosecutor’s Office has not determined if Coleman can be charged with murder or if it would be considered double jeopardy, according to a release from IMPD.

“They should open the case up and charge him with homicide. He took Patrick’s life at two months old,” said James Mitchell.

The Mitchell family is donating all of Patrick Mitchell’s medical equipment so it can go to other families in need. But that makes the house feel even more empty.

“I don’t even want to live in this house anymore. There’s too much sorrow and heartache,” said James Mitchell.

Through their pain, the Mitchell family is sharing their nephew’s story in the hope that it can raise awareness of shaken baby syndrome.

“If the baby’s crying, any baby, you should lay the baby down in the crib, or give it to somebody else. Your anger isn’t worth taking an innocent baby’s life,” said James Mitchell.

Right now, the Mitchell family is waiting for the official autopsy and hoping it can give them answers. While they wait, they grieve.