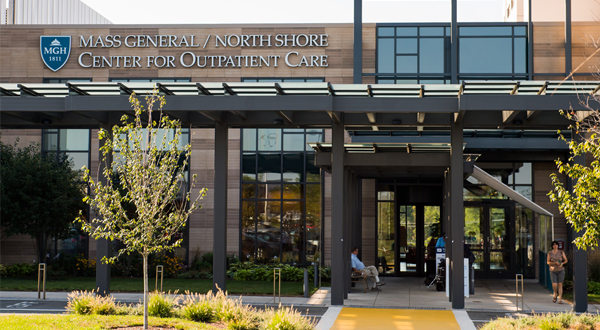 Growing Up with Epilepsy: Rose’s Story

Rose’s first seizure was on Valentine’s Day when she was 11 years old. That first seizure was a generalized tonic-clonic seizure. She was taken by ambulance to the hospital, where doctors ordered an EEG. Rose’s mom could tell by the expression on the EEG technologist’s face that something was wrong. Later that night, a call from the pediatrician confirmed that the EEG technologist had seen findings on Rose’s test that were consistent with seizure activity. The doctor recommended that Rose immediately start treatment with an anticonvulsant medication.

The first medication the doctor prescribed made Rose throw up, so after only a week, she was switched to a different drug. The second drug provoked an allergic reaction that caused a skin rash, which is a known side effect of some seizure medications. Often the symptoms are mild and not harmful, but in some cases the rash can progress to a more severe immune reaction called Stevens-Johnson syndrome, which can require hospitalization or even be life threatening. Rose’s rash posed a potential threat to her health, so she was switched to a third medication.

While on the third medication, Rose’s parents, Kathy and Tim, noticed a decline in her academic performance. Rose also received a neuropsychological evaluation and her scores showed a significant enough decline from a previous test to worry her parents and the neuropsychologist. It was suspected that the new medication was affecting her ability to learn, so once again, the family opted to change the medication. The fourth medication had less of an adverse impact on Rose’s cognitive functioning, but her family wasn’t satisfied with the seizure control. Although Rose never had another generalized tonic-clonic seizure, she continued to experience upwards of 20 absence seizures per day, which impacted her learning and social interactions.

Rose explains, “It affected me in school. If I was taking a test, I could have a seizure during some part, and then I’d have to retrace, saying to myself, ‘OK, where am I? What am I doing?’ And then I’d have to start doing the problem that I was presented with all over again. And it affected me socially, because if I was talking to my friends, I could have a seizure, and then I could just completely lose track of what I was saying, and that could be a problem.”

Because Rose had tried several medications without success, and because her seizures were still impacting her quality of life, her family decided to speak with her doctors about other treatment options. Initially, a dietary therapy called the ketogenic diet was recommended, but for this teenager and her busy family, it didn’t seem like a good fit. Both parents work full time, and Rose and her siblings have active schedules, so the planning and weighing of foods involved in the ketogenic diet felt too restrictive for them.

They chose instead to try a new dietary therapy, called the low glycemic index treatment (LGIT). The LGIT allows a more generous intake of carbohydrates than the ketogenic diet but is restricted to foods that are low in glycemic index, meaning foods that have a relatively low impact on blood glucose levels. For example, Rose cannot eat pasta, most breads, some tropical fruits, or candy because these foods raise blood glucose levels too high. Instead, she eats meats, cheeses, and most vegetables because these foods have a relatively low glycemic index. She doesn’t have to weigh her foods but instead must pay attention to portion size, balancing her intake of carbohydrates throughout the day with adequate amounts of fats and proteins.

The Challenges of a Restricted Diet

While the low glycemic index treatment is less restrictive than the ketogenic diet, the LGIT still has its challenges, especially for a teenager whose peers are loading up on candy bars and pizza. Although Rose is very motivated and receives a lot of support from family and friends, sometimes it can be tough for her to resist the temptation to indulge. When she sticks with the diet, she generally has about one seizure every two weeks. However, going off the diet and eating even a couple of cookies can trigger several seizures in one day.

The diet can also provide challenges to some family routines. Although this is not typical among families using the LGIT, Rose’s entire family tries to eat as much like Rose as possible so that food preparation time doesn’t involve making two different meals. That sometimes eliminates the easy or popular meal option, like their regular Tuesday night pizza dinners. Also, grocery shopping can be more time consuming and expensive, involving trips to multiple stores in search of specific low-carbohydrate items.

Kathy adds, “We started changing what we’d eat, and we started eating really healthy foods, which was positive and negative. Some of the kids really thought it was great, and others didn’t. They were really hurting for those carbs. My son usually has two meals; he has our meal and then his meal.”

The Tradeoff Is Worth It

In spite of the difficulties, the family agrees that the diet is well worth the carbohydrate sacrifice. Rose’s brother and sisters have found that they actually like some of the foods Rose eats, like natural peanut butter, low-carbohydrate pita bread, and a whipped cream and strawberry dessert.

The real benefit of the low glycemic index treatment is improved seizure control with fewer concerns about side effects. Rose now has more energy, and she worries less about seizures. She’s on the honor roll at school and hopes to study musical theater after graduation. She says she used to be anxious about having a seizure during a performance, but now she worries more about remembering her lines and dance steps.

Kathy says, “It’s just nice to see Rose again, because she was always in that fog. And just to see her again and see how she is—that dynamic personality sometimes was subdued, and it’s back. And I’m grateful.”