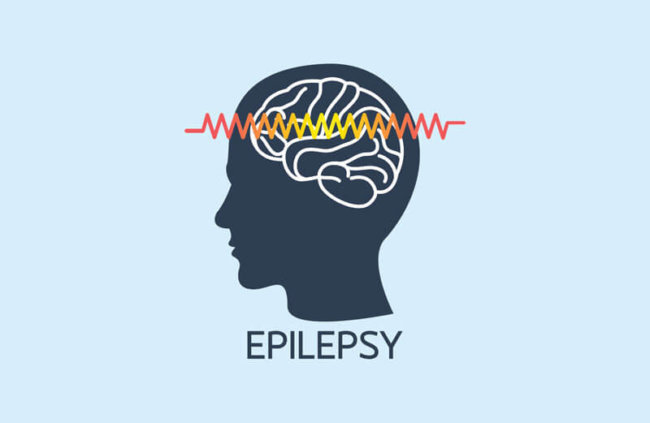 Epilepsy is a chronic brain disease that affects people around the world and is characterized by recurrent seizures. These seizures are brief episodes of involuntary movements that can affect one part of the body (partial seizures) or the whole body (generalized seizures). Until the 1990s, epilepsy was considered a mental illness.

On the occasion of International Epilepsy Day, which is celebrated on the second Monday in February, OKSalud interviews the Chairwoman of the National Association of People with Epilepsy (ANPE), Elizabeth Madrid Sanchez who explains that there are currently 50 million (Most say 65 million- EpilepsyU.com) people affected by epilepsy in the world and 2.5 million (Most say 3.5 million – EpilepsyU) people diagnosed annually, with 1% of the total burden equivalent to breast or lung cancer. 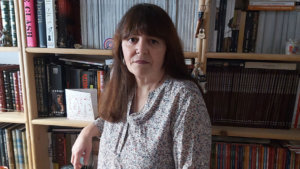 Specifically, in recent years, the disease has experienced an increase in children and adolescents due to the abuse of screens and in the case of older people it has increased up to five times due to increased life expectancy.

QUESTION.- There are different types of epilepsy, how can we identify them?

ANSWER.- Yes. There are different types of epilepsy; the best known by society is the convulsive crisis in which the person manifests movements of the whole body, loss of consciousness and sometimes also loss of sphincters. There are also absence seizures (disconnection from the environment) auras (sensitive everything related to the senses, sight, taste, smell, hearing); These types of crises usually go unnoticed because they are not associated with epilepsy as they do not present with seizures, and therefore they are not associated with the disease, which delays diagnosis and treatment as they are not recognized.

Q.- Why does epilepsy occur? Is it hereditary?

A.- Epilepsy is a disorder of a group or groups of neurons. Seizure episodes are due to excessive electrical discharges from groups of brain cells. The discharges can occur in different parts of the brain. Seizures can range from very brief episodes of absent or twitching muscles to prolonged and severe seizures. Their frequency can also vary from less than once a year to several a day. Some types of epilepsy are hereditary, most of them have a genetic origin and are associated with rare syndromes and/or diseases.

Q.- How and at what age does epilepsy manifest itself?

A.- Epilepsy can manifest itself at any age, without discriminating against age, race or sex, although it is true that in women it has other different connotations due to the hormonal system. The origin can be genetic, metabolic, infectious, toxic, stroke, degenerative diseases, such as Alzheimer’s in older ages, malformations, etc., and it manifests itself in different ways, the best known being seizures.

A.- Depending on the type of epilepsy and its origin, it can be prevented; the consumption of alcohol and substances can favor the appearance of crises; also the use and abuse of screens favors that we can develop a type of epilepsy called photosensitive.

Q.- How does it attack the organism? What is its evolution?

A.- If the patient does not have his epilepsy controlled, the deterioration at the cerebral level is important. If the crisis lasts a long time, it can even cause a fatal outcome; if it lasts more than five minutes, the patient needs urgent medical attention. The evolution will depend a lot on the type of epilepsy. The most severe cases, which are usually associated with syndromes such as Dravet or Lennox-Gastaut, begin in childhood and are a type of severe epilepsy.

80% of people with epilepsy have their disease under control and can lead a normal life, study, work, etc., without any kind of problem; the remaining 20% ​​are drug-resistant patients (they do not respond to medication) and their situation is more complex, since they usually have more crises throughout the day that prevent them from leading their lives normally.

Q.- How do you live with epilepsy? What daily difficulties does the patient and his environment encounter?

A.- People with epilepsy face daily educational, work and social obstacles due to the stigma that still persists in society due to lack of information and training about the disease. False myths and obscurantism have fueled the false belief for centuries that people with epilepsy are possessed or disturbed, which makes those of us who live with it isolate ourselves, further promoting rejection.

Q.- What physical and psychological effects does it cause in the person?

A.- Crises that occur with a seizure can cause other damage, such as blows, falls, etc. On a psychological level, the affected person should talk to their neuropsychologist to provide them with tools to improve their memory, concentration, and learning, in the case of children and adolescents.

Q.- Do you think that society is aware of the seriousness of this pathology? What could be done to raise awareness? Is there sufficient public and institutional support?

A.- Society does not have information or training on epilepsy, which affects late diagnosis, which leads to greater deterioration due to lack of control and pharmacological monitoring and further fuels the stigma. More information campaigns are needed at an institutional level, training and informing educators in schools and institutes and, of course, also in the workplace. We recently presented in the Congress of Deputies a Proposal Not of Law (PNL) that includes all the health, educational, employment and social needs that people with epilepsy and their families need, since the disease not only affects the patient, but also to the nearby environment. We hope it will be a reality soon.

Q.- What is the most important thing when dealing with a patient suffering from this pathology?

A.- The most important thing is to start by normalizing the disease by talking to the affected person, seeing it like any other chronic disease, taking an interest in their condition and how they are dealing with the disease. The emotional situation of people with epilepsy is very important since the rejection just for having it is enormous and they tend to isolate themselves, not wanting to leave or even enter into depression due to all these factors. The person must always be put before the disease they suffer from and that is why we must humanize them. It is important to know what to do with a person who suffers from epilepsy and talk to him/her and know how to act in case of witnessing an episode, especially if the crisis leads to a seizure. This information should be taken into account in First Aid courses.

Q.- Achievements and milestones for 2021 Challenges for 2022

A.- One of our most ambitious projects is to reach out to Education to change the view of epilepsy from childhood. We believe that schools and institutes are the places where things can really change, with education and teaching staff being the main base, and that is why this year we hope to be able to launch our training for those who are with our children every day. Companies are also among our priorities, since dismissals or lack of access to the labor market is greater in people with epilepsy, we find ourselves, in many cases, with the situation of having problems trying to access a job and being rejected for having epilepsy, and many people hide their illness because they know they will not enter the selection process. Even once incorporated into work, many are fired or relegated to another type of job, even isolated, for suffering from this condition. Companies must have information and training on the disease to avoid situations such as those that occur today and we will give visibility to this issue through campaigns that we will launch from our association.