Gene find could lead to treatment for epilepsy, Alzheimer’s disease 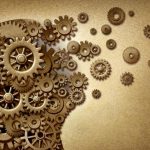 A study conducted in the US has hit upon a new strategy to identify genes that underlie specific brain processes, and may eventually help scientists develop treatments for patients with memory impairments.

More than 100 genes linked to memory have been identified, paving the way for treatments for conditions like epilepsy and Alzheimer’s disease.

A study at the Peter O’Donnell Jr. Brain Institute includes the results of a new strategy to identify genes that underlie specific brain processes. This strategy may eventually help scientists develop treatments for patients with memory impairments.

“Our results have provided a lot of new entry points into understanding human memory,” said researcher Genevieve Konopka. “Many of these genes were not previously linked to memory, but now any number of labs could study them and understand their basic function in the brain. Are they important for brain development; are they more important for aspects of behaviour in adults?”

The study stems from previous research by Konopka that linked specific genes to resting-state brain behaviour. She wanted to use that same assessment to evaluate brain activity during active information processing.

To do so, she collaborated with Bradley Lega, a neurosurgeon with the O’Donnell Brain Institute conducting memory research on epilepsy patients while helping to locate the source of their seizures. Lega maps the brain waves of these patients to understand what patterns are critical for successful memory formation.

Combining their techniques, the doctors found that a different group of genes is used in memory processing than the genes involved when the brain is in a resting state. A number of them had not previously been linked to any brain process, Konopka said.

Lega is hopeful the findings can help scientists better understand and treat a range of conditions involving memory impairment, from epilepsy to Alzheimer’s disease.