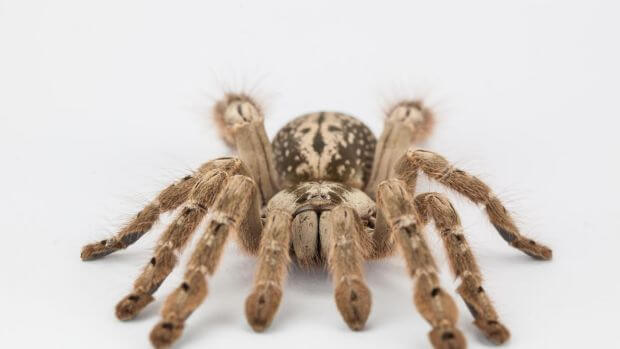 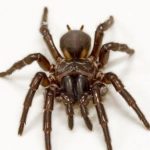 Several new Australian-developed medicines showing promise treating childhood epilepsy, stroke and autoimmune diseases have emerged from an unusual source: the fangs of venomous creatures.
Big pharmaceutical companies are excited by results showing these new venom-drugs are often superior to man-made drugs, and they are starting to pour money into research.

Many of the drugs come from spiders. The secret to their success? About 400 million years of evolution.

That has allowed arachnids to refine their chemicals into weapons with extraordinary effectiveness and accuracy.

“These venoms literally cannot get any better,” says Professor Glenn King, a venom-drug researcher at the University of Queensland.”The spiders have stopped evolving them. The last couple hundred million years – it was like, ‘nah, we’re just going to stick with these, they are perfect’. So we have these really beautiful molecules.”

Spidervenom is unique because unlike lizard or snake venom it targets the nervous system to paralyse its victim, rather than the cardiovascular system. This makes it a prime candidate for treating nervous-system disorders.  PICTURED: A Fraser Island funnel-web spider. Photo: Bastian Rast

Professor King’s team was searching for a treatment for Dravet syndrome, a rare form of childhood epilepsy that causes potentially-lethal seizures. Dravet is a result of a gene mutation that damages an ion channel in the brain that is important for calming brain activity.

The team found an African spider, the Togo starburst tarantula, had venom that manipulated this ion channel. After a bit of tinkering in the lab, Professor King’s team was able to produce a molecule that effectively activated the ion channel in humans, calming brain activity.
In mice with induced Dravet syndrome, the molecule seemed to stop their seizures altogether. The team hopes to begin clinical trials within the next few years.
Professor King’s team aren’t the only ones racing toward commercialisation. At Monash University, Professor Ray Norton is working on a toxin found in sea anemones, odd creatures that resemble colourful underwater plants, but are actually predatory animals that hunt small crustaceans and fish using a toxin containing a huge array of different compounds. 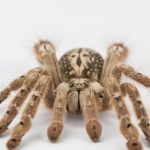 Among those toxins: a small protein about to enter phase-two clinical trials for autoimmune disease. These diseases result from a confused immune system attacking the body’s own tissue. There are several medicines that can blunt the attack, but they usually do this by shutting down the immune system.  PICTURED: The Togo Starburst Tarantula, whose venom is being used to treat a rare form of epilepsy. Photo: Bastian Rast
Professor Norton’s drug draws on venom’s remarkable precision to attack only the malfunctioning part of the immune system, leaving the rest working as normal.
“In clinical trials for psoriasis (an autoimmune skin condition) patients, it really made a massive difference to them. The trial was supposed to last for two months, but within one month most of the people were showing significant  improvement,” he said.
Equally promising drugs are being developed at Monash from scorpion toxins such as a drug developed from the venom of the deathstalker scorpion, which is in clinical trials in Australia. It makes cancer cells grow bright green, making difficult cancer surgery much easier. The American creators have christened it ‘tumour paint’.
Not every drug makes its way through clinical trials, but the University of Queensland team has several irons in the fire.

A project to use venom to inhibit the ion channel that transmits pain is ongoing. More promising is a venom protein manufactured by the Fraser Island funnel-web spider, which is in preclinical studies for the treatment of stroke.
Strokes cause parts of the brain to lose blood flow and, therefore, oxygen supply. As neurons lose oxygen, they activate an ion channel. Scientists aren’t sure why, but activating that channel slowly kills them.
“If you get to the hospital three or four hours after a stroke, there is nothing that can be done. The rule of thumb is you lose about two million neurons a minute after a stroke – so the sooner something can be done the better,” Dr King said.
In mice, funnel-web venom turns out to be an excellent inhibitor of that ion channel, preventing damage to the brain after a stroke.  The compound is a couple of years away from clinical trials, but Professor King can imagine arming paramedics with it, allowing them to administer it as soon as they reach the patient and stop brain-death in its tracks.