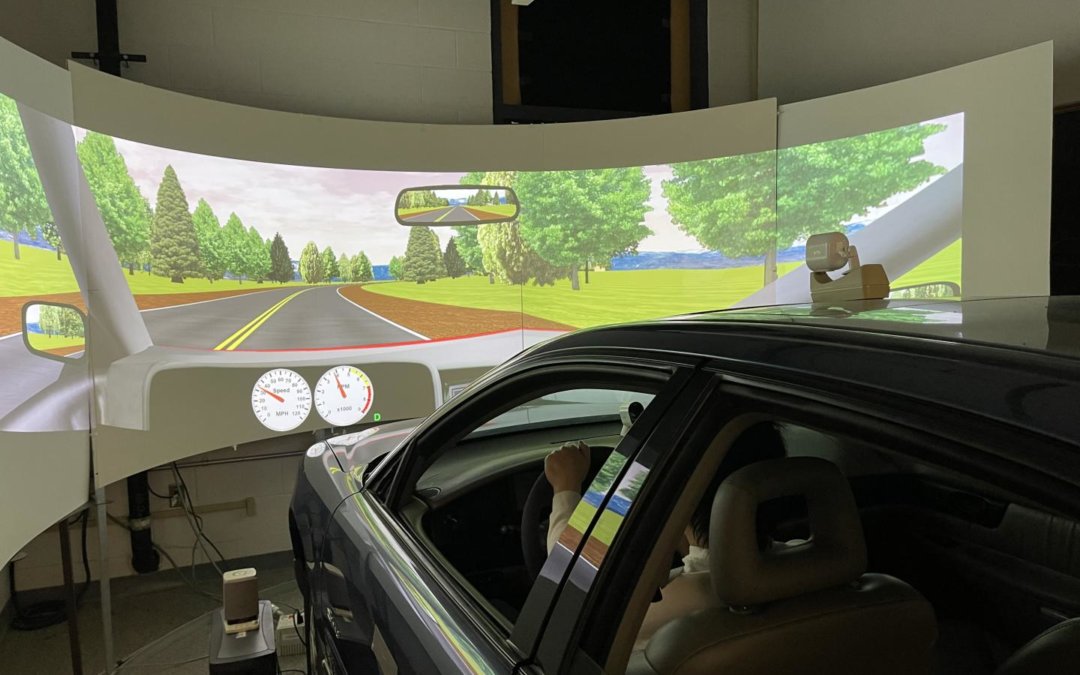 Diagnosed with epilepsy at age 23, Megan Gray was told by doctors that she would never be able to drive again. She began relying on family, friends and rideshare companies to get around, but quickly realized the hassle and expense was too much. This loss of independence led Gray to start Moment AI, a technology company focused on the development of artificial intelligence systems that detect, monitor and analyze human health abnormalities that occur on the road.

Moment AI is now partnering with Samer Hamdar, an associate professor of civil and environmental engineering at the George Washington University, to launch a project aimed at developing AI systems that could one day prevent health-induced traffic accidents, including those linked to stress.

“My first experience with seizures was triggered by stress and ultimately the disorder affected my ability to drive,” Gray said. “After spending some time researching advanced driver-assistance system technologies that could help detect my seizures, I started Moment AI. This collaboration with Dr. Hamdar will take us one step further and could help increase safety on the road.”

Hamdar and his team at GW will create high quality image and video datasets using driving simulators, and then train and test advanced AI systems to predict and detect health abnormalities and stress-induced medical events, such as driver fatigue; driver seizure; driver stroke; and driver sudden cardiac arrest, which all can contribute to or even cause traffic accidents.

“Mobility and certain core services should be available to all people, including those with health problems and demanding work environments,” Hamdar said. “Moment AI is a special project: it showcases the need for transportation equity and builds on a personal story to launch an academic/industry partnership that may have a significant impact on the lives of many in need.”

Hamdar is director of the GW Transportation Program’s Center for Intelligent Systems Research. He is working with several GW students, including both graduate and undergraduate students, on this project. In addition to this project, the program studies traffic flow theory and safety, driver behavior modeling, pedestrian detection and modeling, transportation technology, including autonomous vehicles, and sustainability in transportation systems.

In the end, Hamdar and his team hope to create a prototype of an in-vehicle AI system that could detect the start of a health problem, then take over controls of the car and guide it to a safe place on the side of the road.

For Gray, the ultimate goal is to increase the safety for all drivers.

“We hope to minimize the health risks caused by stress and reduce the driving restrictions placed on people with disorders,” Gray said. “Driving is about independence. And when more people can drive, more people can work and contribute to society.”