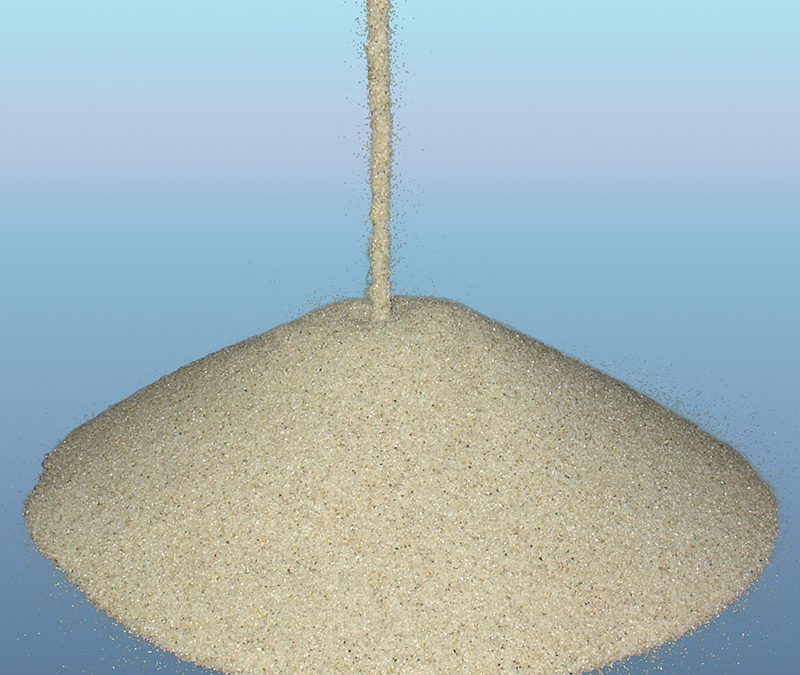 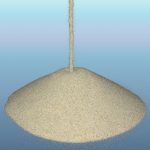 One of the deep problems in understanding the brain is to understand how relatively simple computing units (the neurons), collectively perform extremely complex operations (thinking).

In 1999 Danish scientist Per Bak made the startling proposal that the brain worked in much the same way as a sand pile. As more sand is added to the pile, many small avalanches keep the entire pile stable. Similarly, electrical avalanches in the brain hold it at a balance point, or critical point, where information processing is optimized.

The model is intuitively attractive and experiments with isolated slices of brain tissue have indeed shown that spontaneous electrical activity displays the statistical hallmarks of criticality, which seems to be the brain’s normal, or resting, state.

But there was a piece missing, said Ralf Wessel, Ph.D., associate professor of physics at Washington University in St. Louis. ‘On the one hand, the hypothesis was that, at criticality, the brain is optimized for computation. On the other hand, people had only studied brain tissue that wasn’t actually doing anything,’ he said.

‘We wondered what would happen if the brain had a job to do, if there were sensory input it had to process. Would the brain still operate at criticality?’

To find out Wessel’s lab at Washington University and Woodrow Shew’s lab at the University of Arkansas collaborated to monitor electrical activity in the visual cortex when a series of moving images played across the retina.

As they report online in Nature Physics on June 22, the sensory input momentarily pushed the cortex away from criticality but, no matter what the input, the cortex spontaneously returned to the critical regime.

‘The system naturally adapts to input,’ said Shew, an assistant professor of physics at the University of Arkansas, ‘tuning itself back into a good state for handling the input and making sense of it.’

‘In the future, brain dynamics might serve as a biomarker for health or disease,’ said Yahya Karimipanah, a graduate student in physics in arts and sciences at Washington University in St. Louis and a co-author on the paper.

‘When people are sleep-deprived,’ he said, recordings indicate the electrical activity in their brains is subcritical. On the other hand, the uncontrolled firing during an epileptic seizure is a manifestation of supercritical dynamics.

The concept of criticality is central to the model. To explain criticality Wessel uses the metaphor of a game played on a checkerboard of cells. ‘Suppose each cell of the checkerboard can hold up to three grains of sand before it ‘topples.’ When the fourth grain is added, the cell adds a grain of sand to each of its neighbors and if any of these neighbors are ‘full’ they redistribute sand to their neighbors as well.

A neuron is like a square in the checkerboard, he said. It sums its inputs and once it reaches a threshold, it fires, sometimes causing connected neurons to fire as well. ‘In that sense,’ he said, ‘the checkerboard model is a perfect metaphor for the dynamics of the brain.’

At the start of the game, communication is very local. An avalanche travels only two or three cells and then stops. But when every cell is ‘loaded,’ there’s a very good chance that an avalanche will travel across the network.

Criticality, Wessel said, is in the ‘Goldilocks region,’ where the brain is neither too sluggish nor too reactive. Its hallmark is firing avalanches that follow what is known as a power law, where smaller avalanches occur more frequently than larger ones.

The checkerboard is subcritical when many of the squares hold few grains of sand and the addition of a grain doesn’t trigger an avalanche. It is supercritical when most of the cells have three grains already, so when a grain is added — boom — the activity travels everywhere.

‘The checkerboard game illustrates how you can end up with something incredibly complex, by repeating the same simple rule over and over again,’ Wessel said.

‘Of course I don’t mean that the brain can melt or freeze, but it can switch from orderly to disorderly behavior,’ he said. ‘Both states or phases are less than optimal. An epileptic seizure is an example of an extreme level of order; all your neurons are doing the same thing together and that’s not good. You need a little bit of disorder for your brain to work effectively.’

‘In this paper we describe what happens to the visual system when you drive it really hard. Intense visual input pushes it into one of these phases that’s not computationally effective, at least briefly. But there’s a natural process by which it adapts, tuning itself so that it is back to a state where it can make sense of the input.’

‘That’s a surprising thing,’ he said.

This explanation for how the brain works might seem outlandish at first, but on reflection it makes sense that a brain able to read a map one moment and identify Bach’s Sonata No. 1 in G minor would seek a dynamic tipping point where it would be poised to nimbly adjust to changes in input.