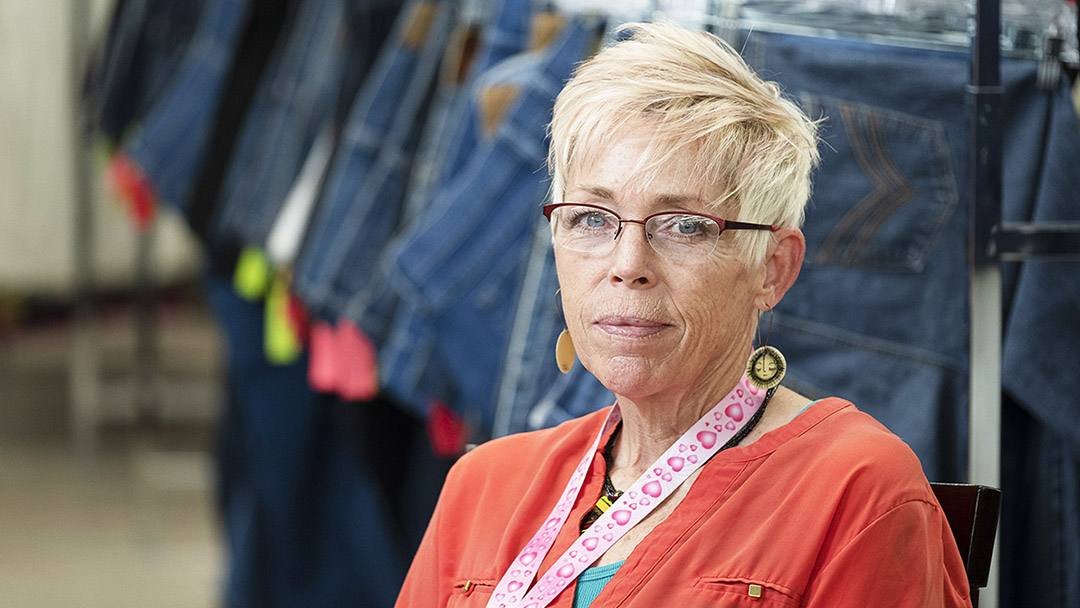 PHOTO: Janice Breien was anxious to find a better way to manage the seizures that regularly disrupted her daily life. Enter her Mayo care team — ready to listen and provide solutions. Now, with her seizures under control, Janice has a renewed sense of optimism.

“I went through years of not being able to do anything,” says Janice Breien, a 61-year-old Menomonie, Wisconsin, resident. “I was put on permanent disability because of my uncontrollable epilepsy. I couldn’t even volunteer.”

Janice had seizures off and on throughout her life. Then, after being injured in a motorcycle accident, she started experiencing grand mal seizures.

“When I hit about 43, they came on and they stayed,” Janice says. She could no longer engage in her occupation as a goldsmith. It was too dangerous to work with welders, hot metals and fire. Janice’s daughter, then in her early teens, was in charge of calling 911 during Janice’s seizures.

Janice, who was living in Milwaukee at that time, says she felt that she was taking far too many medications and did not like their side effects. “I told my doctors I could not take them because of what they were doing to my brain,” Janice says. “They told me it was impossible (to get off of those medications).”

Janice also was dealing with a variety of other health concerns, including post-traumatic stress disorder, fibromyalgia, osteoporosis and osteoarthritis.

In an attempt to decrease the frequency of her seizures, Janice had a vagus nerve stimulator implanted. The device, which sends electrical impulses to the vagus nerve, may be used to ease seizures that aren’t adequately controlled with medications. The stimulator reduced Janice’s larger seizures, but she still had frequent small ones.

“I couldn’t live like this anymore. I knew there was something wrong.”Janice Breien

As the seizures continued, Janice worried about the long-term effects of the anti-seizure medications that she was taking. Then she was diagnosed with epilepsy-related dementia. Constant fear consumed her, and she was afraid to leave her house.

Janice says she was so miserable that she considered ending her life. “I couldn’t live like this anymore,” Janice says. “I knew there was something wrong.”

When Janice moved from Milwaukee to Menomonie, she connected with Scott Spritzer, D.O., in Neurology at Mayo Clinic Health System in Eau Claire, Wisconsin. She was relieved by Dr. Spritzer’s approach to her care and his understanding of her desire to get off the medications she was taking.

“He said, ‘I’m starting from scratch,'” Janice says. “He listened to me. He’s just the most wonderful, gentle doctor.”

Dr. Spritzer recognized that some of the seizure events Janice was experiencing may not have been related to her epilepsy. He scheduled Janice for evaluation in Mayo Clinic Health System’s Epilepsy Monitoring Unit. There her care team was able to observe her seizures and view her brain activity via an electroencephalogram — a test that detects electrical activity in the brain using small metal discs, called electrodes, attached to the scalp.

Comparing the results of her unusual events over the course of three days, it was apparent that some of Janice’s episodes were not epileptic seizures. Those events, which appeared to be triggered by stress, would require a different treatment.

“(Dr. Spritzer) listened to me. He’s just the most wonderful, gentle doctor.”Janice Breien

“Since Janice elected to stay off medications, I referred her to begin talk therapy for her nonepileptic events,” Dr. Spritzer says.

Janice says that she was amazed at how quickly Holly McAbee, her Mayo psychotherapist, was able to help her. McAbee taught Janice to recognize her nonepileptic events by what she was feeling. She explained what was happening in Janice’s brain during these events and how Janice could control them with techniques such as visualization and breathing.

“With Holly’s help, I can recognize the two and control the emotional — stress seizures, I call them — that are brought on by my mind, my memories,” Janice says.

Today, Janice estimates that her quality of life has improved 75%. “I am singing. I am smiling,” she says. “I enjoy life.”

Dr. Spritzer credits that remarkable change to Janice’s dedication to her therapy. He says it also was key that Janice shared all the details of her symptoms with her care team. That allowed them to see the full picture and offer her the best treatment. “I think the most important thing is to maintain a line of communication with your doctors,” Dr. Spritzer says.

With her seizures and nonepileptic events under control, Janice is able to volunteer again, working in a charity thrift store. She says that it feels good to be able to contribute to her community. “Just because I have a disability doesn’t mean I can’t volunteer to help others less fortunate than me,” she says.