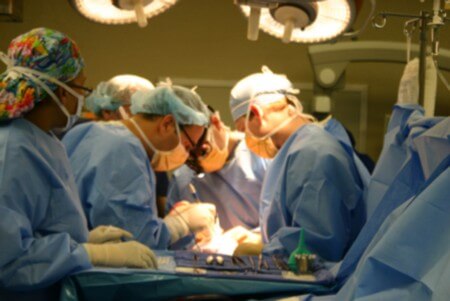 For Uncontrolled Seizures, Epilepsy Surgery May be the Best Option

For carefully evaluated patients who qualify, the success rate for epilepsy surgery is high.

RESEARCH SHOWS THAT specialized brain surgery for epilepsy control is performed for only a small fraction of the people who could benefit. Even when surgery is eventually performed, it has often been unnecessarily delayed for many years. Epilepsy specialists hope to foster greater acceptance of surgery for uncontrolled seizures, so that more people may have a better life.

The potential benefits of epilepsy surgery can be summed up in a simple comparison. When a person continues to have seizures despite trying at least two antiepileptic medications as properly prescribed, the chance that any further medications will stop his or her seizures is less than 10%. On the other hand, for carefully evaluated patients who qualify, the success rate for epilepsy surgery is high. For example, at Cleveland Clinic, where more than 400 epilepsy surgeries are performed every year, 60% of patients have no further seizures after surgery, even after many years have passed. Many other patients have a major reduction in their seizures, with meaningful improvement in their quality of life.

People experiencing epilepsy are well aware of the toll exacted by uncontrolled seizures. Challenges include increased risk for accidents and physical injury as well as significant limitations on driving, employment, family life and independence. Psychological effects often follow, and people with uncontrolled seizures are at increased risk for depression and anxiety. Uncontrolled seizures also tend to bring high medical expenses, seriously impacting a person’s finances as well as physical and psychological well-being. For all these reasons, stopping the seizures can be life-changing – and in many cases, this is possible only with specialized brain surgery.

Despite the potential benefits, some people – including both doctors and patients – have the misconception that epilepsy surgery is a risky last resort. It’s natural to feel uneasy about having brain surgery, but the fact is that with sophisticated imaging and modern surgical techniques, the risks are very low. Epilepsy surgery has been performed safely and successfully for over 60 years, and the procedures have been continually refined and perfected over time. If you or a loved one are considering surgery at an advanced epilepsy center that specializes in these procedures, you can be confident in having a safe experience and full recovery. In fact, the most serious epilepsy-related lifelong risk of all – sudden unexpected death – is significantly greater for people with uncontrolled seizures who do not have surgery than for people who do.

Epilepsy surgery is not for everyone. Detailed testing at a specialized epilepsy center is required to determine whether it’s possible. But if the results show that a person’s seizures all arise from a specific spot in the brain, and if that spot is in a region that can be safely removed, then surgery may be a promising option.

If you or a loved one have uncontrolled seizures despite having tried at least two antiepileptic medications as properly prescribed, the possibility for epilepsy surgery should not be overlooked. Ask your neurologist about this, or schedule a consultation with an epilepsy specialist at a center that performs these procedures.