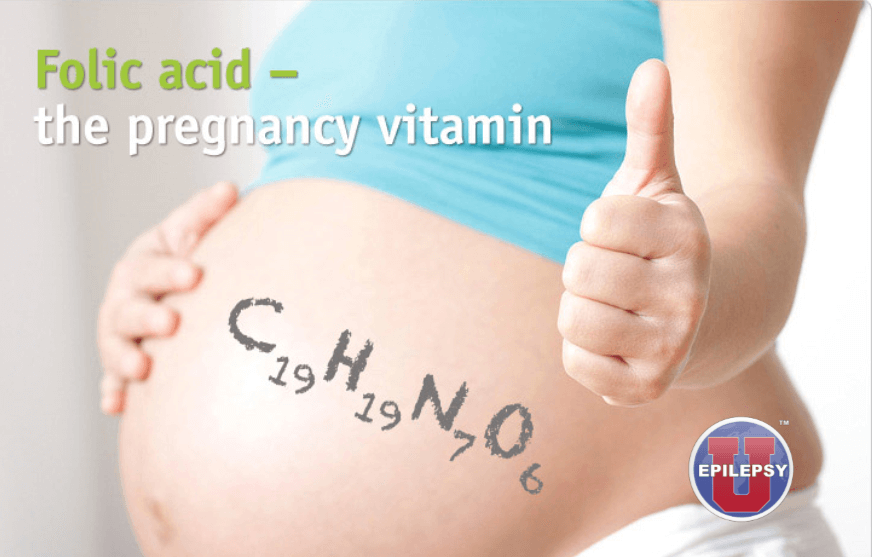 Folate May Limit Language Delays in Kids of Epileptic Women

Not using folic acid before and during pregnancy increased risks substantially.

Supplemental folic acid before pregnancy and during the first trimester may limit language development problems in children exposed to anti-epileptic drugs in utero.

Note that the study suggests that beginning supplemental folic acid prior to pregnancy and continuing it through at least the first trimester does have substantial benefit for children of women with epilepsy on anti-epileptic drugs.

Supplemental folic acid before pregnancy and during the first trimester may limit language development problems in children exposed to anti-epileptic drugs in utero, an analysis from Norway suggested.

Children whose mothers used anti-seizure medications but who did not take folic acid supplements were four times more likely to have delays in their verbal language skills at 18 months, and five times more likely to have language delays at 3 years, than children whose mothers did not use anti-epileptic drugs, reported Elisabeth Synnove Nilsen Husebye, MD, of the University of Bergen, and colleagues in Neurology.

“We found a synergistic effect with anti-epileptic drugs, meaning that if you use the drugs, it’s a lot more important to take folic acid than if you don’t,” Husebye told MedPage Today.

Many anti-epileptic drugs interact with folate metabolism, she noted. Prior studies have linked a mother’s folate status to her baby’s neurodevelopment, including autism traits. And while women taking anti-seizure drugs who could become pregnant are encouraged to take folic acid, a recent study showed only half do.

In this study, researchers analyzed data from about 335 children of mothers with epilepsy and 104,222 children of mothers without epilepsy (controls) from the Norwegian Mother and Child Cohort from 1999 to 2008. Parent-completed questionnaires provided information about medical history, anti-epileptic drug use, and folic acid supplementation during pregnancy including the periconceptional period, which was defined as 4 weeks prior to conception through the first trimester.

Maternal plasma folate and maternal plasma and umbilical cord anti-epileptic drug concentrations were measured in blood samples from gestational weeks 17 to 19 and immediately after birth, respectively. Ages and Stages Questionnaires completed by parents were used to evaluate language development at 18 and 36 months.

A total of 268 children were exposed to anti-seizure monotherapy in utero; 65 children were exposed to AED polytherapy. In children exposed to monotherapy, the most frequently used drugs were lamotrigine (Lamictal; 39%), carbamazepine (Tegretol; 26%), valproate (Depakote; 15%), levetiracetam (Keppra; 6%), topiramate (Topamax; 4%), and oxcarbazepine (Trileptal; 3%). In the polytherapy group, the most frequently used AEDs were lamotrigine (51%), carbamazepine (32%), valproate (29%), levetiracetam (29%), oxcarbazepine (23%), and topiramate (15%).

“Although neurologists have been encouraged to recommend supplemental folic acid to women with epilepsy of childbearing age for decades, no studies have shown a clear beneficial effect of supplemental folic acid on reducing major congenital malformations in the setting of first trimester anti-epileptic drug exposure,” commented Page Pennell, MD, of Brigham and Women’s Hospital in Boston, who was not involved in this study.

But this research “adds further evidence to the burgeoning data that beginning supplemental folic acid prior to pregnancy and continuing it through at least the first trimester does have specific and substantial benefit for children of women with epilepsy on anti-epileptic drugs,” Pennell told MedPage Today.

“The Neurodevelopmental Effects of Anti-epileptic Drugs (NEAD) study also reported benefits of periconceptional folic acid use, with higher verbal outcomes and mean IQ scores at ages 3- and 6-years old, respectively, in the children of mothers with epilepsy on four different anti-epileptic drug monotherapies,” she added. “Since over 50% of pregnancies in women with epilepsy are unplanned, it is critical that all women of childbearing age be placed on supplemental folic acid.”

American Epilepsy Society guidelines focusing on pregnancy in women with epilepsy were published in 2009 (with an update currently in progress) and recommended supplementing women with epilepsy with at least 0.4 mg of folic acid before they become pregnant, Pennell said.

“Since then, although we have more robust data on the importance of periconceptional folic acid on fetal brain development, the findings still do not provide guidance on the best dose of folic acid supplementation,” Pennell noted. Even though “we do not know the right dose, it is common practice to recommend at least 1 mg of folic acid daily,” she said.

One limitation of this research is that it was conducted in Norway, where — unlike the U.S. — foods are not required to be fortified with folic acid. Another is that children’s language skills in this study were assessed by parents, not by researchers.