Why Do Flashing Images Cause Seizures? 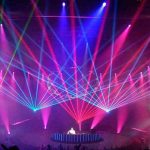 According to the Centers for Disease Control and Prevention, about 1.8 percent of American adults—about 4.3 million—have epilepsy, a brain disorder that causes seizures. A much smaller percentage of that group has experienced seizures triggered by lights or patterns. Called photic or pattern-sensitive seizures, these occur when people with epilepsy see a series of images or video that fall into a certain range of color, pattern and frequency.

In 2005 there was a work group put together on these seizure types that also conducted a literature review to help better characterize epileptic photosensitivity. They found that people with epilepsy have a 2% – 14% chance of having such a seizure.

Persons with epilepsy have reported seizures from watching a wide range of things, the team found, from a spinning potter’s wheel to TV commercials that feature strobe-like lights. But they warned that photosensitivity and its relation to epilepsy is not very well understood. This is due in part to the fact that it’s not exactly ethical to gather patients with epilepsy and expose them to images that could trigger a seizure—especially since seizures can be deadly.

Researchers, however, can test photic seizures in animals, and they’ve done so on multiple occasions. A test on baboons suggested that, this type of seizure is linked to the cerebral cortex—the part of the brain that transmits visual information to the rest of the brain.

But the mechanisms by which seizures occur in humans are not yet fully understood. Right now, scientists think that one or multiple areas of the cortex can be stimulated by flashing or striped patterns, triggering abnormal, wave-like electrical activity inside the neurons of the cortex.

Scientists also know the characteristics of imagery that apparently triggers abnormal brain activity. Brightness appears to be the most intense trigger, followed by the rate at which an image flashes. Certain colors, like red, and patterns, like parallel lines and stripes, can induce seizures, too.

Perhaps the most famous example occurred in 1997, when hundreds of Japanese children were taken to the hospital after suffering from seizures, vomiting blood, fainting or becoming dizzy while watching an episode of Pokémon. The culprit was a sequence during which red and blue lights flashed onscreen after a bomb exploded onscreen—which makes sense, given that red and blue stimuli have been tied to seizures for over a century.

The episode was banned and has never been shown on TV again, but scientists have been intrigued by it ever since. The so-called “Pokémon phenomenon” has been studied as an example of a visual epilepsy trigger ever since—though at least one study claimed that it was a case of mass hysteria instead. Since then, researchers have also spent time studying potential seizure triggers in things like video games.

Many people don’t even realize that they have epilepsy until a flashing light or image triggers a seizure. And though organizations like the World Wide Web Consortium, which sets international standards for the internet, have put guidelines in place for people who want to put flashing content on the web, compliance is voluntary.

Source: Portions taken from an article by Erin Blakemore for smithsonianmag.com